The PMFA News team were delighted to receive an invitation to the Medical Cosmetic Awards in Glasgow as this was the first ever event of its kind to be held in Scotland.

Despite this being Scotland’s first awards, there was tremendous support for the event, with around 250 people attending, and a palpable sense of excitement among the guests. This was enhanced by the decadent 1920s theme, with entertainment provided by singers, dancers and acrobats from Glasgow’s Swing nightclub.

Candidates and guests were welcomed by organiser Dr Nestor Demosthenous, before handing over to Dr Leah Totton, who had travelled up from London to host the awards.

The first awards of the evening focused on the industry. Best Injectable was awarded to Restylane Skin Boosters from Galderma, while BTL Aesthetics scooped Best Medical Device for its Exillis Elite and Best Skincare Range was won by Elizabeth Arden Pro by SkinBrands. Allergan’s Honor Brayshaw beat off the competition to win Best Company Representative.

The main course of the dinner, which, not surprisingly, included haggis, was followed by some of the most eagerly awaited awards. Best Aesthetician, judged by Antonia Mariconda, went to Stephanie Finney, while Jackie Partridge was named Best Cosmetic Nurse by judge Sharon Bennett and Aisling Hanly Fitzgerald received the award for Best Cosmetic Dentist from Dr Sarah Tonks.

The Best Cosmetic Surgeon category was judged and announced by PMFA News’ very own Aesthetics Sub-Editor Dalvi Humzah. The winner, Taimur Shoaib, a previous PMFA News contributor, said later he was “delighted” to have won: “This award is a reflection of the great team that we have at La Belle Forme, who provide a great patient customer experience. We also try and provide the best in cutting edge technology, training, and sheer excellence in the field.”

Best Cosmetic Doctor, another highly prestigious award, was won by PMFA News Specialist Advisor and owner of Temple Medical Dr Sam Robson, who received the award from judge Dr Kuldeep Minocha of Absolute Aesthetics. Dr Robson said: “We are thrilled to have been recognised at these extremely prestigious awards. It shows that we are regarded as among the best in the country which is a wonderful achievement for me and all of the team at Temple Medical.

“I'd like to say a big thank you to all the staff and patients - it really reinforces all the hard work that everyone at Temple Medical does. It places us at the pinnacle of the country¹s cosmetic clinics and gives us all a real boost. There are so many hard working and talented people in the industry that to be selected as best cosmetic doctor is a  major honour.”

Another particularly sought-after award, Best Cosmetic Clinic, was judged by Emma Davies, and awarded to Face and Body based in Edinburgh. An additional category, for Best Overall Non-Surgical Facial or Body Rejuvenation, was awarded to Brendan Semple.

With the audience in a celebratory mood, the organisers, presenter and judges made way for the entertainers and jazz band, who kept party going until the wee hours (though unfortunately we had to depart Cinderella-esque before the clock struck twelve).

Feedback from the guests has been universally positive, whether winners or not. We’re sure that Jay Gatsby himself would have been impressed with the lavish evening, and would like to congratulate Dr Nestor Demosthenous and colleagues on organising a fantastic event. 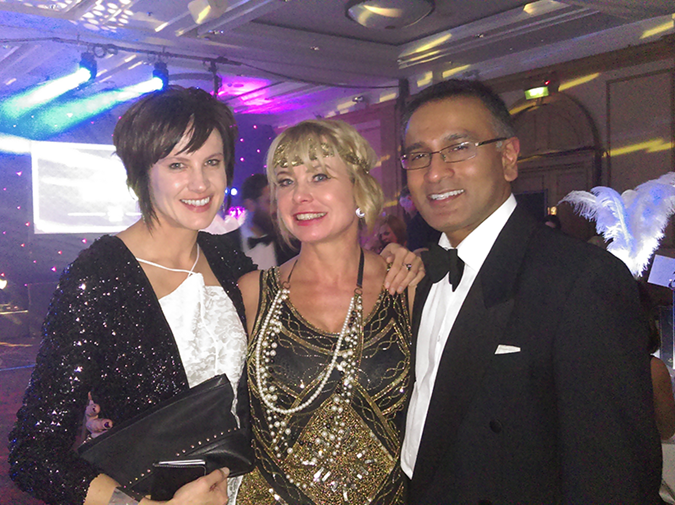 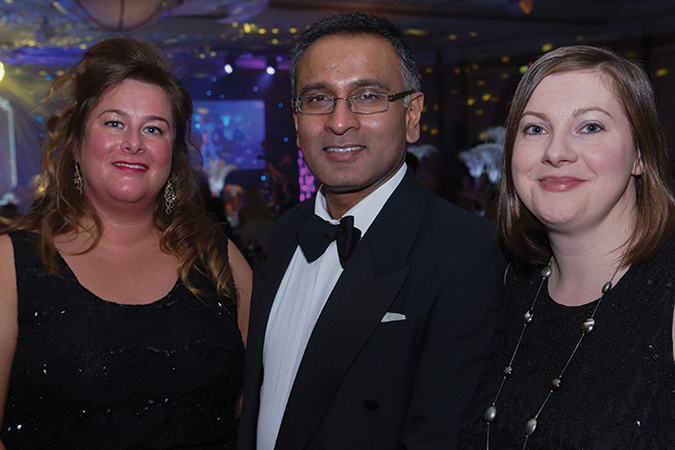