Vascular complications from the use of soft tissue fillers can be devastating. In the first of a two-part series (click here for Part 2), the authors discuss how to avoid these adverse events.

In the past decade, the number of aesthetic procedures with soft tissue fillers (STF) has increased dramatically. Although the outcome profile is mostly favourable, the number of adverse events (AEs) is increasing as STF use becomes more commonplace. The vast majority of STF-associated AEs are transient and mild in intensity and need little medical intervention.

However, vascular complications are considered as one of the most severe, yet rare, complications following treatment with STF and require immediate and appropriate medical treatment. Depending on the extent of the intravascular embolus, the clinical effect can range from asymptomatic to devastating and life changing. Blindness is considered one of the most severe AEs after STF injections and can occur after a STF enters one of the arterial connections between the central retinal artery and the extraorbital arteries (Table 1).

While the incidence of vascular compromise remains low, more cases are appearing, mainly due to the increased use of STF and more advanced indications being performed by a greater number of practitioners worldwide [1-3]. Two main types of ischaemia are discussed in this article: retinal ischaemia (potentially leading to blindness) and peripheral ischaemia (potentially leading to tissue necrosis and scarring).

Vascular compromise is the disruption of blood supply to an artery or vein after STF treatment. It can happen in any area of the face (or body) and leads – in the case of peripheral ischaemia – to a sudden onset of blanching, livedo reticularis and / or blue-grayish discoloration. Accompanying symptoms may include pain, aphasia or even hemiparesis. Vascular compromise of the retinal artery leads to a sudden onset of simultaneous occurrence of vision loss and eye pain. Ophthalmoparesis, ptosis, vertigo and fainting may occur simultaneously, as well as the above-mentioned peripheral ischaemic symptoms [4,5]. It is critical to recognise these as soon as possible so that treatment of the complication can be started immediately; there is only a short window of opportunity, often quoted as 60 minutes, before blindness becomes irreversible [6] with some recent reports of a shorter period.

The arterial occlusion, and subsequent non-perfusion, is most likely to occur within distal capillaries, as demonstrated in a mouse animal model [8]. Apart from arterial embolisation, venous obstruction is a possible cause of vascular occlusion. However, as veins increase in diameter downstream of the capillary bed, arterial occlusion seems more relevant. Arterial compression is a theoretical possibility for obstruction of blood flow, but as evidence for this possible pathogenetic pathway is absent, the current article will focus on arterial embolisation.

A thorough understanding of peripheral arterial anatomy is essential to reduce the risk of both retinal and peripheral ischaemia. General statements can be made concerning the expected anatomical layer and the general direction of the arteries. Detailed anatomy of the facial vasculature is described elsewhere [9].

In a large global review of blindness secondary to facial filler injections, Beleznay et al. reported a total of 146 cases, although this inevitably represents under-reporting [10,11]. The most common locations for filler injections causing vision changes were the nasal region (n=52), the glabella (n=51), the forehead (n=21) and the nasolabial fold (NLF) (n=20) [10,11]. Less common sites were the temple, cheek, chin and upper eyelid [11]. Historically, autologous fat injections caused the most visual compromise complications, attributed to the larger volumes and needle bore size necessary. However, for the years 2015 to 2018, 81.3% of visual impairment / loss caused by SFT occurred with the injection of a hyaluronic acid. This probably reflects the increase in popularity of hyaluronic acid during this period [11].

Vascular compromise to the retina can result in permanent blindness if the retinal artery is occluded. Due to the short distance to the central retinal artery, injections of SFT in the glabellar region are most likely to cause vascular occlusion. In particular, the supratrochlear artery, which is itself a terminal branch of the ophthalmic artery, can be inadvertently accessed due to its superomedial location at the orbit and its extensive vascular anastomoses throughout the forehead and with the adjacent supraorbital artery [7].

Embolisation of the posterior ciliary arteries, which provide a blood supply to the optic nerve, may cause optic neuropathy. Lastly, occlusion of the middle cerebral artery, a branch of the internal carotid artery, can occur with significant injection pressure and result in cerebral infarction [11].

Injection techniques can be adjusted to reduce the risk of vascular complications (Table 2). Large boluses and the use of needles should be avoided [4,5]. Positioning the bevel of the needle or cannula in a different anatomical layer to that where the artery is most likely to be found, and injecting perpendicular to the expected direction of an artery, can also reduce the risk of injecting large amounts intravascularly. 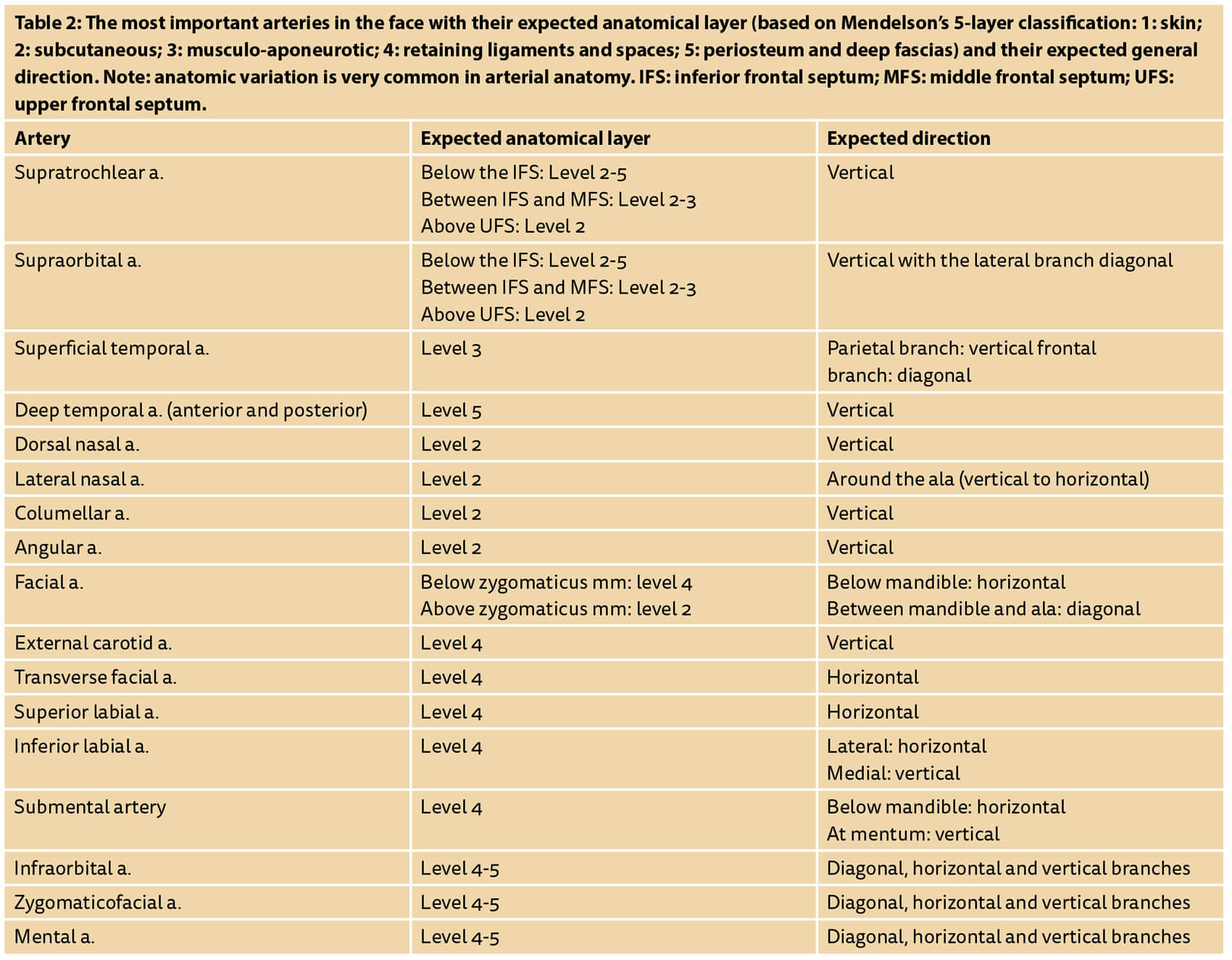 Although the risks of STF-associated vascular compromise cannot be eliminated completely, there are multiple steps a physician can take to avoid such complications. Firstly, the patient must be well informed about the risks of the treatment, and informed consent must be obtained before any procedure begins. Physicians are also advised to assemble an ‘emergency tool kit’ for the management of complications should they arise [12]. During the treatment, there are several recommendations to further reduce the risk of vascular filler complications; the 10 most important are listed below:

Aspiration is often listed as a prevention measure, but is influenced by needle diameter, needle length and the rheological properties of the STFs. One study has reported a true positive result in only 33% of the tests performed with STFs within one second of aspiration [14].

In workshops focusing on rhinomodulation, Dr Fernando Silikovic (Buenos Aires, Argentina) incorporated the advice of the authors and used a maximum of 0.025ml per bolus or retrograde linear thread, and has named this small aliquot of filler ‘The JVL Bolus’ [personal communication between J van Loghem and F Silikovic]. Cadaver studies show that only a small amount of product is required to travel from the external part of the supratrochlear artery inside the orbit to the ophthalmic artery, and thereby enter the central retinal artery at its bifurcation with the ophthalmic artery. The average volume measured was 0.085ml with a spread of 0.04-0.12ml [7]. This study was limited by the fact that data were obtained from only six fresh tissue cadaver heads (12 eyes). In addition, it cannot be assumed that findings from cadaveric head vasculature will perfectly simulate conditions of in vivo active human circulation (i.e. flow characteristics, temperature), which may account for some degree of volume discrepancy [7]. However, in light of these findings, extra safety precautions are desirable. Most commercially available syringes have markings on them, with the smallest being 0.05ml. As a practical solution, the authors advise using one marking for two boluses or retrograde linear threads, so that an amount of approximately 0.025ml is injected per bolus or retrograde linear thread (the JVL Bolus).

Recently, reports have been published promoting the use of doppler ultrasound (US) scans [15] prior to injection of STF. The rationale is that due to high arterial anatomic variations, the exact location of arteries remains unknown until they can actually be visualised. This technique may allow large diameter arteries to be localised. However, the only appropriate way for US to be used as a preventative tool would be to inject under US visualisation, as a difference of 1mm could mean the difference between intra- and extra-arterial injection.

There are some disadvantages associated with the use of US as a preventative tool for the avoidance of intravascular injection:

The main advantage of US as a preventative measure is that the injector can form a general idea of the location of the arteries. It is important that injectors using US preventatively are aware of the limited sensitivity of this safety test and practise the suggested technical preventative measures mentioned above.

Declaration of competing interests: JVL has been reimbursed by Merz Aesthetics, Allergan, Ipsen and Humanmed for attending several conferences, speaking at several conferences, acting as a consultant and a trainer. JVL is shareholder of UMA Institute and UMA Academy and is lead trainer in the Vascular Complications Management and Retrobulbar Cadaver Injections course, as well as author of the book Soft Tissue Filler Complications Management in Aesthetic Medicine, published by UMA Academy and the online webinars on complication management on the UMA Academy website. 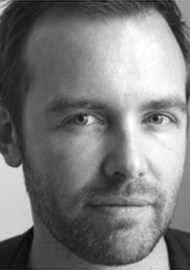 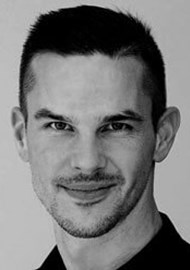 Aesthetic Physician specialising in injectables, laser and chemical peelings; responsible for the conduct of all clinical research at UMA, as well as the theoretical content of the UMA Academy. 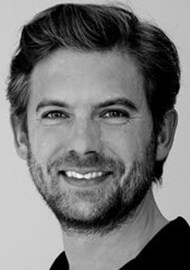