Facial symmetry is usually a priority for both patient and clinician when planning oculoplastic procedures such as ptosis repair. Changes in appearance including lid retraction or ectropion can have severe psychological consequences and may be the main reason the patient is seeking oculoplastic advice.

In severe asymmetries, the decision for surgery is usually simple, but ‘borderline’ deformities carry greater uncertainty of the benefits. However, perfect symmetry is rare and the consultation may be complicated by patients’ biases and perceptions of their own face.

Eyelid position is the most sensitive discriminating sign of facial asymmetry, with observers having lower thresholds for detecting abnormalities when compared with equal deviations in smile or eyebrow position [1]. However, contrary to popular belief, people rate natural faces as more attractive than perfectly symmetrical left-left or right-right composites, suggesting there is more to aesthetics than perfect regularity [2]. 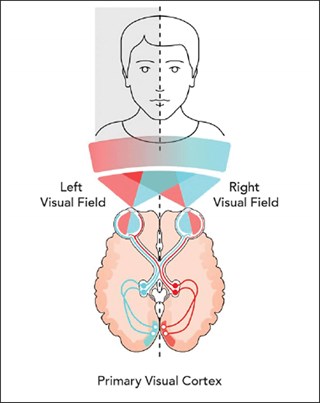 Figure 1: When looking at another person, the right side of their face is in your left visual field. 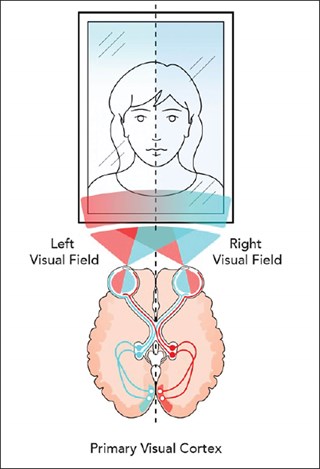 Figure 2: When looking at yourself in the mirror, the left of your face is in your left visual field.

It has been noted that people have a left-sided bias when looking at faces; that is to the ‘viewer’s left’ – the half of the face that occupies the left visual field. Studies measuring responses to photos taken of the right and left sides of people’s faces have shown the left side to be rated consistently more pleasant and attractive than the right [3]. Furthermore, chimeric faces composed of two left hemi-faces are rated as looking more representative of and similar to the original images than one of two right hemi-faces, as well as overall more attractive [4]. Deviations of the nose to the left have been reported as consistently more asymmetric than equal deviations to the right, indicating that there is a lower threshold to abnormalities in the left visual field, and that people focus more intently on that side of the face [5,6].

The reason behind this phenomenon remains unclear, although it is possibly related to the muscles on the left side of the face being more expressive. Burt et al. found left-sided chimeric faces were rated as more attractive and emotionally expressive, indicating that the perception of emotions is stronger in the left visual field [7]. This is consistent with the right hemisphere showing dominance for facial perception and recognition on functional MRI [8]. Interestingly, this effect is weakened for those whose native language is read from right to left – such as Arabic speakers – suggesting that there may be an added effect of scanning habits [9]. Consistent with this theory, a study measuring gaze patterns of participants showed that there is a significant focus of gaze on the left-hand side when exploring faces [10]. This is more pronounced in females, whose gaze was also found to be more exploratory than males with shorter fixations and longer saccades.

“Rather than perfect alignment, the patient’s goal may be to return to a face that they recognise as looking more ‘like’ themselves, either when they were younger or before the onset of a deformity”

The face is the focal point of social interaction and self-perception. Although minor facial asymmetries or deformities will not normally be noticed in the average social exchange, patients may spend a long time looking at themselves in the mirror. Possible implications of a left-sided bias from an oculoplastic perspective include patients having a greater fixation on that side of the face, and consequently reporting deformities as having greater significance. In addition, it is worth considering that total symmetry is not necessarily what patients want. Although perfect proportions have been claimed to be the epitome of beauty, people will rarely have an entirely symmetrical face. Overall facial aesthetics will take into account many emotional and biological factors that cannot be easily quantified. A study of 100 patients being consulted for upper lid blepharoplasty found that the majority had an underlying asymmetry, but it was not the focus of the consultation and indeed they were unaware of it [11].

Rather than perfect alignment, the patient’s goal may be to return to a face that they recognise as looking more ‘like’ themselves, either when they were younger or before the onset of a deformity. Their ideal face may reflect the left-sided features more than the right. Regardless, it is important that as clinicians we pay close attention to an individual patient’s observations of their face, which may not be clear from the outside and should be part of a comprehensive preoperative discussion. Oculoplastic surgeons should aim, in partnership with the patient, to correct any deformity of the eyes while being aware of possible perceptual differences. Understanding the nuances of facial perception may help the surgeon and patient come to a greater understanding. 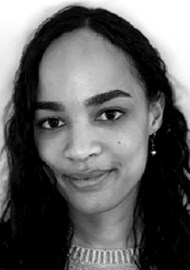