Focus on Cosmeceuticals: Skin anatomy and photoageing
By Anna Baker

The skin of the face provides crucial functions of temperature regulation, reparative functions following injury, facial expression, protective mechanisms against infection and ultraviolet radiation, as well as sensory perception. The integument consists of two principle layers, the epidermis and dermis. (See also Definitions, regulations and a review of the market and Cosmeceuticals (part 2) and Cosmeceuticals (part 2 - continued) )

Four principle cells make up the stratified squamous keratinised epithelium of the epidermis, of which keratinocytes are the most abundant [1]. The stratum basale comprises a single layer of basophilic column shaped keratinocytes with large nuclei [2], which are firmly attached to the basement membrane with desmosomes [3]. Some of the proliferated cells remain adherent to the basal lamina as stem cells, while others differentiate to spinal keratinocytes of the stratum spinosum and push the overlying cells towards the surface [4]. Renewal of the epidermis takes 15-30 days and is influenced by age as well as the anatomical body location [5].

Melanocytes are melanin-producing cells of the skin, and are distributed among the cells of the stratum basale. Melanocytes do not keratinise but produce melanin pigment, which serves to protect the DNA of the cells by absorbing and scattering the harmful ultraviolet rays [5]. The exposed quantity of UV radiation stimulates the production of melanin and accelerates its transfer to keratinocytes (by a process of pinicytosis), as well as darkening existing ones [6], and has a pivotal role in determining the colour of skin, as a darker skin colour depends on the amount of melanin production in the melanocytes [6]. Merkel cells are intraepidermal mechanoreceptor cells and can also be found in the stratum basale [4].

The stratum spinosum is the thickest layer of the epidermis with layers of polyhedral-shaped keratinocytes, which flatten as they approach the surface [1]. Langerhans cells are located in this layer and derived from monocytes of bone marrow [7]. They are morphologically and functionally similar to macrophages and have no role in keratinisation or pigmentation of the epidermis. Langerhans cells initiate an immune response against foreign antigens and are significant in allergic responses and other cell-mediated skin reactions [7]. The stratum granulosum comprises large, flattened polygonal granulated cells which still have nuclei and undergo final cell differentiation of the uppermost keratinocytes of the stratum spinosum. The stratum corneum is made up of flattened and highly keratinised cells lined with keratins, which are shed from the epidermis as dead skin cells [1].

The dermis adheres the epidermis to the hypodermis and comprises a tough supporting fibroelastic tissue with two distinct layers. The first is the papillary layer located immediately under the epidermis, which covers the dermal papillae and connective tissue matrix, which holds type III collagen [2]. The reticular layer is also a mixture of dense connective tissue with coarse elastic fibres as well as collagen type I. The dermis encompasses sebaceous glands, blood vessels, nerves and sensory receptors [8], as well as some facial musculature. Subcutaneous tissue is located beneath the reticular layer of the dermis, connecting the deep fascia [5], as well as providing a gliding plane, which is a key mechanism for facial expression. The thickness of facial skin varies at different anatomical sites [9]. Reported skin thicknesses vary significantly within the literature [10]. Chopra et al. [9] describe the dermis to be thickest at the inferior nasal wall and thinnest on the upper medial eyelid and the epidermis to be thickest on the upper lip and thinnest at the posterior auricular skin.

The skin of the face has a rich network of blood vessels in the dermis and hypodermis with two principle blood plexuses, which nourish the skin. The deeper resides between the hypodermis and dermis, and the superficial plexus is located between the papillary and reticular layers of the dermis, which supplies blood to a large network of capillaries in the dermal papillae [4]. There are many anastomoses between the two plexuses to allow for thermoregulation to maintain a constant temperature in the body by regulating the amount of blood flow in the capillaries of the papillary layer [4].

Facial skin integrity is partly maintained by sebaceous glands, which are outgrowths of the external sheath of the hair follicle above the insertion point of the arrector pili muscle of the follicle [5]. A basal lamina borders the gland and the undifferentiated squamous basal cells, which proliferate and differentiate to sebocytes [11]. As the cells mature, they eventually disintegrate to form the wax-like lipid mixture, sebum, which coats the surface of facial skin [5], helping to maintain the suppleness of skin and to protect the stratum corneum from the external environment. 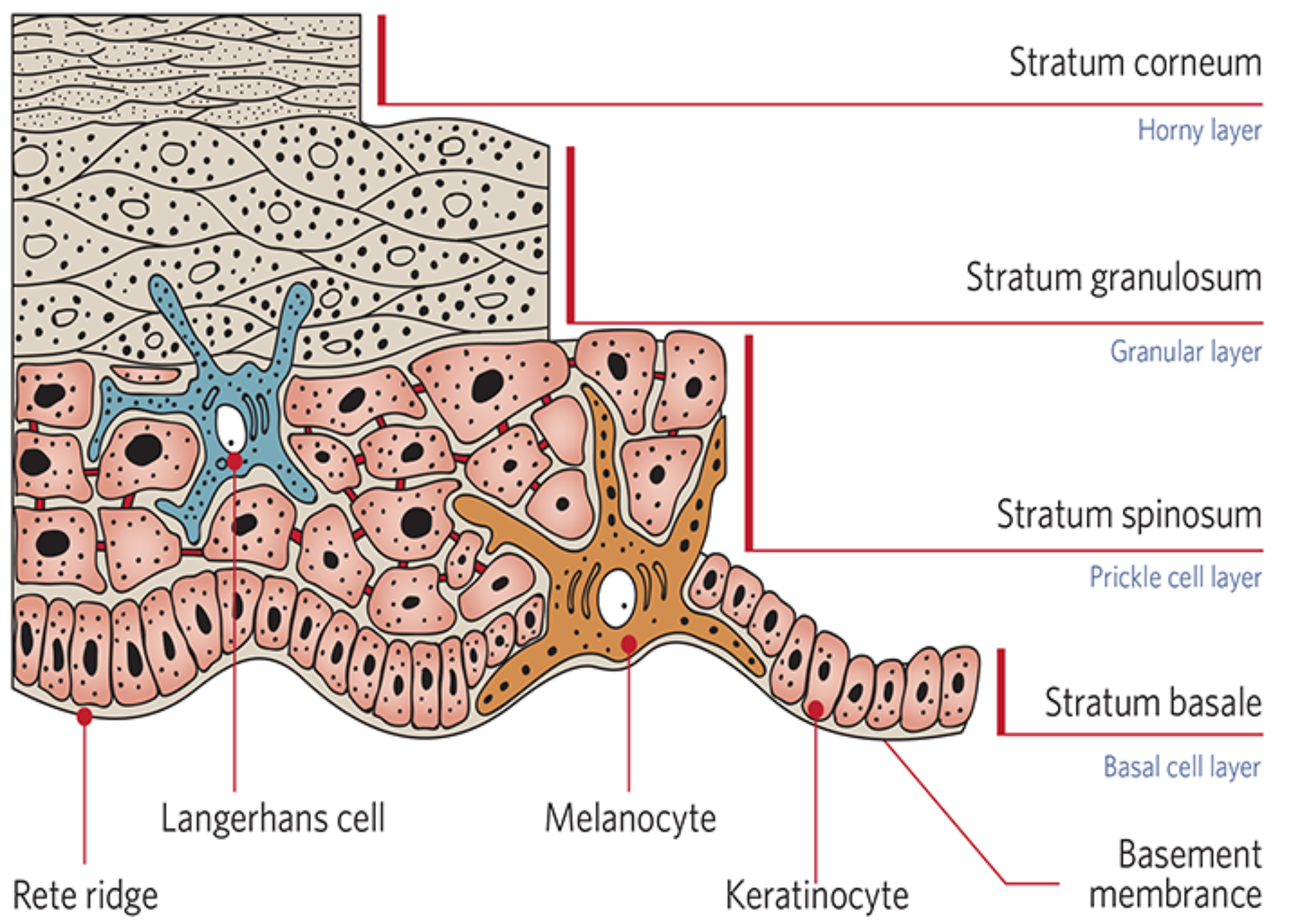 Figure 1: Diagram representing the anatomy of the epidermis
(image reproduced with permission of Neostrata Co.).

Photoageing can be defined as chronic ultraviolet (UV)-induced damage and accounts for many of the age-associated changes in skin appearance [12]. Photoageing is a process distinct from the changes taking place due to chronological ageing and may be triggered by receptor-initiated signalling, mitochondrial damage, protein oxidation and telomere-based DNA damage responses [13]. In general, photoageing affects fair skinned individuals most severely, manifested through loss of keratinocyte proliferative capacity with an inability to terminally differentiate to form the stratum corneum [14]. Photodamaged skin displays variable epidermal thickness, dermal elastosis, decreased / fragmented collagen, increased matrix-degrading metalloproteinases and inflammatory infiltrates.

The gross appearance of photodamaged skin of individuals with skin types I and II will vary from that of individuals with skin types III and IV. The former will generally show atrophic changes with fewer wrinkles and potential focal depigmentation, as well as dysplastic changes such as actinic keratoses and epidermal malignancies [15]. In contrast, hypertrophic responses such as deep wrinkling, coarseness, leathery appearance of the skin and lentigines, generally appear in individuals with skin types III and IV. The epidermis may be hyperplastic or atrophic with disorderly maturation of keratinocytes with changes in melanocyte number and function as prominent features in sun-exposed skin, often beginning in childhood [16].

Sun exposed skin frequently becomes chronically hyperpigmented, despite the absence of further sun exposure, in part because of increased melanocyte density and increased epidermal melanin. The density of melanocytes in sun-exposed skin may be up to twice that in comparable body sites, not habitually sun exposed [15]. Dark brown macules, termed solar lentigines, also develop on chronically sun exposed skin which consist of an increase in both the number and activity of the melanocytes as well as an increased prominence of rete ridges with a deeply convoluted dermal-epidermal junction [12].

Elastosis, which clinically manifests as a thickened and yellow discolouration is a prominent feature of photoaged skin. Histologically, the dermis displays tangled clusters of degraded elastic fibres. In addition, the amount of ground substance, principally composed of glycosaminoglycans and proteoglycans, increases in photodamaged skin, whereas the amount of collagen decreases [17]. Photodamaged skin frequently displays an increased number of hyperplastic fibroblasts as well as increased inflammatory cells, such as mast cells [17]. Dermal vasculature in mildly photodamaged skin displays venule wall thickening and in severely photodamaged skin thin vessel walls with compromised perivascular veil cells display dilations (telangiectases) [16]. UV-induced collagen degradation is generally incomplete, which leads to the accumulation of partially degraded collagen fragments in the dermis, and these are believed to reduce the structural integrity of the skin [17]. In addition, the areas of collagen degradation products restrict new collagen synthesis [17].

Seventy percent of UVB radiation that reaches the skin is absorbed by the stratum corneum; 20% reaches viable epidermis, and only 10% penetrates the uppermost part of the dermis [12]. Equally, UVA radiation is partly absorbed by the epidermis, yet 20-30% is thought to reach the deep dermis [18]. UVB radiation is responsible for sunburn and a major cause of direct DNA damage and induces inflammation, as well as synthesis and release of prostaglandins, through induction of the enzyme cyclooxygenase-2 (COX-2) [18]. UVB also promotes migration of leukocytes into the skin, aggravating elastin degradation [18]. It is well established that UVA radiation significantly contributes to long-term dermal structure deterioration by producing reactive oxygen species (ROS), which activate cell surface receptors, which include receptors for epidermal growth factor (EGF), interleukin (IL)-1 and insulin, keratinocyte growth factor, among others [19]. In contrast to UVB, UVA has far greater year-round and day-long average irradiance, and greater average depth of penetration into the dermis compared with UVB [18]. UVA also induces the synthesis and release of cytokines and MMPs, particularly collagenase (MMP-1) and elastase [17]. Both UVA and UVB lead to the generation of reactive oxygen species, which damage cellular lipids, proteins and DNA [16]. In addition, UVA has been proven to be a major contributor to protein oxidation in the skin and accumulations of oxidised protein in the cell inhibits proteasomal function and the ability of the cell to degrade additional damaged proteins [13]. 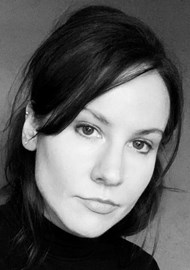