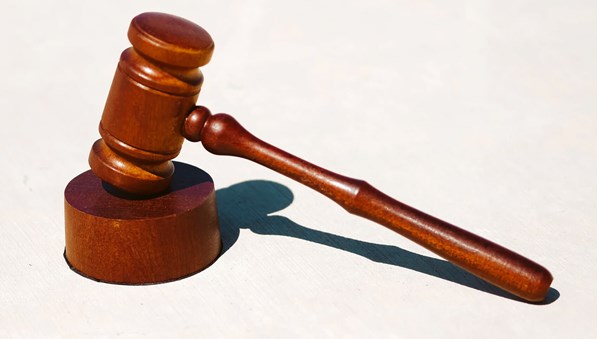 This week, in Hong Kong, another trial has started with the charge of gross negligence manslaughter (GNM). I cannot discuss this case at the moment but want to return to the case of Dr Mak, who was, from the available evidence, caught up in a miscarriage of justice that arose because of a lack of effective interprofessional communication in the legal process. I quickly move on to a disclaimer.

I was not involved in this trial and do not have access to the ‘evidence’. I do not know what defence was offered. What is quite clear though, reading the justification for the sentence given, is that there are problems in communicating the extent and limits of understanding. How does a senior doctor explain to an experienced barrister the reality of ‘understanding’ of a junior doctor?

We need to consider the nature of ‘informed consent’. Informed consent is a legal obligation. What has changed significantly in the last five years is the degree of information that it is required to disclose “all material risks” (Lee, 2017).

In the indictment of Dr Mak, there was a list of alleged breaches of duty of care. These are unambiguously stated with unfortunately short-sighted legal confidence. Short-sighted because they are based on medical opinions that are neither just nor fair.  This creates a genuine shambles when determining Truth and therefore Justice.

The trial began with the defendant being charged with the unlawful killing of xxxx by gross negligence. There was no dispute that the defendant was a properly registered doctor responsible for administering the CIK blood product to xxxx and that she owed a duty of care to xxxx, her patient.

There were four particulars of breach (of that duty of care) alleged in the indictment.

In this posting I want to focus on the third particular, which concerned: ‘informed consent’:

“2(c)   administering the CIK Therapy to Xxxxx without first having obtained from Xxxxx a proper consent by reason of the defendant’s failure to inform Xxxxx:

It is not my intention to argue that the DC-CIK treatment was theoretically sound. I am approaching the real situation from a rather different perspective. We live in a world of possibilities and probabilities. Possibilities are only limited by our imaginations and experience. Probabilities are defined by numbers, real and devised.

In the tragic case of contamination occurring in four samples of blood being cultured in a laboratory, there was no evidence of cross contamination; there was a source contamination. I am not sure if the precise mode of the original infection of the source was determined. I do not have that information and all that was reported was that a similar organism to that causing the contamination was found on a pipette and a centrifuge in the processing laboratory. It was a challenging bit of detective work by some very experienced sleuths. The questions that I would like answered is whether the contamination, as it occurred, was foreseeable? If so, were any steps taken to prevent it from occurring? Or was it foreseen, and a decision was made that it is was so unlikely to occur that steps were not taken to prevent it?

Another perspective would be to say there are always risks of infection when undertaking extracorporeal manipulations of body fluids and tissues. Accordingly, there must be protocols for handling specimens and for confirming sterility before reintroducing cells or tissues back into the body from which they came. I think this is a more pragmatic approach, although in reality a good protocol will identify key risk procedures and how the risks can be minimised. This is dealing with the known knowns, but my concern is what about the unknown knowns?

In reality, how much of a surprise was it for the plaintiffs in the DC-CIK tragedy that a fatal cross contamination had occurred? Consider the possibilities:

Of course, these are possibilities only but how probable might they be?

That is one consideration to be pinned on the board.

What about the ‘informed consent’?  Whose responsibility was that? Who ‘signed off’ on the consent form? Again, I do not know the facts but is there any evidence that the consent, as it was finalised, contained any deliberate concealment of a ‘material risk’?

Was the informed consent as obtained, evidence of a crime? Was it evidence of naivete or was it evidence of innocence of character? I say this to distinguish from the presumptive ‘innocence’ which is an artifice of the legal process (Weigend, 2016)

What troubles me, and I will return to this as a key issue in this conviction, is that by the time the patient who died, was given the treatment, possibly as many as forty other patients had consented to the treatment. For some, it was their second treatment. What informed consent had they signed and who had obtained the consents?

There are five ingredients that need to be established for the prosecution to establish guilt in a case of GNM:

Item number 3 is particularly troublesome because of this concept of ‘reasonable foreseeability’. We all know that we become wise after the event. What authority, what legitimacy, can predict whether something is foreseeable before an event and, critically, to whom would it be foreseeable? This hones in on the concept and parameters of ‘reasonableness’.

It is very possible that Dr Mak had no concept of the risk of a fatal contamination in the samples that she was dealing with. She most probably had never cultured cells in her medical studies. It is highly probable that she had embraced this ‘new treatment’ with very little understanding of what it involved and acted in good faith as per her contracted duties. How then does the prosecution deal with this situation? From the judicial perspective I have mentioned the opinion of Judiana Barnes that the Law could not allow someone to be charged of a crime if they genuinely were unaware of a very rare risk. Of course, there is the ensuing debate, why were they unaware of the risk? Was it lack of ‘due diligence’? Or was it genuinely outside their perceived sphere of responsibility. I think that concept has a good grounding in the fundamental concepts of jurisprudence but assessing ‘lack of understanding’ is not something the Law is equipped to deal with and so an artificial, objective, test incorporating ‘reasonableness’ was introduced. And that is where things can go terribly wrong.