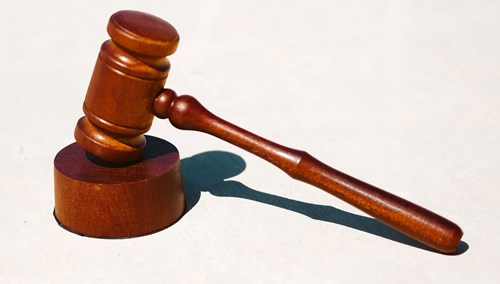 ‘Expert’ witnesses sometimes make mistakes. Great weight is often placed on expert evidence. The more esoteric the area of expertise, the greater the possibility of error. It follows that expert evidence sometimes leads to miscarriages of justice.

Plastic surgery is a fast-developing branch of medicine. As a result, experts in criminal or civil cases involving plastic surgery procedures, that have allegedly gone wrong, will have to be even more careful than experts in most other fields to learn lessons from a number of miscarriages of justice in cases analysed below.

The use of expert witnesses and the admissibility of their evidence has developed over the last 250 years, when the concept of allowing an expert to give opinion evidence on the facts was recognised by Lord Mansfield in the case of Folkes v. Chadd in 1782. Experts now regularly give evidence in criminal trials, in areas including DNA analysis, fingerprints, blood marks, photographic identification, cause of death, nature of firearms, drugs language, etc. Experts are also frequently used in civil trials, as well as in disciplinary tribunals involving doctors, nurses and dentists.

If, on the proven facts, a judge or jury can form their own conclusions without help, then the opinion of an expert is unnecessary. Before the judge will allow an expert to give evidence, the following tests will have to be met:

It is the last of these four tests that is the most problematic and which causes the most difficulty for experts and for the court. It is the duty of an expert witness to provide material on which a court can form its own conclusions on relevant issues. On occasions that may involve the witness expressing an opinion about whether, for instance, an individual suffered from a particular condition or vulnerability. The expert witness should be careful to recognise, however, the need to avoid supplanting the jury’s role (in a criminal case) or the judge’s role (in a civil case) as the ultimate decision-maker on matters that are central to the outcome of the case.

I have frequently been involved in cases in which experts have played a central role. Their expertise has ranged widely: the ability of an adapted toy to fire lethal bullets; the meaning of particular phrases in drug conspiracies; the value of cannabis plants in a cannabis “factory”; the efficient workings of a sewage treatment plant; the safe and proper use of a ‘cherry picker’ (a hydraulic crane with a railed platform) when building a mast. In each case, whether I was calling my own expert or cross-examining the other side’s expert their evidence was always important and sometimes of central importance to the case.

As a result of a series of high-profile miscarriage of justice cases both in the UK and in other countries, the Court of Appeal and the Law Commission have voiced mounting concern about the use of expert evidence in criminal trials. Research has confirmed that juries can give undue weight to expert evidence, particularly if it is in a complex area that is difficult for the jury to follow. As a result, there is an added burden on the judge and all parties involved in litigation to ensure the evidence is necessary, admissible and thoroughly tested before trial and in court during the course of the trial.

I have cross-examined several ‘experts’ of doubtful expertise: the ‘love-bite’ expert who had never examined a child before in a case involving a child; the ‘nautical’ expert who had made fundamental mathematical errors in his report; the telephone expert who had failed to disclose vital evidence that undermined his propositions; the ‘drugs language’ expert who accepted that much of the drugs language he referred to was in fact now used in common parlance – in fact it was often heard on Coronation Street and EastEnders. In each case, I had in mind the miscarriages of justice cases below. If the court, lawyers and the expert are not aware of them then we will not learn from our mistakes and history will repeat itself.

In this case the defendant was charged and convicted of murder. An ear-print on a window at the murder scene where the deceased was asleep proved the defendant’s presence at the scene. West Yorkshire police sent the ear-print to Mr Van Der Lugt, a Dutch policeman. For more than a decade, he had taken a close interest in ear-print identification and come to believe that each person's ear-prints were unique. He had no formal forensic science qualifications. He opined that he was “absolutely convinced” that the defendant had left the ear-print, and a second prosecution expert thought it a “remote possibility” that the print had been left by someone else. DNA evidence taken from the ear-print subsequently established that it had not been left by Mr Dallagher at all and Mr Dallagher was released after eight years in prison.

Medical experts can learn the following lessons from Dallagher:

(i) Ensure you have genuine expertise in the area you are giving evidence about.
(ii) Ask fundamental questions about the state of science in your area of expertise:
a. Is it a developing area?
b. Is there a body of evidence to support your conclusion?
c. To what extent is your conclusion based on verifiable research and how good is the research?
d. Is there a reliable and strong database of core material?
e. Is there room for a broad range of opinion and what are the fair parameters of that range?
f. To what extent is your opinion based on experience and to what extent is it based on fact?

Had the court and lawyers asked these questions of the experts, it is likely that the ‘expert’ evidence would not have been admissible, or would have been the subject of serious challenge.

A British solicitor, Sally Clark, was found guilty of smothering her 11-week-old child in 1996 and shaking her eight-week-old child to death two years later. There were no injuries ordinarily found in such ‘baby-shaking’ cases. A paediatrician, Professor Sir Roy Meadow, with expertise on sudden infant death syndrome, said there was a one in 73 million chance of two such deaths in the same family occurring naturally. He had no expertise in statistics and had simply squared the chance of one sudden death without taking genetic factors into account. The Court of Appeal on acquitting her said this figure grossly misrepresented the true position. It transpired that the prosecution had also failed to disclose medical details which may have led to a very different conclusion on the cause of death (the presence of staphylococcus aureus in the blood of the second child). The Royal Statistical Society wrote to the Lord Chancellor, saying there was "no statistical basis" for the figure. Experts now believe the risk could be anywhere between one in 100 and one in 8500. Sally Clark was released after three years of incarceration but never recovered mentally and died tragically of alcohol poisoning three years later. Subsequent research carried out as a result of another similar miscarriage of justice case (Canning (2004) found that “the occurrence of a second unexpected infant death within a family is ... usually from natural causes.”

Medical experts can learn the following lessons from the Clark case:

(i) Be careful not to stray into statistics or any area you do not have expertise – there are lies, damned lies and statistics.
(ii) Have your work peer-reviewed – this should be a requirement in any emerging or new area.
(iii) Test any potential defence hypothesis fairly.
(iv) Even though your conclusions are based on a particular set of facts, give an opinion on what the conclusion would be if the facts the defence put forward were different.
(v) Remind yourself that in a relatively new area, today’s orthodoxy may be tomorrow’s heresy.

Until the judgment of the Court of Appeal in Harris and others the prosecution had been allowed to rely on a hypothesis that a non-accidental head injury to a young child could confidently be inferred from nothing more than the presence of a particular triad of intra-cranial injuries. This untested hypothesis was used in numerous cases, including murder. The court criticised the use of such untested hypothesis to secure convictions.

Medical experts can learn the following lessons from the Harris case:

(i) Any hypotheses should be clearly flagged, and should be critically scrutinised, and must be underpinned by empirical research to justify the opinion evidence founded on it.

The expert’s opinion is what will sway most courts and therefore it is important to flag up opinion evidence and explain carefully the rationale that underpins it so that it can be tested in court.

Judith Ward was wrongly convicted of the 1972 M62 coach bombing in which 12 soldiers and members of their families died. At the time it was the worst IRA outrage on the British mainland. She served 17 years for crimes she did not commit and lawyers at her appeal said there had been "significant and substantial" non-disclosure of information to the defence by three government scientific experts, whose reports were heavily biased against the defendant.

Medical experts can learn the following lessons from the Ward case:

(i) Remind yourself constantly that you are giving evidence for the benefit of the court and not for any party.
(ii) Do not be shy about seeking disclosure of any material that might be relevant to your report – many experts simply rely upon what they are given even when there is far more relevant material available.
(iii) Ask for further investigations to be carried out in any area where there is doubt, or where this may assist in making your conclusion more reliable.

The common themes in the above cases are:

(i) There was little judicial scrutiny of the expert evidence in advance of the trial and the parties were left to ‘get on with it’ in the expectation that the adversarial process will cure any defect.
(ii) The advocates for one or both parties did not fully understand the evidence; they chose the ‘softer option’ of attacking the expert rather than attacking the fundamental premises, or researching the wide range of opposing expert opinions.
(iii) The experts conflated hypothesis with fact, strayed outside their area of expertise or were partisan.

These three factors, or any combination of them will result in future miscarriage of justice cases. It is estimated that in the USA that one in fifty who have been convicted largely on the basis of expert evidence, may well be innocent. There is reason to believe the figure will be of a similar magnitude in the UK.

He has prosecuted and defended in regulatory cases for 25 years. Many of his cases involve fatalities and expert evidence.