Gross Negligence Manslaughter in Healthcare: The medico-legal dilemma (Blog no.2)
By Andrew Burd 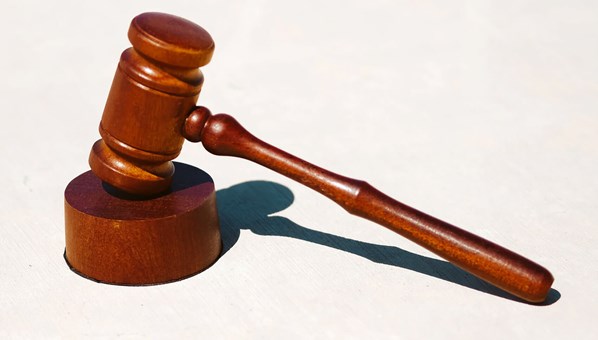 In Volume 1, Issue 1 of this journal I wrote an article entitled: ‘From PIP to DC-CIK to the Sorcerer’s Apprentice: a medico-political minefield’. Little did I know or anticipate what a mess this was going to become: a medico-legal mess with ignorant lawyers and arrogant doctors demonstrating how stupidity and rapacious hypocrisy can twist and distort reality for the purposes of extracting a bizarre social revenge with little sense of justice. I am referring specifically to the DC-CIK “therapy”. As I outlined in the original article this was a form of “wellness” treatment based on the emerging understanding of the immunology of ageing. I should state that I have not been involved at any time in the treatment or medico-legal consequences of the DC-CIK debacle, but I am approaching it on the basis of what is available in the public record.

Let me very briefly review what was involved. A sample of peripheral blood was taken from a client in a beauty clinic. The sample was sent to a laboratory where it was processed and returned to the clinic for reinjecting into the client. The processing involved separating and sorting the cells in the sample and then selectively culturing a certain population with specific cytokine stimulation. The result was an enhanced population of immune scavenger cells, which are able to reduce the accumulated debris and senescent cells that accumulate over time as part of the ageing process. This is not cancer therapy, although there are potential applications which were being explored for the treatment of cancer. This is an indication of the biological complexity of the human body with overlapping pathways when looking at discreet phenomena such as cancer, ageing, inflammation, wound healing.

So, the basic work flow involved a doctor taking blood in the clinic, the sample going to the lab for processing by the technician and then being returned to the clinic where a doctor would inject the processed sample into the client. The processing time took several weeks so there was a significant interval between the taking of the blood sample and the re-injection. The scheme appeared to work well and was popular with the clients. Between 20 and 40 treatments were given and then disaster struck. A completely unforeseen contamination of four samples occurred in the laboratory and one of the clients died as a consequence. The contamination caused the death; not the treatment. Indeed, the treatment caused no harm and on the basis of “patient assessed outcome”, a valid metric in scientific evaluation, the treatment was successful. In a tragic irony, the patient who died from the contamination was having her second round of therapy.

It is this fact, revealed in the publicly available document in which Judianna Barnes, Judge of the Court of First Instance in the Hong Kong High Court justifies her reason for the sentence of Dr Mak Wan-ling, that demonstrates the idiocy of the Law. There is no point in refraining from expressing both shock, horror and profound disappointment at the basic lack of logic and common sense illustrated in this Judgement. It was made on the background of a lot of legal confusion evident in both the UK and Hong Kong with regard to the specific charge of Gross Negligent Manslaughter. The legal confusion has been compounded by medical hypocrisy with the most extreme example being the comments of a Professor of Microbiology who was damming in his description of the contamination of the blood sample. Just months after he had expressed his righteous indignation in court, another tragic irony occurred with one of his own patients, in a University Teaching Hospital, dying from a completely unforeseen cross contamination in a blood sampling process -

As this series of blogs / essays unfolds I want to detail the legal mess that has occurred and why I feel strongly that justice has not been served by Justice Barnes. To conclude this ‘episode’ I want to quote paragraph 45 of her justification for sentencing declared on 8 December 2020:

“Para 45. In the case of the victim ChanYL, she was a healthy woman of 46 at the time, running a Hong Kong style café (Char Charn Tien) with her husband and the two of them had two teenaged children. She was a customer of the beauty centre part of the DR Group business and before she consulted the defendant, she already had one CIK Therapy administered by another doctor employed by the DR Group. When ChanYL consulted the defendant on 12 September 2012, before her blood was extracted, ChanYL was not told that the CIK Therapy was an experimental treatment for cancer patients and its efficacy had not be proven; she was not told that there was no scientific proof that CIK therapy was of benefit to a healthy person; she was not told of the risk of bacterial contamination during the processing at a laboratory; nor was she told of the risk of adverse reaction upon infusion due to contamination or infection; she was also not advised that there were simple and non-invasive alternative methods for boosting her immunity instead of the CIK Therapy. If ChanYL had been told of all of the above, I venture to say it would be highly unlikely that she would have consented to the treatment.”

I have highlighted one sentence that underlines the ridiculous nature of this line of logic.  The treatment was safe and effective as demonstrated by the response of the clients. The contamination was absolutely tragic, but it was a matter of pure chance that it occurred when Dr Mak was administering the sample. The legal profession gets itself so confused when it talks about “objective” and “subjective” tests, when it talks of “reasonable foreseeability”. Dr Mak was convicted of a crime because she was unlucky enough to be on duty. Not because she is a criminal. And that is not right. That is not Justice.