Gross Negligence Manslaughter in Healthcare: The medico-legal dilemma (Blog no.1)
By Andrew Burd 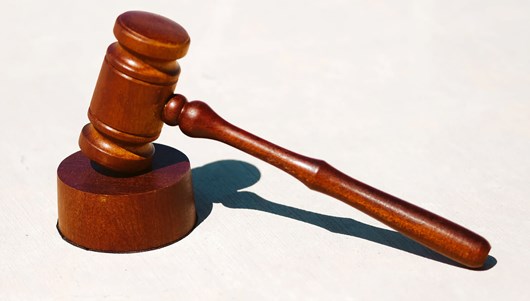 On the 8 December 2020, Justice Judianna Barnes sentenced Dr Mak Wan-ling to three and a half years in prison. The charge for which she was found guilty was gross negligence manslaughter (GNM). She had injected a contaminated blood sample into a patient and the patient had died. The conviction was fundamentally flawed.

The concept of “reasonableness” was not addressed but the most damming of facts is that the patient who had had a prior treatment with another doctor. The point being that the contamination tragically occurred but whoever injected the contaminated blood into a patient was based purely on chance. The doctor had no involvement in the contamination. It was a tragedy, but the doctor was “fulfilling” their duty as they had many times before. That is the problem with “reasonableness”. It is not what the experts say but what the population does. So, you need a population!

The conviction is wrong, and I will explain why over the next few weeks. It is complicated and I want to simplify things as much as possible. I do realise the responsibility I am taking by making these comments. False hope is cruel, but I firmly believe that there has been a breakdown in the legal process. Justice can neither be arbitrary nor random. The actions of Dr Mak were not those of a criminal. The Law ignored objective evidence of “reasonableness”. The charges against her are irrelevant. They are not “reasonable”.

There is an obvious concern about what to do with severe harm and injury short of death? On the other hand, outcome is always a variable beyond control. Professor Leung states the following in his paper: “The applicable legal offence in medical manslaughter is that of gross negligence manslaughter (GNM).” The test: Duty of Care: Breach of Duty: Harm caused. But there is more. The negligence / breach of duty involved must be very serious: “..beyond a mere matter of compensations between subjects and has showed such disregard for the life and safety of others as to amount to a crime against the state and conduct deserving punishment.”

Professor Leung raises the contentious issue of “mens rea” or guilty mind. Professor Leung feels that the culpable mental state in GNM is one of indifference. I think it is more complex than this and there are those who make a calculated assessment of risk. They then proceed on the basis of probability. It is a conscious decision to be bad and the indifference is not to the action but to the outcome. It is not indifference at all, it is a conscious decision to allow harm to occur.

One of the problems that Professor Leung develops is that of the challenges of crossing professional boundaries when making value judgements. Again to quote, “…the criteria for distinguishing between honest mistakes and conscious violations of professional standards are tests unknown to the criminal law”.

The law tries to reduce events to a level of simplicity that betrays a lack of appreciation of the complexity of the reality of life in medicine. Two notorious ‘miscarriage of justice’ cases occurred recently in the UK: David Sellu, a general surgeon with a previously unblemished record of service, was convicted of GNM and incarcerated in a high security prison used for terrorists and other dangerous criminals. This infamous case, together with that of Dr Bawa-Garba, caused such an outcry in the UK because of the failure of the law. These were not bad doctors, they were good doctors caught up in a nightmare of unquantifiable complexity. Failure to consider the systematic effects of a culture of blame and harassment on the behaviour of individual doctors.

In addition, in Dr David Sellu’s successful appeal it was affirmed as a principle that a prosecution should not be brought unless the conduct of the doctor was “truly exceptionally bad”. As Professor Leung remarks, “The mere commission of an error, even if fatal, does not begin to satisfy that test.”

As a result of the disquiet in the UK, a rapid policy review of Gross Negligence Manslaughter in Healthcare was commissioned by the then secretary of State for Health and Social Care, Jeremy Hunt. The result was the Williams report published in June 2018. The essential points taken from this is that doctors are not above the law. Nevertheless, they work in complex, high risk environments and errors can occur. It is essential, however, that the perception of perceived arbitrariness and inconsistency in the investigation of subsequent prosecution of gross negligence manslaughter should be addressed. Addressing these inconsistencies should result in fewer investigations and only those rare individuals “whose performance is so “truly exceptionally bad” that it requires criminal sanction will be indicted”.

This medical perspective is also elaborated in the Journal of Criminal Law, a paper published in 2020 acknowledges that doctors may be criminals but fortunately this is extremely rare. Nevertheless, no healthcare professional is infallible and mistakes happen. The challenge is to “distinguish inadvertence from wilful disregard for the consequences.” In a well-developed argument the authors argue that the offence of gross negligence manslaughter is “improperly defined and fails to target those doctors whom society should decriminalise”.

Of note, gross negligence manslaughter is applicable in more than just the healthcare setting. It is an evolving area of law and a recent (2018) article in the Archbold Review reviewed the current situation in Hong Kong. In order to put this in to perspective the current elements of GNM as understood in the UK are described:

A duty of care owed by the defendant to the victim.

A breach of the duty of care applying the ordinary principles of negligence.

The death of the victim was caused by the negligent breach of the duty of care.

The defendant’s conduct departed from the proper standard of care to such an extent, involving as it must have done a risk of death to the victim, that it should be judged by the jury as criminal.

Discussion and debate has focussed on the role of the individual’s state of mind versus the “failure to behave in accordance with the standards required of the reasonable person”. Nevertheless, Justice Barnes, in Hong Kong, stated that: “the law should not be such that a person who genuinely did not perceive a serious and obvious risk of death should be exposed to conviction of such a serious crime as manslaughter on the strength of what someone else would have appreciated”.

The concept of foreseeability! Was there a reasonable foreseeability that this adverse event might occur? So, Barnes has been overthrown on this issue. The Court of Final Appeal ruled (30 May 2019):

“‘In the offence of manslaughter by gross negligence, the gross negligence referred to in the last element of the offence as enunciated in R v Adomako [1995] 1 AC 171, namely “the breach of the duty by the defendant being capable of being characterized as gross negligence and therefore a crime”, can be proved based on the objective reasonable man test only.’”

What does that even mean? An “objective reasonable man test” requires a normal distribution. It needs data not opinions. It certainly does not need opinions from those whose experience is in a laboratory and not a clinical setting.

I believe that Dr Mak Wan-ling was unjustly sentenced for a crime she did not commit.

I am committed to posting twice a week to give an extensive background on this miscarriage of justice and as the facts emerge, I will be seeking help from the Law to make things right.