It is very helpful to use the patient’s old photographs as a guide to addressing the bothersome changes that have occurred in order to plan an approach that maintains an individual’s natural appearance. Periorbital rejuvenation should be considered in the context of: 1) bony and soft tissue volume loss, (2) tissue descent and laxity of skin, muscle, orbital septum and canthal tendons, and (3) skin ageing.

Lower eyelid blepharoplasty has a role in three types of patient. First, a patient with lower eyelid fat pad prominence from childhood, where my preferred technique is a transconjunctival-approach arcus-marginalis and orbito-malar ligament release with fat-repositioning.

The second, perhaps more common, is the slightly older patient with a combination of prominent fat pads accentuated by periobital rim hollowing, in addition to ageing features of tissue descent with laxity of skin, muscle and orbital septum. Typically, such patients request a single eyelid procedure and are usually realistic that this will not address generalised facial ageing that would require a more holistic facial aesthetic approach. For such cases, my preference is a transcutaneous-approach with orbito-malar ligament and arcus-marginalis release, Hamra-type septal-reset with composite fat-repositioning, orbicularis suspension and canthopexy.

The third represents the patient with medical preclusion to prolonged surgery, individuals on anticoagulation and those with a predominant treatable feature of skin laxity only. This may include a localised festoon (beware of risk factors for this that may cause festoon-persistence postoperatively). In such a patient, I often recommend a simple skin-pinch blepharoplasty, either sub-ciliary or direct-festoon excision, usually combined with canthopexy in view of age. A sub-ciliary skin-pinch can then be combined with hyaluronic acid filler as an office procedure to treat co-existing hollows. In some of these patients, skin laser treatment may well be an equally good alternative for skin laxity. 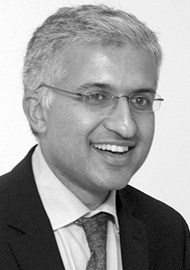