Free tissue transfer has been manifested to be the primary reconstructive tool for major ablative defects of the head and neck. However, many patients are not good candidates for free tissue transfer because of their medical comorbidities or lack of recipient vessels for anastomosis. Therefore, reconstructive surgeons have continually expanded their armamentarium. Over the past decade, the SCA flap has received increasing interest and use from the plastic surgery community, but there has been little mention of it in the otolaryngology-head and neck surgery literature. The authors present a retrospective review, reporting on a series of diverse reconstructions (n=24) utilising the supraclavicular artery flap (SCA flap). Defects, that have been reconstructed by means of a SCA flap included neck skin, cheek, lip (mucosal and cutaneous), temporal bone, with and without auriculectomy, segmental mandibulectomy, buccal mucosa, peristomal skin, and partial pharyngeal wall defects. Donor site morbidity was reported to be minimal. Herr et al. discuss a reliable and versatile adjunct to the reconstructive algorithm, in combination with a concise presentation of the intervention. Additionally, the authors identified four key maneuvers that have not been previously highlighted, increasing safety and efficiency of flap harvest. 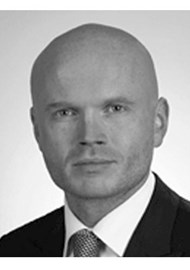