This is a retrospective study of 10 patients with titanium implant retained auricular prostheses. Quality of life was evaluated using three questionnaires: the Glasgow Benefit Inventory (GBI), the Rosenberg Self-Esteem scale, and the standard Medical Outcome Study Short-Form 12. Peri-implant skin reactions and titanium fixture stability were evaluated in 10 patients, with a total of 29 implants inserted between ages 10-53 years. Two patients had bilateral implants and eight had unilateral implants. Follow-up varied between about four months and 17 years (median 10.2 years). The overall success rate for implant insertion was 93.1% over 17 years. Questionnaires showed an improvement in quality of life scores for all patients, and all patients would recommend the prostheses. Skin reactions requiring treatment were seen in 6.2% of all observations; 44.8% of the implants demonstrated either no reaction at all or redness only around the implant. Patients were satisfied with the auricular prostheses, which improved their quality of life. Seven patients (70%) experienced difficulty cleaning the implants, and seven (70%) complained about the quality of the silicone prosthesis, which tended to discolour with age. Auricular prostheses were replaced on average after 20 months of wear (range eight months to four years). Self-esteem scores were higher when the prostheses were replaced more frequently. Patients with implant retained auricular prostheses had higher postoperative Rosenberg Self-Esteem scale scores than pinnaplasty patients. Quality of life scores using the GBI were similar for patients after auricular reconstruction with a porous polyethylene framework covered with a temporoparietal fascial flap and for patients with implant retained auricular prostheses. No studies using the GBI have been done comparing patients with an autologous rib cartilage framework reconstruction and implant retained auricular prostheses, although other studies on psychosocial outcomes report similar levels of patient satisfaction. This study is limited by small numbers but has good long-term follow-up. 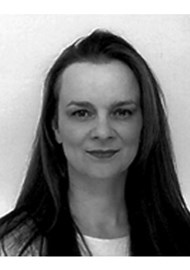