The authors present the findings of a survey evaluating four different types of brachioplasty scars. Scars examined were either medial, placed in the bicipital groove (both straight and sinusoidal) or posterior, placed in the brachial sulcus (both straight and sinusoidal). A female model was recruited for the study and Photoshop was used to digitally create the brachioplasty scars in various views, obtained at different degrees of shoulder extension and elbow flexion and rotation. Both acute (at two months) and chronic-looking scars (at six months) were created. An online survey was set up, displaying five different views of each scar at both the acute and chronic phase and participants were asked to rate the quality of the scar, in terms of scarring and contour, on a scale of one (least acceptable) to five (very acceptable). Finally, participants were asked to choose their preferred scar between two photographs, one displaying scarring crossing the elbow, but leaving no residual fat behind, and another showing a shorter scar, but leaving residual arm fat; both acute and chronic scars were shown to the participants. The survey was distributed online to the general public and to plastic surgery attendings and residents. One hundred and thirty-six surveys were completed (38 males and 98 females), 117 of which came from the general public, 10 from residents and attendings and nine from preoperative cosmetic patients. Among all participants, the most favourable scar in the chronic phase was the medial straight scar with mean score of 4.0, followed by the posterior straight scar (3.14), the posterior sinusoidal scar (2.6) and the medial sinusoidal scar (2.03). The same order in preference was also reflected in the responses of the plastic surgery residents and attendings and general public participants, both male and female. Scar ratings in the acute phase followed the same pattern and scar ratings from the acute to the chronic phase increased favourably by an average of 0.46. In terms of scar length, the majority of participants indicated they would prefer a longer scar, crossing the elbow but leaving no residual fat behind, to a shorter scar with residual fat deformity. This was true in both the acute and chronic phases. This study is limited because of its nature (online survey) and potential selection bias (self-selecting group). However, it is well designed, addresses a known area of unresolved debate among plastic surgeons, and could be a useful reference in the preoperative planning of patients with redundant arm skin following massive weight loss. 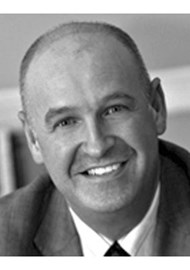