The authors describe an anterior septal graft technique, which consists of complete resection of the caudal septum and reconstruction with extended spreader grafts and a columellar strut, without a separate caudal septal replacement graft. This study was a retrospective case series including 71 patients. Postoperative NOSE scores were significantly better than preoperative NOSE scores. Tip rotation and projection were unchanged after surgery. This study showed that anterior septal transplant by the described technique is a safe and effective treatment option for severe anterior septal deviation. Reconstruction of the caudal septum after this type of extracorporeal septoplasty technique can be accomplished without rigid fixation to the nasal spine, potentially decreasing postoperative stiffness and the amount of cartilage needed for reconstruction. The authors' message is that performing reconstruction after extracorporeal septoplasty is possible by bypassing caudal septum during reconstruction with no problem for stability by using extended spreader grafts and a columellar strut. 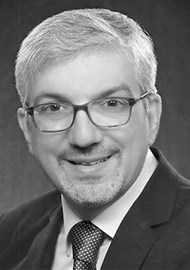