This is the first report in the literature of orthodromic temporalis tendon transfer or the Labbé technique performed on children. The authors used a modification of the transoral approach to the temporalis tendon, originally described by Byrne and Boahene, which includes a strip of fascia lata between the tendon and the modiolus and no melolabial skin incisions. The fascia lata strip was sutured to the upper and lower lip orbicularis oris through a subcutaneous tunnel that was made using small external skin incisions close to the oral commissure. Correct vector of pulling was checked with a muscle stimulator and some intraoperative overcorrection was favoured. The three cases were: one four-year-old congenital aplasia of the facial nerve, one four-year-old Möbius syndrome and one 17-year-old facial palsy after facial nerve schwannoma resection. All achieved postoperative House-Brackmann scores of 2 to 3. The authors stress the simplicity of this technique, comparing it to free muscle transfer, the immediate results and the absence of the facial bulk produced by the free gracilis technique. The downside of this procedure when performed on children is the difficulties with postoperative speech therapy, which is an important tool to obtain full movement of the oral commissure when smiling. Although paediatric orthodromic temporalis tendon transfer had already been reported at meetings, so far no paper has been published on the topic. This is a very interesting manuscript for any facial plastic surgeon with a facial reanimation practice. 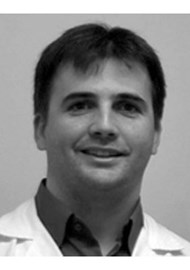