In this retrospective study, the authors attempt to identify the most reliable predictors of early infection (within 10 days) in acute burns patients to try to reduce unnecessary antibiotic therapy. They recognise that infections and sepsis represent the leading cause of mortality in burns patients, with common infections including pneumonia, wound infections and bacteraemia as well as iatrogenic factors, e.g. intubation and catheterisation. The range of suggested predictors in the literature are explored and two ‘tools’ designed to help diagnose infection and sepsis in acute burn injury patients. A total of 111 patients were included from 163 patients admitted to a tertiary burns unit over a 12-month period (March 2012 – March 2013), based on predefined inclusion criteria. Fifty-six patients were noted to have an infection and 18 patients became septic within the first 10 days of admission. The tools to predict infection included FiO2 >25% and maximum temperature ≥39oC and were found to be associated with 100% specificity, positive predictive value (PPV) and positive post test probability, although sensitivity and negative predictive value (NPV) were <50%. The tools to predict sepsis included a combination of HR ≥100bpm, SBP ≤100mmHg and intubation showing 100% specificity and PPV, with 81% NPV and 61% sensitivity. They infer that the infection tool is reliable for identifying patients with infections but less reliable at excluding the presence of infection. It should be used in conjunction with other diagnostic criteria such as can be found in the American Burn Association criteria. The sepsis diagnostic tool has a 100% PPV and specificity, and the authors suggest it can be used as a screening tool in identifying patients with a presumed diagnosis of sepsis. The study is limited by inadequate data available in a number of patients given the retrospective nature of the study introducing a risk of type II error. Of the patients, 88% had total body surface area burns ≤30%, questioning its applicability in patients with more extensive burns. This should be viewed as a pilot study, with a well-designed prospective study required to validate these tools. 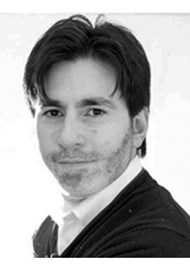