Smoking is a well known factor in facial ageing. In this interesting evidence level II article, the authors have decided to evaluate the effect of smoking in monozygotic twins with different smoking histories using standarised photography. Seventy-nine pairs of twins were recruted from 2007 to 2010 in which only one twin smokes or where one twin smoked at least five years longer than his or her counterpart. Professional photography was taken and a validated Lemperle scale was applied by a panel of three blinded judges who analysed the twin’s facial features. In this study of identical twins in which one twin smoked and the other was a non-smoker, the smoking twin had worse scores for upper lid skin redundancy, lower lid bags, malar bags, upper lip vertical lines, lower lip vermillion wrinkles, naso-labial creases and jowls. Among twins where both were smokers with a difference in smoking history of five years or more, the twin who smoked longer had worse scores for lower lid bags, malar bags and lower lip vermillion wrinkles. It is noteworthy that even among sets of twins where both are smokers, a difference in five years or more of smoking duration can cause visibly identifiable changes in facial ageing. Transverse forehead wrinkles, glabellar wrinkles, crow’s feet and lower lip lines accentuated by puckering did not have statistically significant differences in scores. The study reveals the effect on ageing features brought by smoking which primarily affects the middle and lower thirds of the face and demonstrates that a five-year difference in smoking history can cause noticeable differences in facial aging in monozygotic twins. 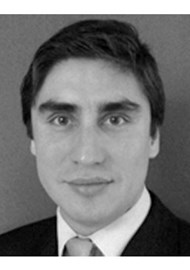