While the most common conventional approaches for benign tumours of the parotid gland are the standard parotidectomy incision, a modified standard parotidectomy incision and a face lift incision, the authors have used a modified endoscopic approach with minimal concealed incisions for the resection of benign tumours of the accessory parotid gland in five patients. They described three incisions, the first of which is 1.5-2cm long, and applied at the margin of the tragus. Two additional incisions each 1cm long were applied, one along the inferior postauricular crease behind the lobule of the ear and the other in the temporal region of the scalp above the hairline. The incision at the margin of the tragus was continued as far as the parotid capsule. The skin flaps were dissected and raised above the surface of the capsule and a surgical plane developed. The two additional incisions were continued subcutaneously to connect to the tunnel. A rigid 30° 4mm endoscope was introduced through any of the incisions with the other two used for instrumentation. Sufficient illumination and magnification allowed for clear identification of the buccal branch of the facial nerve and other anatomical structures which were preserved. In all five cases, the tumours were confined to the accessory lobe of the parotid, with tumour sizes from 0.7cm to 2.5cm in diameter. In all cases, the tumour and surrounding tissues were completely resected and removed by extracapsular dissection without damage to the facial nerve in any of the cases. The authors conclude that though this procedure provides excellent cosmesis in comparison with modified standard parotidectomy incisions and face lift incisions, the procedure is more time consuming but only until the technique had been mastered. The small number of cases is a limitation of the study and the authors need to define the limits of application of this technique in terms of the site, size and nature of the tumors in the parotid. 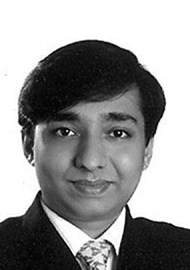