The authors of this paper attempt to add to the numerous burn mortality prediction models which have been described in many papers from many countries, by analysing data from the American Burn Association National Burn Repository. As such they have managed to analyse over 100,000 patient records containing complete data from all burn centres in the USA; a far greater number than any other study. They claim that nearly all other studies use age, total body surface area (TBSA) and inhalational injury as a means of predicting mortality, but ignore extremes of age. Taylor et al. hypothesise that age-specific models should be used, and so have created three groups consisting of children (<18), adults (18-60) and seniors (>60), which they then compare against a fourth group of ‘all ages’ in terms of outcome and accuracy. They concluded that while age, TBSA, and inhalational injury were significant mortality predictors for all models, they did not accurately predict the mortality for children whose predicted mortality reduced with increasing age, and increased with inhalational injury, nor for seniors, whose mortality increased with age for each 1% increase in TBSA and for each year of increased age, when compared to the all age group. The authors conclude that there may be a need to expand the factors for mortality prediction at the extremes of age, to include such things as comorbidities. They also suggest that there may be a need for a prospective, fully audited study in order to provide more accurate data for mortality prediction in the future. 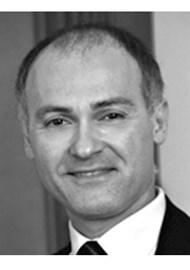