The authors from the Mayo Clinic demonstrate the advantage of early intervention by plastic surgeons in the care of patients with sarcoma. A retrospective case study review looks at the wound complication rate of surgery for those patients who have early plastic surgery input, stated as less than three weeks from their oncological intervention, to those who had late input. Of the 127 patients who underwent sarcoma resection between 2001 and 2011, 45 had a flap reconstruction. All of those in the delayed group (n=15) had a surgical complication, defined as wound dehiscence or wound drainage, seroma or haematoma formation, partial or complete flap failure, or infection requiring intravenous antibiotics. The ‘immediate group’ (n=30) had a complication rate of 36.7%. Larger volumes of tissue resection, >500ml, had a statistically higher complication rate. Patients undergoing intraoperative radiotherapy or brachytherapy had a higher complication rate, but this was not statistically significant. The numbers in this retrospective case note review are small, but the argument remains strong for the early involvement of plastic surgeons within the sarcoma multidisciplinary team, as the complication rate for late intervention, i.e. salvage, is very high. 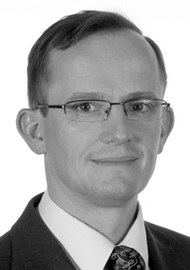