Mercy Ships’ hope and healing in Madagascar
By Leo Cheng

Since my last article on the mission of the Mercy Ships in 2013, the current vessel, the Africa Mercy has continued to bring hope and healing to the people of West Africa. Having completed a very successful eight-month visit to Madagascar, in which time 1269 surgeries were provided free of charge, the ship has now returned for a second season of service in the port city of Toamasina, Madagascar.

For the last 12 years I have had the privilege of travelling to a number of African countries to volunteer on the world’s largest non-governmental floating hospital. Every year I give up two weeks of my annual leave to volunteer with Mercy Ships and I am looking forward to returning again in 2016.

During my most recent trip to the ship my wife Hilary, who is a Methodist Minister, joined me to provide emotional support and spiritual healing to the patients on the ship. I have also had the privilege of bringing my two daughters on board. Kat (24) is a qualified nurse who volunteered as a healthcare assistant, and Zoe (21) is an undergraduate student who worked as a cook 2 years ago in Republic of Congo. The Africa Mercy is a truly incredible place and sharing this with my family makes it even more special.

The ship is not just a hospital, but a village supporting a community of 450 volunteers from 40 nations and countless patients and their carers. Serving on-board Africa Mercy as a family was a unique privilege as we helped others whether they were patients requiring life-saving surgery or selfless crew members who needed to be fed and looked after.

In Madagascar, 90% of the population live on less than US$2.00 per day, with two doctors and three hospital beds for every 10,000 people. Outside the capital and major cities, there is no basic healthcare. Tumours or deformities that can be treated by simple surgery in economically advanced countries often develop into extensive lift-threatening mass and disabilities. 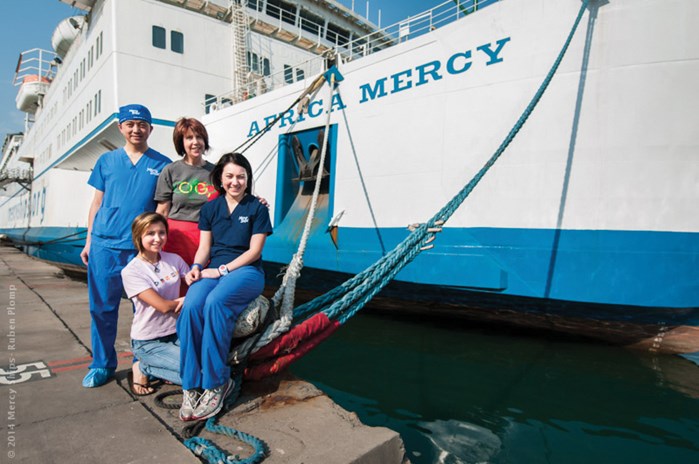 Dr Cheng and his family on board the Africa Mercy.

There were a number of cases over the course of my last visit to the Africa Mercy which were particularly challenging for the ship’s team.

For almost 20 years, Sambany’s life had been consumed by a enormous tumour that had been slowly growing from his neck. The tumour was massive; it was a burden that represented two decades of misery.

Sambany (60-years-old) had an over 7.5kg (17lb) benign facial tumour. He had to be carried by his son and friends for over three days on foot to reach a town with a road where they could catch a bus to the Africa Mercy. Dr Gary Parker, the Chief Medical Officer and his team removed the tumour in a 12-hour surgery and 17 volunteer crew members acted as an on-board living blood bank as they donated their blood before and during the operation.

This marked a historic moment for the charity, which has been operating since 1978, as it was one of the biggest tumours the team on board had ever seen.

“Volunteers are the lifeline of the charity and without them we simply would not exist. We are extremely grateful to people around the UK, like the Cheng family, who continue to support us” Judy Polkinhorn, Executive Director of Mercy Ships UK 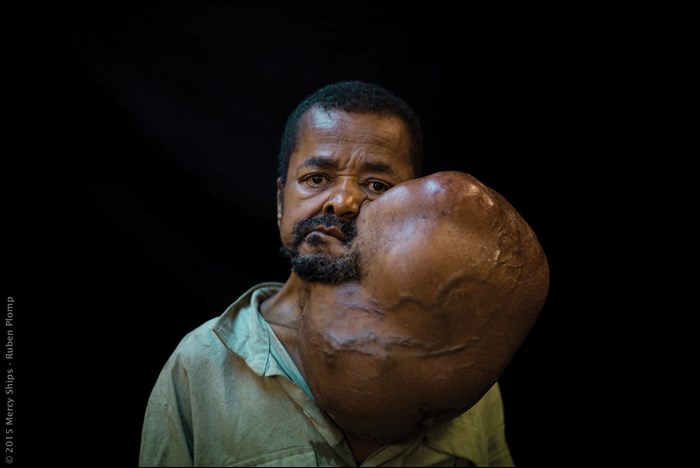 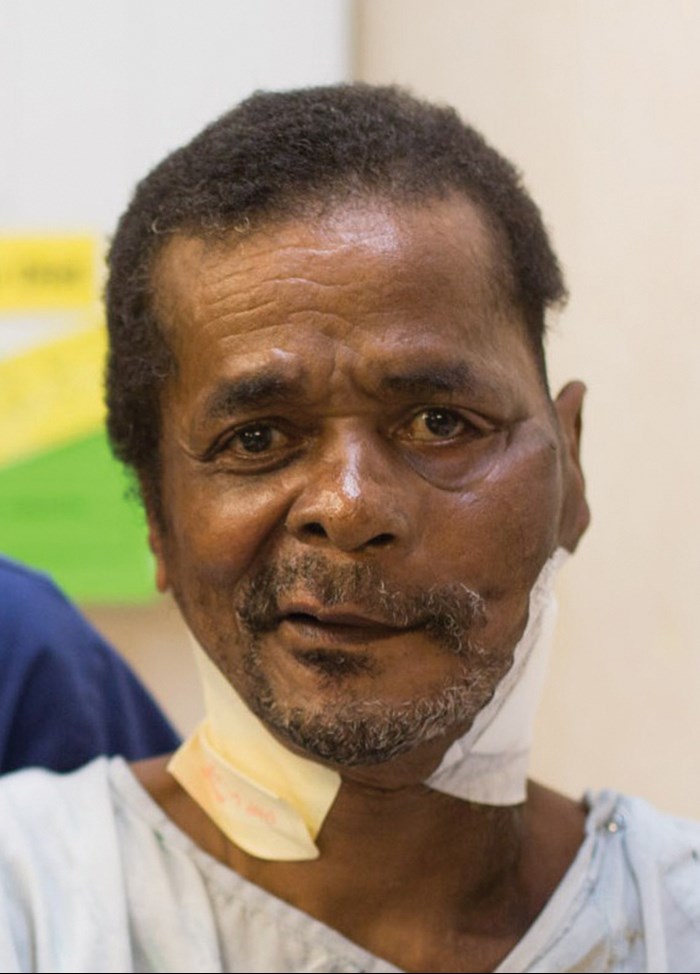 Sambany before and after surgery. 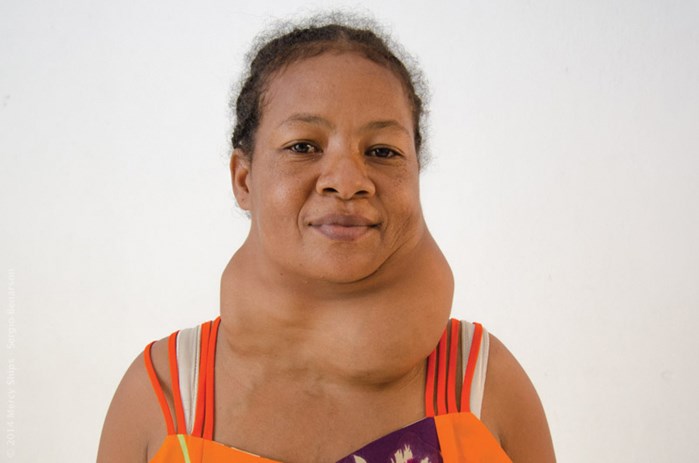 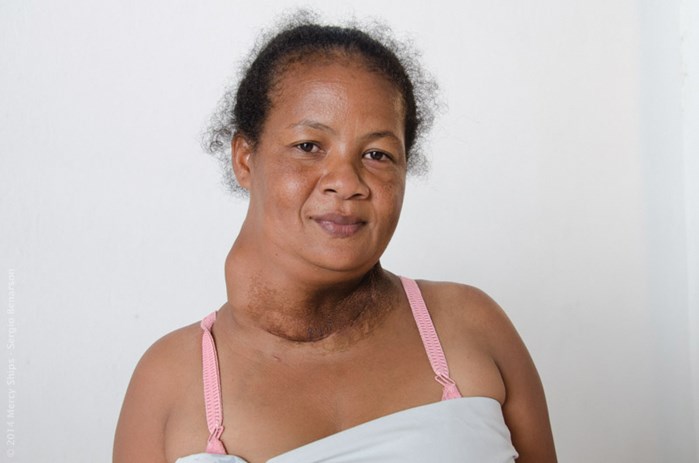 Hanta Rosoanirina before and after surgery. 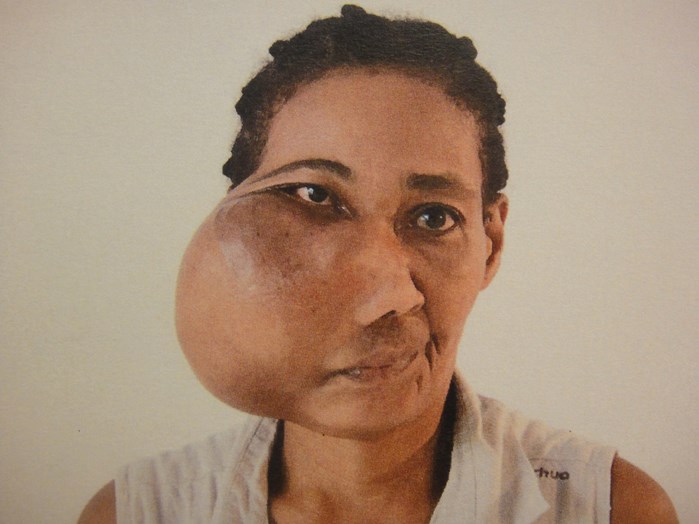 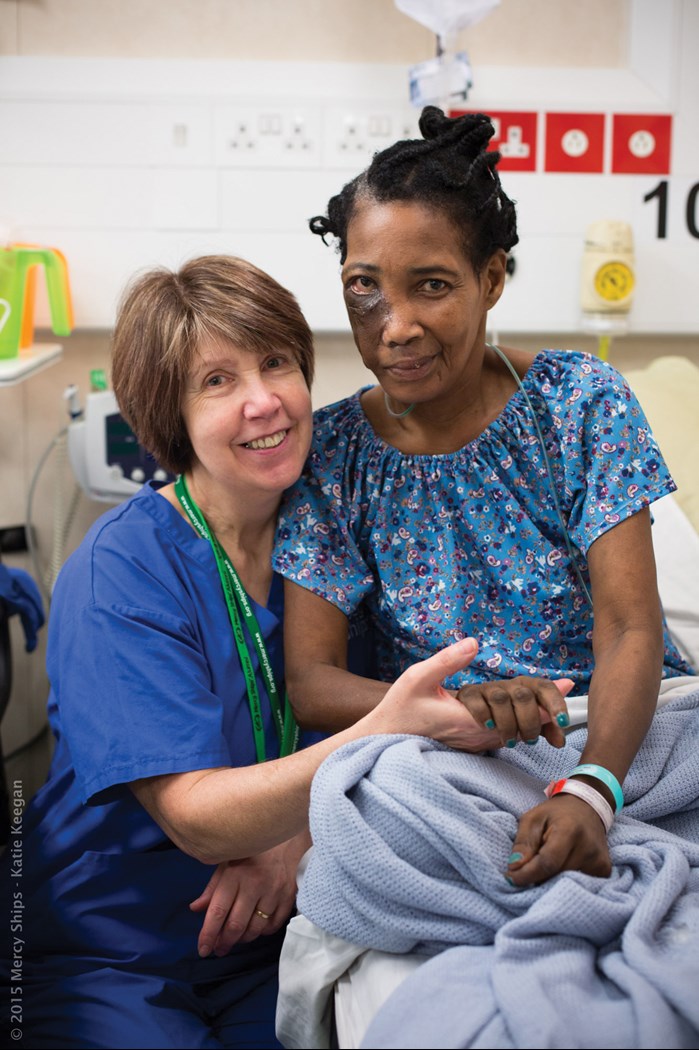 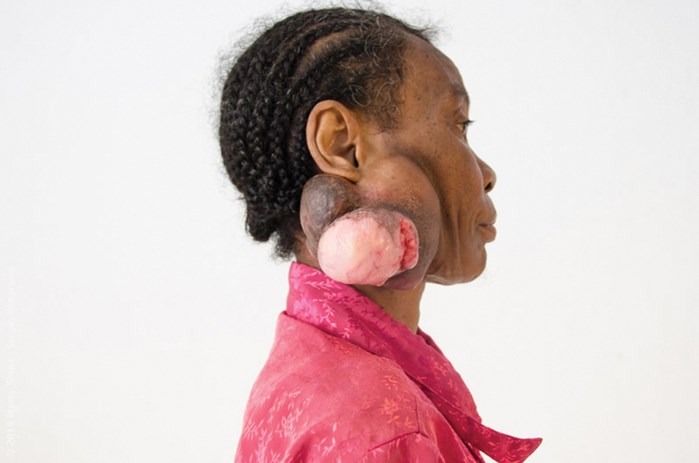 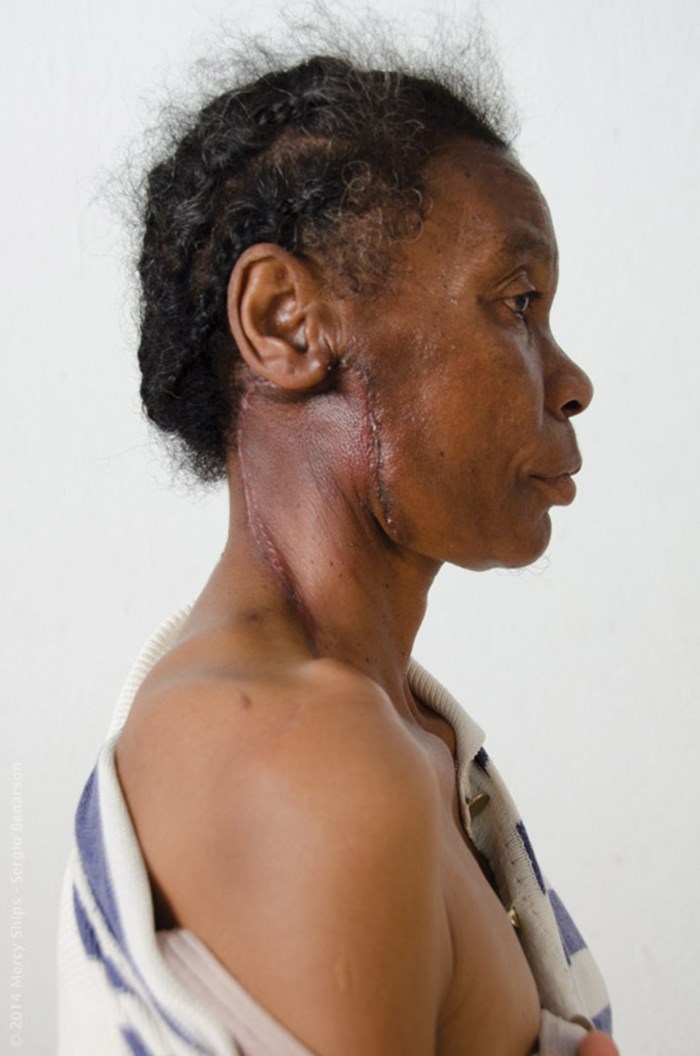 Realimanana before and after surgery.

CT and ultrasound also showed occlusion of the left internal jugular vein. Total thyroidectomy with left neck dissection was carried out by two ship surgeons, AJ Collins and myself, leaving the right neck in situ to avoid the risks of removing both internal jugular veins. Hanta was given high doses of thyroxin to slow down the growth of metastatic papillary carcinoma by suppressing thyroid stimulating hormone.

A seven-year history of parotid growth burst through the skin with salivary leak in Raelimanana, a 54-year-old lady. She covered her facial growth with a shawl soaked with saliva and an unpleasant odour, which isolated her from her family and villagers. Raelimanana’s parotid tumour was removed with preservation of facial nerve and the defect was repaired with a cervicofacial flap.

Due to the lack of basic healthcare and medical professionals in West Africa many people with benign conditions end up suffering from extensive tumours, not only causing deformities and functional disabilities but causing others to fear them. It is not uncommon for patients to have spent years of non-existence and suffering having been completely ostracised by their families, friends and villagers who believe such deformities are a ‘sign of the devil’.

For many patients the services and life-changing surgery provided by Mercy Ships gives as much psychological healing as it does physical.

Professionals including surgeons, dentists, nurses, healthcare trainers, teachers, cooks, seamen, engineers and agriculturalists donate their time and skills to the effort. Mercy Ships seeks to transform individuals and serve nations one at a time.

All of Mercy Ships’ crew members, including the captain, surgeons, nurses, dentists, hygienists, chefs, engineers, electricians and cleaning staff are volunteers who pay for their own accommodation on board and transport to the ship. This allows for more donations for Mercy Ships to go directly towards patient care and the maintenance of the hospital ship.

Judy Polkinhorn, Executive Director of Mercy Ships UK, said, “Volunteers are the lifeline of the charity and without them we simply would not exist. We are extremely grateful to people around the UK, like the Cheng family, who continue to support us.” For more information visit: www.mercyships.org.uk