(Note: Serving face / giving face is a term used commonly by drag performers. It refers to the face you make as you pose for a photograph.)

Dr Vincent Wong showcases the art and science of transforming drag queens into Queens of Drag with injectable dermal fillers.

Stunning’, ‘classy’ and ‘sexy’ are words used by Baga Chipz, the second runner-up of the first season of RuPaul’s Drag Race UK, to describe herself in the official UK Number 2 hit song, Break Up (Bye Bye).

When 30-year-old Leo Loren presented to my clinic requesting non-surgical facial aesthetics treatments, he was hoping to achieve a sculpted appearance, similar to what he had been achieving with makeup, to further enhance the appearance of his drag persona.

Although Leo is best known in the public eye as drag queen Baga Chipz, he was adamant that he wanted to maintain certain facial features as masculine, while wishing to feminise others. This demonstrates the importance of consulting and treating patients on an individual basis, regardless of their gender. In this era of gender fluidity, respecting the wishes and desires of patients without any judgement is more important than ever before. It also highlights the complexity of aesthetic medicine, where trained practitioners can indeed create androgynous looks whilst respecting facial balance and harmony.

During the consultation, Leo explained that his main concern was unevenness of his upper lip. He wanted fuller and more feminine lips, a key feature that he believed would enhance the appearance he wanted for his drag persona. His aesthetic goals were to look more symmetrical, more sculpted, more feminine in the midface, more masculine in the lower face, and to look fresher. 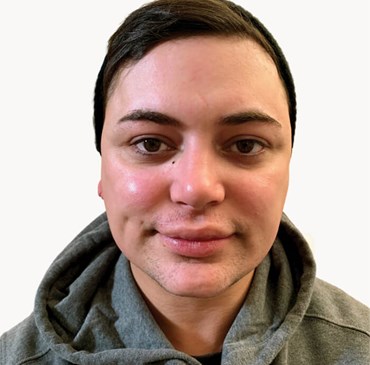 On examination, Leo had mild volume loss in the infraorbital region, an uneven upper lip (Figure 1) and poorly defined jawline. To achieve his goals, his cheeks, jawline and chin would be further enhanced. We discussed the treatment plan involving mid and lower face enhancement, infraorbital revolumisation, and lip correction and enhancement with hyaluronic acid (HA). The pros and cons of undergoing dermal filler treatments were outlined and discussed, along with the associated side-effects, downtime, risks and longevity of results.

After formulating a treatment plan with Leo, a decision was made to start with infraorbital revolumisation and lip enhancement; followed by feminisation of the midface and masculinisation of the lower face a week later. Appropriate consent was obtained before treatment.

As with all patients, it is crucial to manage expectations carefully and correctly. The conversation about facial aesthetics should be part of a larger conversation about overall wellness and wellbeing (this includes both physical and mental wellness). Many patients from the LGBTQ+ community suffer from body dysphoria, which can severely impact emotional and mental wellbeing. Although non-surgical aesthetic procedures can aid in the process of self-acceptance and being one’s truest self, it is also crucial to look out for signs of appearance anxiety and body dysmorphic disorder (BDD) as these can easily be masked. The Cosmetic Procedure Screening Questionnaire (COPS) questionnaire for BDD and the Appearance Anxiety Inventory are great tools to use in clinic [1,2]; Leo had low scores on both questionnaires.

Leo was excited for his procedures but expressed that he was worried about pain. A topical anaesthetic cream (EMLA) was applied for 30 minutes before the procedure. I reassured Leo that the dermal filler products had been specifically chosen as they contained lidocaine to ensure maximum comfort.

Apart from safety and efficacy, tissue integration, the balance between product longevity and mouldability are important factors to consider when selecting dermal fillers. In a market saturated with HA dermal fillers, it is imperative that healthcare professionals understand the manufacturing process and technology as well as rheological properties to determine the suitability and clinical benefits of selected dermal fillers in order to ensure optimum results for the patient.

I selected Definisse™ dermal fillers which are manufactured based on a proprietary and exclusive technology named XTR™ (eXcellent Three-dimensional Reticulation), based on a controlled three-step process to achieve a stable and long-lasting filler. The products within the range (Touch, Restore and Core) have a remarkably high G’ (marker of lifting capacity) compared to benchmarked and referenced fillers, which allows for excellent projection with small amounts of product [3]. The degree of crosslinking and cohesivity are in the same ratio as most of the other products available on the market [3]. Microscopic observations have also revealed that Definisse fillers are more homogeneous compared to the other fillers [3].

For the infraorbital region, I injected 0.5ml of Definisse Restore per side. The product was injected deeply on the supraperiosteal level along the orbital margin in a retrograde manner using a 25G cannula. A significant improvement in volume was observed immediately, with minimal swelling.

As the lips were thick lips to begin with I was cautious not to overfill them. In order to produce a noticeable difference in volume and symmetry; a total of 1ml of Definisse Touch was injected, using a sharp needle, into the vermillion border, body of the upper and lower lips. We were successful in achieving a fuller and more feminine appearance of the lips (Figure 2). 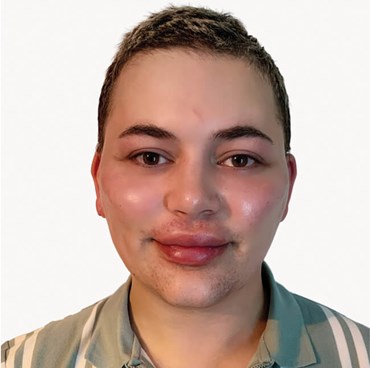 Figure 2: Lips are fuller, more feminine and symmetrical.
The shape of the mid face is more feminine with accentuated ogee curve.

Female cheeks have thicker medial subcutaneous fat compartment (1.5 times thicker than that of male cheeks) [4]. To achieve the sculpted look that was desired, 2ml of Definisse Core was injected into the medial cheek (supraperosteal layer) and along the zygoma using small boluses of 0.2ml each and linear threading with a needle. By selecting a product with a high G’, fuller and more structured cheeks were achieved. The prominent cheekbones made a significant impact, by adding structure and changing the shape of the midface to lift and appear more feminine with an accentuated Ogee curve (Figure 2) – this is something that many drag queens achieve by using tapes when they perform in drag to appear convincingly feminine.

For the chin and jawline, a further 2ml of Definisse Core was distributed (small boluses) between the lateral lower chin, mandible body and mandible angle. All injections were carried out on the supraperiosteal layer, using a needle. These injections resulted in better facial balance with lower chin projection, a more defined jawline with a tightening effect in the submandibular region, improving the cervicomental angle (Figure 3). 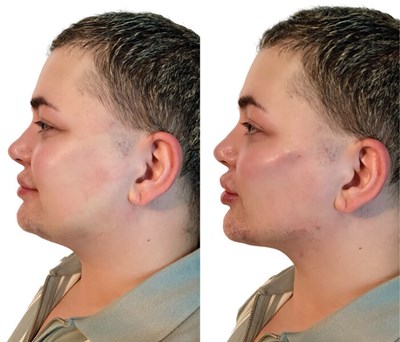 Figure 3: Profile view before (left) and after (right).
Better facial balance was achieved with lower chin projection, a more defined jawline as well as
a tightening effect in the submandibular region, improving the cervicomental angle.
The midface contour is also visible in profile.

Leo was extremely pleased with the results of his dermal filler treatments. He was advised to not apply make-up or to exercise for 24 hours following each visit. Apart from some minor bruising, he did not experience any adverse effects from the treatments. Figure 4 shows Leo in drag after treatments. 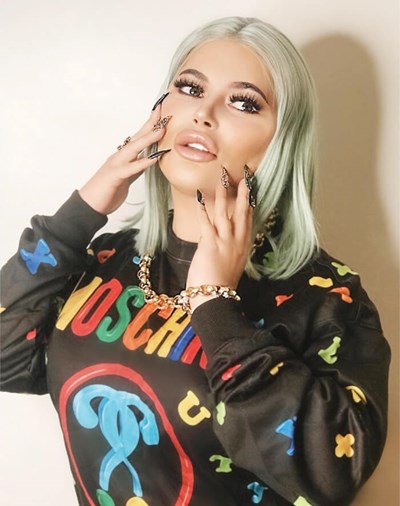 Figure 4: Leo in drag, as Baga Chipz after treatment.

Treating the LGBTQ+ community can be extremely rewarding, both for the patient and the healthcare professional. It widens the scope of aesthetic medicine, from traditional anti-ageing approach to effectively harmonising patients’ physical appearance with their own self-perception. This could include procedures that help achieve the ideals of beauty and attractiveness related to looking more feminine or more masculine, or as shown here, a combination of both. Most members of the LGBTQ+ community want their facial appearance to reflect how they feel about themselves, but at the same time, have a fear that the practitioner may not necessarily relate to or understand their unique needs. Effective changes can be achieved with non-invasive injectable procedures with minimal risks and downtime. When conducted with sensitivity and attention to individual patient goals and details of the procedure, facial aesthetics treatments can be of great benefit in enhancing patients’ self-perception and overall quality of life.

Leo reported that he feels more confident following this treatment, especially when working in front of the camera and attending red carpet events. With his outer appearance now being a better match to his inner identity, Leo also feels happier when he looks in the mirror and spends less time getting ready to perform. His insecurities about the way he looks have reduced drastically, leading to a better quality of life. His career has also progressed massively, with many mainstream television appearances and an upcoming world tour with other drag queens. Overall, this is what Baga Chipz would describe as, “Much Betta”.

Declaration of competing interests: The author has been reimbursed by ReLife, the manufacturer of Definisse dermal fillers, for attending several conferences and for conducting clinical studies. 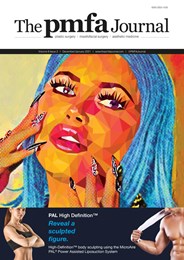 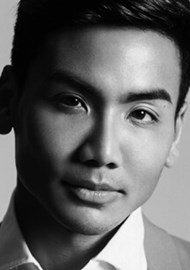 He runs clinics in the UK and Ireland, with his main clinic, Vindoc Aesthetics, located on Harley Street, London. He has a special interest in facial masculinisation and feminisation within the LGBTQ+ community and has treated many transgender patients and drag performers.