The authors, experts in dermatologic laser surgery, provide us with a comprehensive review on the use of lasers for tattoo removal.

The advanced development in laser devices that can be used for tattoo removal has helped patients and clinicians attain much better results that were not achievable in the past. Future innovations should give even better results requiring fewer treatments and yielding more complete clearance.

During 2017, an online survey conducted among 1010 adult subjects in the US showed that 25% had more than one tattoo, 17% had one tattoo and 19% are considering getting one. The most common reason (38%) for getting a tattoo was “to express my style and opinion” [1]. As more people are getting tattoos, the number of people regretting them and considering removal is also rising. Another survey of 2225 US adults in 2015 showed that 23% of subjects with tattoos regret getting one (increasing from 14% in 2012) with the main reasons being: had it at a very young age, personality changes, tattoo of a significant other’s name when they are no longer together, and many others [2]. The American Society for Dermatologic Surgery (ASDS) reported that the number of tattoo removal procedures increased from 86,000 in 2010 to 100,000 in 2011. The annual ASDS consumer survey in 2018 showed that laser tattoo removal was one of six cosmetic treatments that achieved a satisfaction rate of 90% or higher [3].

There are many different types of tattoos [4,5]:

One of the earliest documented attempts at tattoo removal was by a Greek physician, Dr Aetius, in 543 AD. He described a method of using salt and chemicals to remove tattoos. Destructive methods such as these have been used in more modern times: such as salabrasion, using salt to abrade the skin and then to help leach the tattoo from the skin, dermabrasion, extreme heat or cold, trichloroacetic acid, and surgical excision [4,6,7]. All of these methods cause non-selective destruction of the tattoo and surrounding skin resulting in often significant scar formation.

In the 1960s and 1970s, argon and carbon dioxide lasers were used for tattoo removal and worked by non-selective heat and destruction, resulting quite often in prominent scarring. The use of argon lasers for tattoo removal was reported by Apfelberg et al. in 1979 in a series of 30 patients, with tattoos showing varying degrees of ink removal as well as scarring in some patients [8]. Tattoo removal with carbon dioxide lasers demonstrated similar results of incomplete pigment removal and scarring [9].

In 1965, Goldman reported a white blanched reaction in a blue tattoo treated with Q-switched ruby laser [10]. However, Q-switched lasers were not widely used for that purpose until after Anderson and Parrish described the theory behind the selective use of lasers to destroy target tissues while sparing surrounding skin in 1983 called selective photothermolysis [11]. This theory describes the use of specific wavelengths and pulse-durations of laser energy which is absorbed by different tissue targets (chromophores) stimulating their removal while causing minimal damage to surrounding normal skin. They also described that small chromophores (subcellular organelle) need to be treated with short pulse-duration in the nansosecond domain or below [11]. 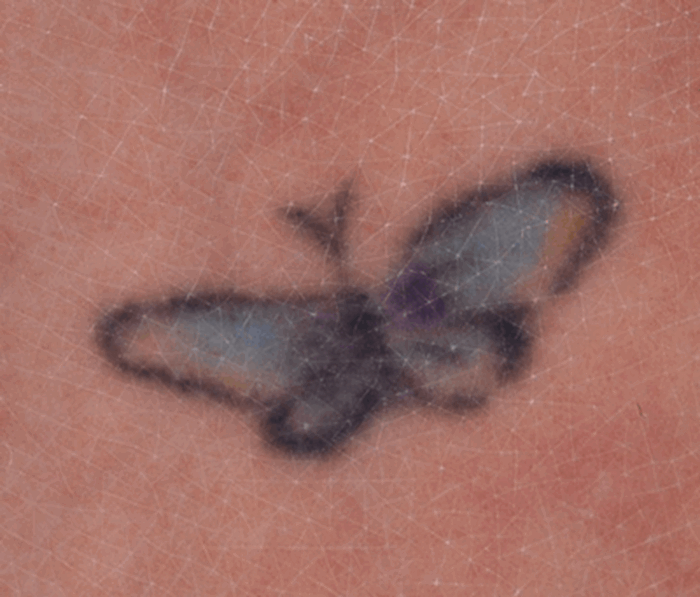 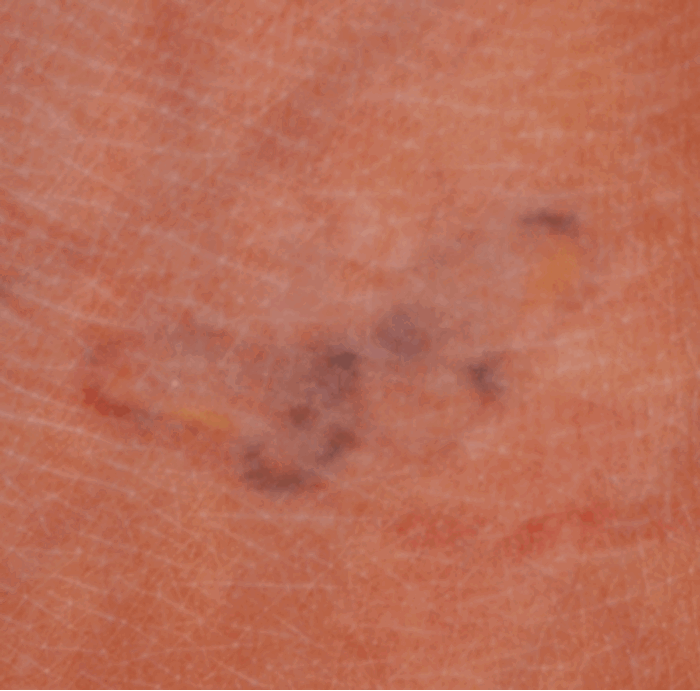 Figure 1: Multicoloured tattoo before (a) and after (b) four treatments with 785nm picosecond laser showing near complete clearance of blue and purple inks and incomplete removal of black and yellow inks [17].

Tattoo ink in common use has a particle size of about 0.1μm, which corresponds to thermal relaxation time of <10ns, although the actual targets in skin are particles that have been aggregated by tissue macrophages and would be larger. This may suggest that shorter pulse durations in the picosecond-domain range may be more effective at removing tattoo ink [15]. Brauer and his colleagues treated 12 tattoos with green-blue colour and showed 75-100% clearance after one to two treatments with a picosecond-domain, 755nm alexandrite laser [16]. Bernstein et al. studied the efficacy of a 785nm picosecond-domain laser for treating 13 green, eight blue, and four purple inked tattoos as well as other colours. After four treatments the clearance rate was 74%, 81% and 85%, respectively (Figure 1) [17]. Another study investigated the effectiveness of a picosecond-domain Nd:YAG laser treating 31 tattoos using 1064nm for black, (Figure 2 and 3), green and blue inks and the 532nm wavelength for red and yellow inks showed and measured an average of 79% removal after 6.5 treatments [18]. 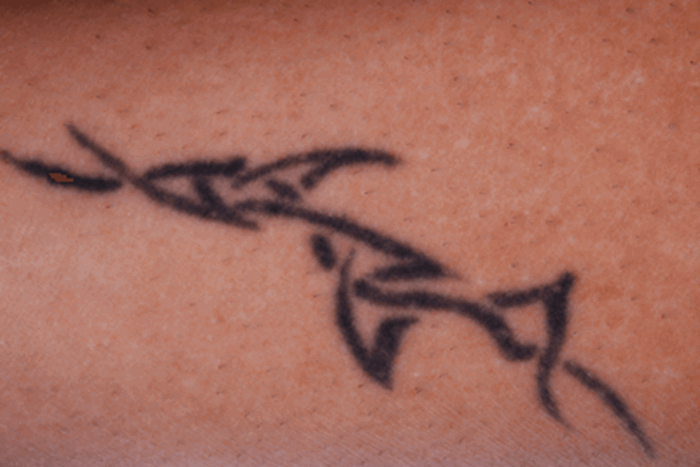 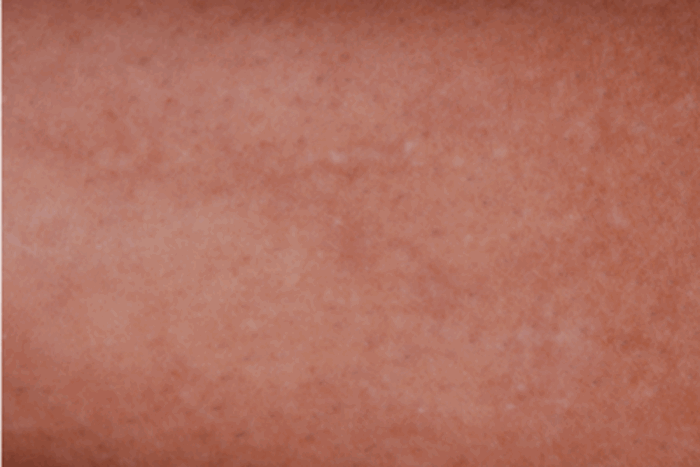 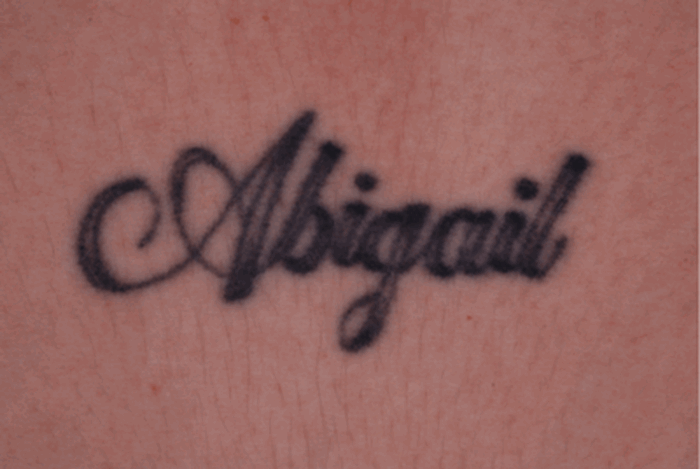 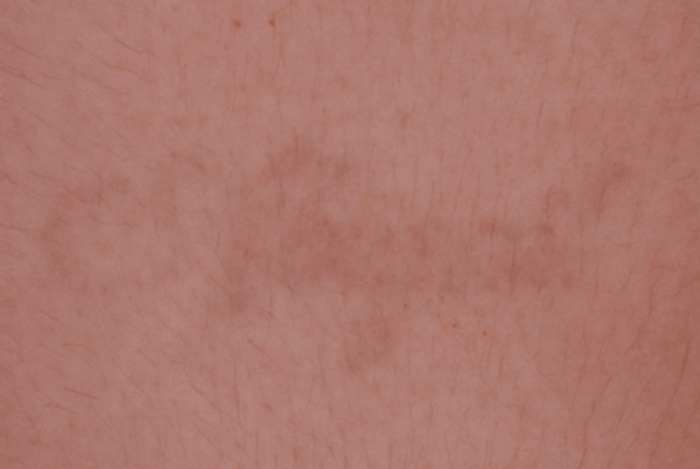 Figure 2 and 3: Black tattoos before (a) and after (b) an average of 6.5 treatments with 1064nm picosecond laser showing complete / near complete clearance of the tattoos [18].

Intense pulsed light (IPL) and millisecond-domain devices should not be used for tattoo removal, as the long pulse duration of these devices relative to the tattoo particle size results in excessive heating to surrounding tissue and significant scarring [7].

Cosmetic tattoos such as tan, brown and red coloured inks contain iron, zinc or titanium oxides which are also used in white ink, which is often mixed with other colours to get lighter pigments [7]. Fitzpatrick and his colleagues reported five cases of immediate and irreversible darkening of cosmetic tattoos after treatment with Q-switched lasers (ruby and Nd:YAG) and described that the reason behind this colour change is the chemical reduction of ferric oxide to ferrous oxide. Three out of the five cases had clearance with further Q-switched laser treatments, however, the two cases showed no improvement suggesting that a test area may be recommended when treating a cosmetic tattoo [19]. Ablative lasers have been used for cosmetic tattoo removal because they are non-selective to pigments, so pigment darkening is not a risk, however, scarring is a greater risk than with Q-switched or picosecond-domain lasers. Alster et al. reported four cases of cosmetic tattoos treated with fractionated ablative carbon dioxide laser with complete or near complete pigment clearance after one treatment, and no scarring was noted. The use of ablative lasers for cosmetic tattoos need to be carefully approached as excessive energy can result in scarring [20].

Many factors need to be taken into consideration before laser tattoo removal; after reviewing the medical history it’s important to evaluate the tattoo carefully looking at the type of tattoo, ink colours, patient’s skin colour, and inquire about the duration of the tattoo. It’s even more important to set realistic expectations with the patient, discussing that multiple sessions are required (six to ten or more), and stating the proper interval between sessions (six to eight weeks or more), the cost of treatment, as well as the risks and side-effects including dyspigmentation, blistering, crusting or scarring, and that incomplete removal or unsatisfactory results are possible. If treating a cosmetic tattoo, discuss that darkening is a strong possibility when treating with Q-switched, nanosecond-domain or picosecond-domain lasers, and that a test spot is recommended.

If possible, laser surgeons should avoid treating tanned skin, because melanin pigment is a competing chromophore with tattoo ink and can result in superficial absorption of the laser energy and epidermal damage. If treating dark skin with black ink, the 1,064nm Nd:YAG laser is the optimal choice due to the relatively long wavelength resulting in less melanain absorption, but still having quite strong absorption from black tattoo ink. Anaesthesia is usually required (topical or local intradermal) given the pain associated with laser tattoo treatment. Ensure that all staff and the patient have appropriate protective eyewear, rated for the wavelengths in use, and try to have glasses that cover the multiple wavelengths present in a given laser device. Cleanse the area to be treated well to remove any possible skin care products. The use of clear hydrogel dressing can protect the epidermis during treatment and reduce tissue splatter, but reflection of the incident laser beam is a greater risk when using these dressings. The appropriate endpoint that providers should be looking for is a whitening reaction in the treated area.

After the laser treatment, patients are instructed to keep the treated area moist by using emollients such as petrolatum covered with a non-stick dressing until the skin is back to normal, which can take a week or more. Between treatments patients must protect the tattoo from the sun to prevent tanning.

The use of laser devices for tattoo removal is an effective and safe modality if performed by an experienced clinician, and is one of the more rewarding and fascinating procedures performed by cutaneous laser surgeons.

Declaration of competing interests: Eric Bernstein is a consultant and equity holder in Syneron-Candela and is on the Medical Advisory Board for Soliton. 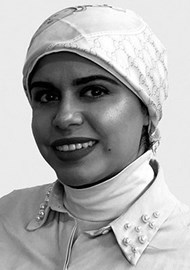 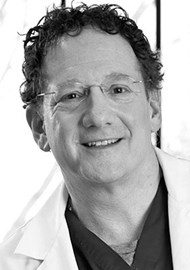