Breast augmentation from a patient perspective
By Annabelle Baugh

When I was 17 and saw Pamela Anderson on Baywatch I knew I wanted to have breast implants. A plastic surgeon had an office nearby so I went to find out more. The woman who spoke with me was lovely, she showed me before and after patient photos and let me feel a silicone breast implant, but she said I would have to wait until I was 18. As I didn’t have the money, it didn’t matter anyway. It would take me a while to save up, and I was also unsure I wanted to go to that plastic surgeon, as I wasn’t keen on the ‘fake look’ I saw in the before and after photos.

As soon as I left college at 18 and started working full-time, I started to save. After a year I had saved enough, so I booked another consultation at a clinic which was part of a nationwide chain. The surgeon I saw was dismissive when I said I wanted a natural looking breast augmentation. He told me that because I was so small busted, after a breast augmentation my breasts would look round and ‘fake’. Disheartened, I started to research, then a few months later my friend had a breast augmentation. She was also small busted so I was very keen to see what her breasts looked like afterwards. 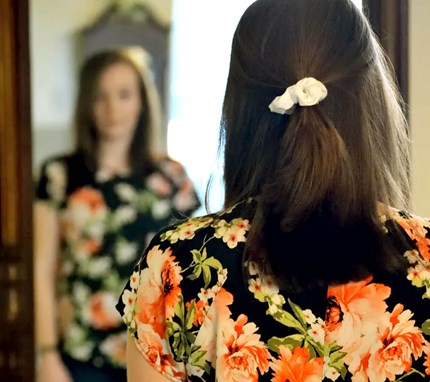 When she showed me her very natural looking breasts I knew I wanted the same plastic surgeon to perform my breast augmentation. When I visited Douglas McGeorge for the first time, I would have booked my procedure there and then, but he charged more than the previous clinic so I needed to save up more money. Approximately nine months later I was able to book my breast augmentation. We agreed I would have 280cc low profile silicone implants and he was confident they would give me a natural breast shape.

While I was happy with the results, I knew immediately that I wanted to go bigger, but still keep a natural looking breast shape. I was lucky as Douglas really understood what I wanted and advised I might be able to have larger implants in a year. Approximately six months later I noticed my breasts were starting to feel firmer, when they should have been getting softer. I went back to see Douglas who found I had some signs of capsular contraction (scar tissue around the breast implant becoming thicker). He therefore suggested having textured breast implants, as they had a lower associated rate of capsular contraction. He agreed to exchange my implants for larger tear drop (anatomical) breast implants 395cc. Following my second breast augmentation, I felt a lot happier with the size and shape, but I still wanted to go bigger.

Around that time, I met a woman who had expandable implants, called tissue expanders, which are gradually expanded with saline. Although they looked incredibly fake and round, I started to consider them. I was no longer concerned with having a natural shape and I just really wanted to have larger breasts, that I would be happy with. Douglas and I talked on the phone many times; he refused to give me tissue expanders and after a lot of thought, I decided to be happy with what I had. My breasts really did look amazing and I didn’t want to risk something going wrong with tissue expanders. Douglas said a larger anatomical breast implant was being designed for women like me with a small chest diameter, and he would let me know when they were available.

The phone rang approximately nine months later; Douglas was calling to tell me the larger non-anatomical Allergan breast implants were available and asked if I was still considering them. Without hesitation and having complete faith in Douglas I agreed to go ahead, and a few weeks later I was having my third and final breast augmentation. Seeing my new breasts for the first time I was overjoyed, in fact I burst into tears. They were finally the size and shape I had always wanted.

Looking back, I think I was struggling with body dysmorphia and I believe that the care and time Douglas spent talking with me prevented me from making a serious mistake. Today, I am extremely glad I didn’t have expandable implants. I think, at that time, I would have gone extremely large and would now be deeply regretting it (and probably need reconstructive surgery to make my breasts smaller).

My last breast augmentation was over 15 years ago and my breasts are still perfect. My breast implants have now been linked to a rare cancer called breast implant associated anaplastic large cell lymphoma (BIA-ALCL). Concerned after doing a lot of research I created a website, Cosmetic Surgery Advancements, to provide regular updates and information about BIA-ALCL.

I would strongly advise other people who are considering breast augmentation to never feel rushed to make a decision. Don’t rely on before and after patient photos or what a surgeon's website tells you. I was really fortunate to find Douglas, my plastic surgeon. He took the time to communicate with me and talk me through all the options but that isn’t the case with everyone. Do your research and look for a plastic surgeon with specific experience with the plastic surgery procedure you are considering. 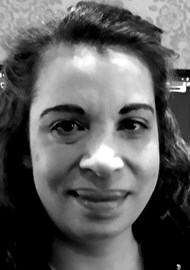