A Reaction to the ‘Keogh Report’
By Judy Evans

In April 2013, the British Government’s report on regulation and safety issues in the cosmetic surgery sector was produced, authored by NHS Medical Director Prof Sir Bruce Keogh. The Royal College of Surgeons of Edinburgh and the British Association of Aesthetic Surgeons (BAAPS) along with many other organisations have welcomed the report.

Highly trained, professional surgeons practising in this field have long been frustrated by the lack of regulation and attention to patient safety (that we regard as essential) being applied by some ‘cowboy’ practitioners.

In past years BAAPS has put out various recommendations, and the Royal Colleges have addressed issues of patient safety. However, these have been recommendations only, and there have been no effective sanctions – the General Medical Council can only deal with doctors, and does not have any power to stop unregulated non-medical professionals.

The Keogh Report provides strong advice to Government to change the law, provide robust regulation to prevent unlicensed treatments, protect patients and provide redress if something goes wrong. The report has three main areas for attention:

Currently, botulinum toxin is a prescription only medicine, but dermal fillers are not, and they can be bought and administered by anyone. The fact that it is relatively easy to inject such substances means that they are the very treatments which are most in need of regulation. Knowledge of the anatomy of the region being treated is essential, as is understanding of the amount of filler to be used, and precisely where to place it. There are many examples of improper use of such treatments, including patients being sufficiently desperate to try out self injection. This can lead to disastrous consequences, with the near impossibility of putting things right after mal-treatment. Poor quality products can lead to infections, cysts and subcutaneous granulomata, which can in turn lead to permanent scarring.

Lasers also need to be regulated; there are several different types and usages of lasers, and only someone who is properly qualified in their range of uses can safely use such treatments, in a properly assessed and licenced premises.

...the message must be clear to the public: it is better (and usually cheaper) to get it right first time, than to have to undergo reversals of poor quality procedures...

There is already a degree of regulation in terms of hospitals which are used for operative procedures, but no regulation at all of such premises as hairdressers and beauticians. Botox parties may be advertised, even on the Internet, and such events lead to patients receiving treatments in a social setting, often under the influence of alcohol, without proper information and explanation of the possible risks involved. 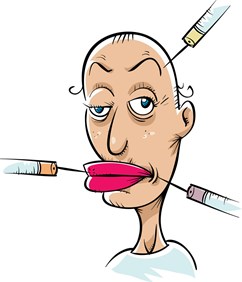 In the wake of the recent PIP scandal, only properly trained surgeons should undertake breast enlargement surgery, and patients should be given full information on risks, limitations and alternatives. The psychological wellbeing and suitability of patients for a procedure should be fully assessed. Implant documentation should be provided to all patients.

There may be some disagreement amongst professionals about the use of psychologists in this field. There is a recommendation that patients should have a full psychological assessment before they proceed to cosmetic surgery. Many surgeons would dispute the need for involving a psychologist, and suggest that they are the best people to assess the suitability of an individual patient for a particular operation. Scales, such as the Derriford Appearance Scale, are useful tools in assessing a patient’s self-consciousness of appearance, and can thus be used to assess the likely satisfaction of a patient after a successful, well planned operation. It is part of the training of a good plastic surgeon that an understanding of the body image of cosmetic patients is fully assessed and documented in the patient notes.

As a principle, membership organisations such as BAAPS make surgical audit a requirement of renewal of membership rights. Information is collected annually, and published nationally. There is currently no requirement for non-licensed practitioners to be involved in any form of audit. Much further work needs to be done before suggested acceptable annual numbers and rates of complications can be established. Again, once this is done, if there is legislation around these expected ‘norms’ then practitioners who do not achieve them will have to stop, and patients will have some form of redress.

There is currently a plethora of television programmes and popular magazine articles about ‘botched surgery’. Some very skilled, highly professional surgeons have been involved in operations which have shown the difficulty of reversing badly done surgery. Some reparative operations have also suffered complications, and the message must be clear to the public: it is better (and usually cheaper) to get it right first time, than to have to undergo reversals of poor quality procedures.

In many cases it is just impossible to reverse all the damage that has been done.

Sometimes, when the problems caused by improper operations are potentially life-threatening, it is the NHS and taxpayers money that has to be spent attempting to repair the damage.

At the current time, there are regulations around realistic advertising. Some ‘cowboy’ clinics use glossy photos of glamorous models to attract clients. BAAPS has tried, over the years, to use existing advertising law to prevent such unreasonable publicity. So far it has proved very difficult to get false claims removed; it is to be hoped that increasing regulation will lead to less inappropriate advertising.

Dr Dan Poulter, British Health Minister, has said: “While there are some responsible clinics which do take proper care of their patients, Sir Bruce Keogh’s review makes clear that there is a significant risk of people falling into the hands of cowboy firms or individuals whose only aim is to make a quick profit. These people simply don’t care about the welfare of the people they are taking money from. It is clear that it is time for the government to step in to ensure the public are properly protected. The independent panel has made some far-reaching recommendations, the principles of which I agree with entirely. We will consider the report carefully and respond in detail.“

Those of us who practise with high standards welcome the report and hope that its implementation will be speedy and far reaching. A reduction in the number of botched procedures leading to damaged lives will be welcomed. However, we must not be complacent. The law has not yet been passed . . .

The cowboys create much media attention, and poor practice tarnishes the reputations of us all! 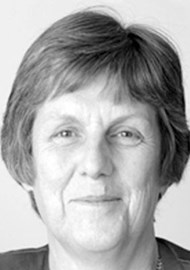