This 78-year-old gentleman underwent excision of basal cell carcinoma overlying the left alar, nasal tip and nasal dorsum. The Converse scalping flap was raised and used to cover the defect. Non-adherent dressing was applied to provide temporary cover for the exposed donor area in the scalp. Split thickness skin graft harvested from the supraclavicular region was utilised to cover the forehead defect. Three weeks later the pedicle was divided and the proximal flap returned to forehead / scalp. 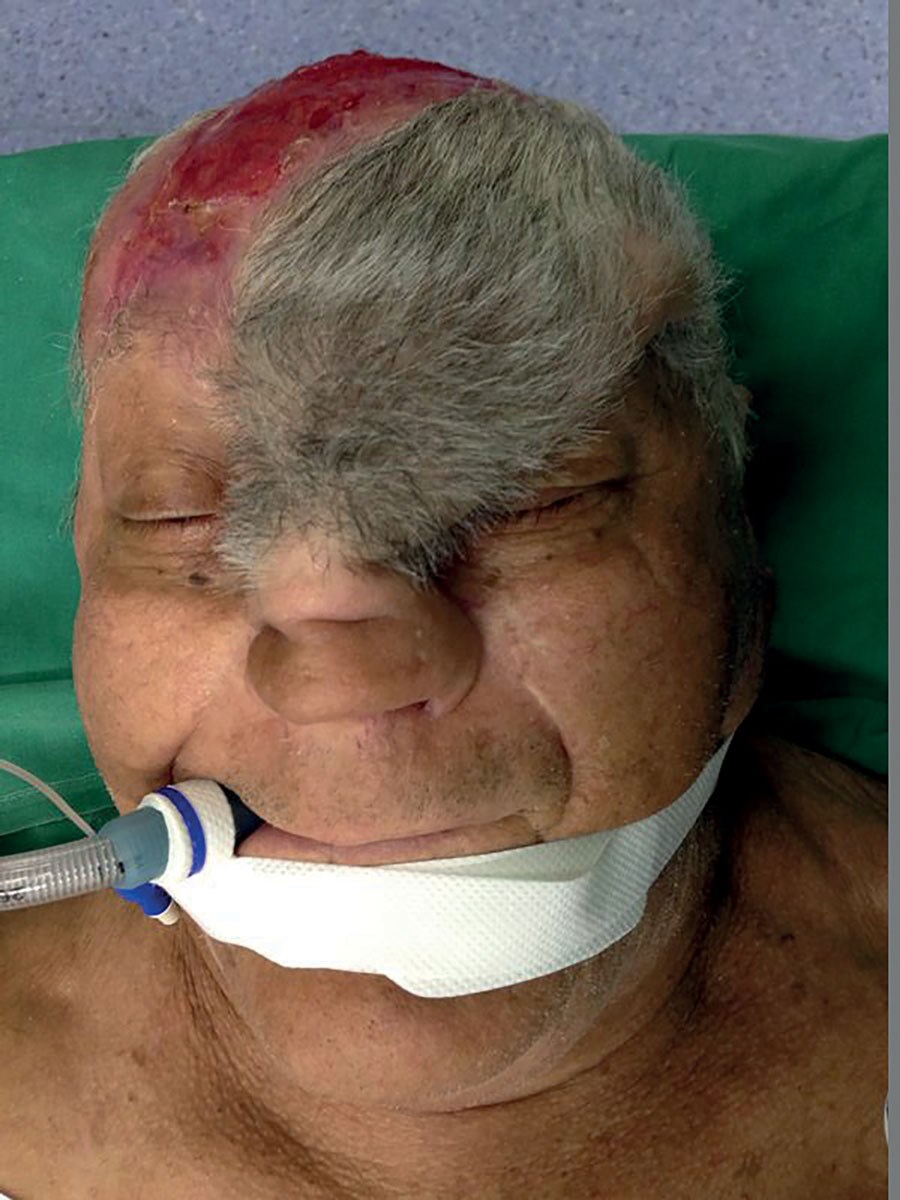 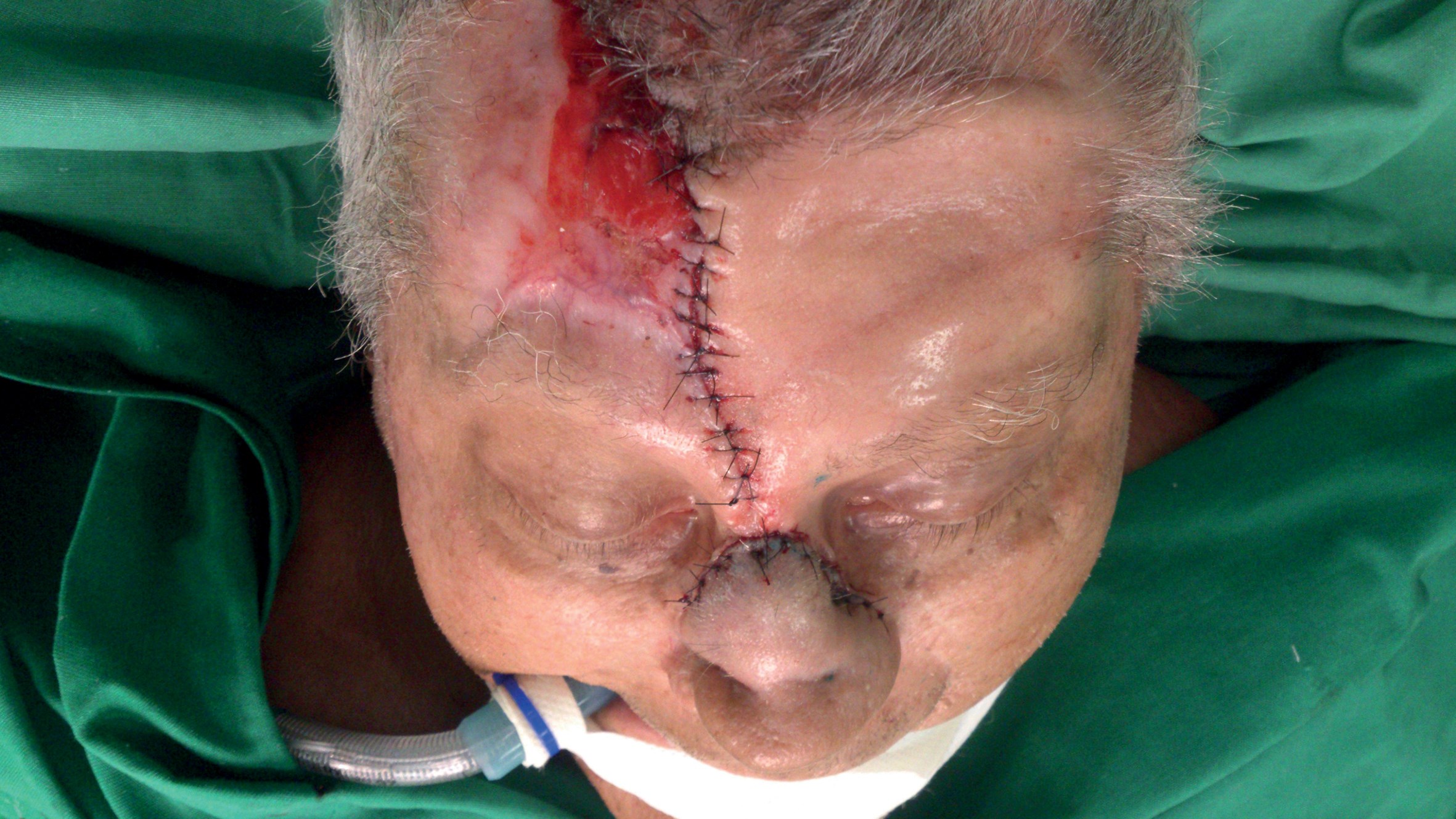 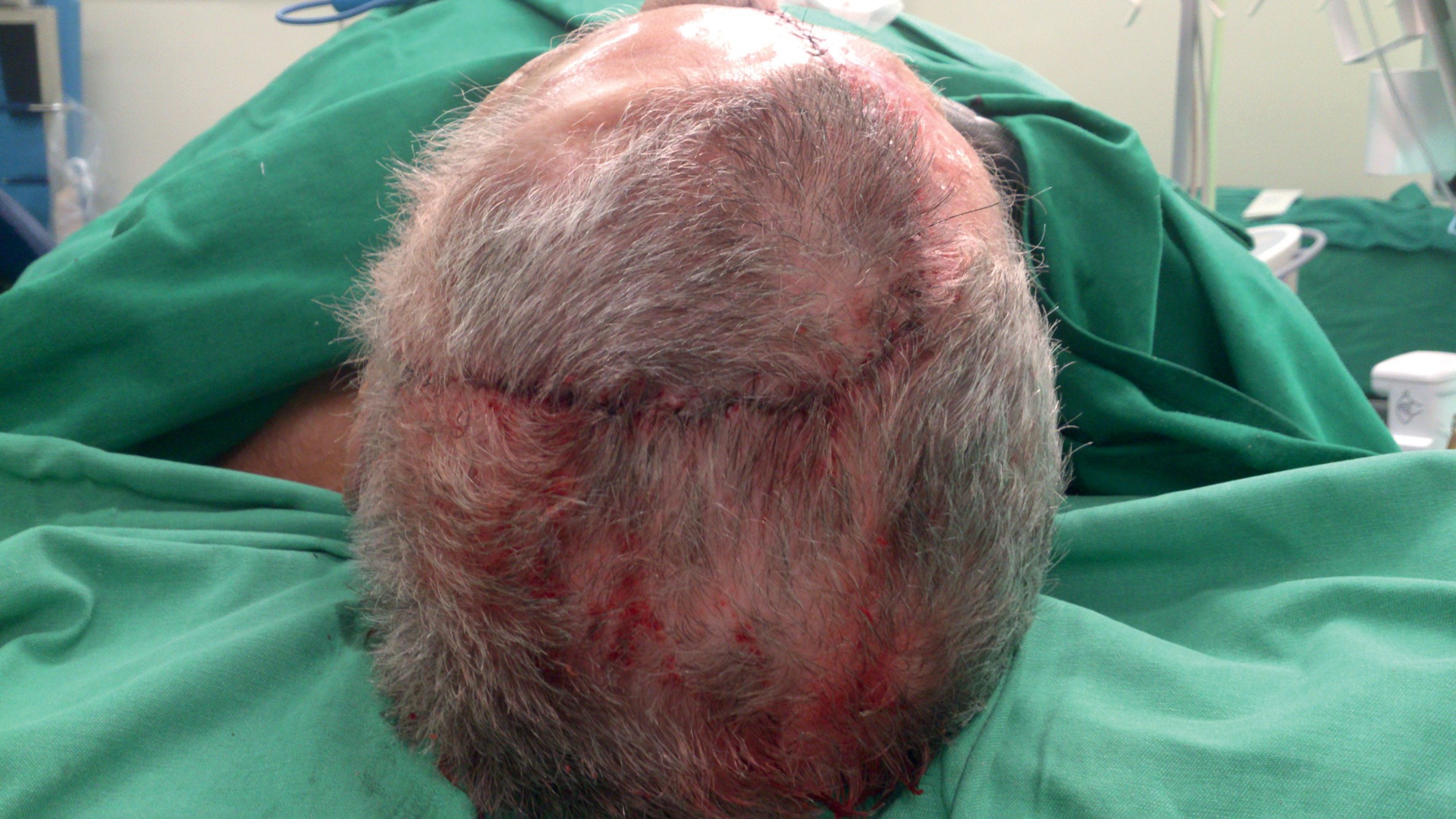 The Converse scalping flap was first described by Jean Marquise Converse in 1942. It is an axial pattern flap based primarily on the ipsilateral superficial temporal vessels. Secondary vascular supply of the flap includes supraorbital arteries, supratrochlear arteries and the frontal branch of the superficial temporal arteries opposite the defect. The subgaleal fascia is supplied from the periphery by deep branches from these vessels along with perforators, with branches crossing the fascia that are not significant for cranial bone viability [1].

The correct plane of dissection is superficial to the frontalis muscle up to the level of galea, and deepened to include the galea but not the pericranium. Motor innervation to the frontalis muscle is via the seventh cranial nerve (facial nerve) that underlies the belly of the muscle. Therefore one has to remain superficial to the frontalis muscle while raising the flap to preserve this innervation [2]. The area of the skin that will serve as nasal cover is raised superficial to the frontalis leaving only skin and a thin layer of subcutaneous tissue. At the hairline, dissection is deepened penetrating the galea to raise the remaining pedicle proceeding in the subgaleal plane. When raising the flap, incisions are extended from the lateral borders posteriorly and a coronal incision is made from the superior aspect of the superior pole of the auricle to the contralateral side. Dissection can then proceed caudally to the level of nasofrontal angle medially and supraorbital arches laterally. The flap is then mobilised until the distal tip reaches the upper lip with no tension [2]. In balding patients with a high forehead, the high placement of the skin paddle may make it difficult for the flap to adequately reach the nose. To counteract this problem, a vertical backcut can be made extending downward to the eyebrow medially that extends the reach of the flap. This can then be closed at the same time when the pedicle is returned to the forehead [3].

The advantages of the Converse flap include: (a) a robust and reliable vascular supply and venous drainage which is superior to the midline forehead flap; (b) design of the flap avoids centrally placed incisions which result in a prominent midline scar and the vascular pedicle incisions are well hidden inside the scalp; (c) forehead skin has properties similar to nasal skin in the nasal region in terms of colour, texture and thickness; (d) large surface area of flap is available to cover nasal defects. For the majority of cases, skin for the permanent nasal defect can be taken from the upper and lateral portion of the forehead therefore minimising the scar.

The Converse scalping flap has been used to reconstruct cheeks, eyebrows and orbital roofs [4]. The flap has also been employed successfully in closure of large upper cranial and cranial base defects [5]. Other novel uses of the flap include reconstruction of tonsils, nasopharynx and the floor of the mouth [6].

In conclusion, when one postulates difficulty in closing the donor defect primarily due to a large skin paddle that has to be designed for a nasal defect, the Converse scalping flap offers a safer and less disfiguring method of delivery of the frontotemporal skin compared to the midline forehead flap. Hence, the Converse scalping flap remains an attractive option in nasal reconstruction and should be in the armaterium of every plastic and reconstructive surgeon. 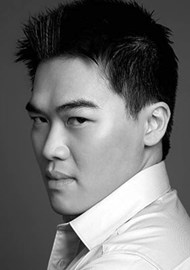 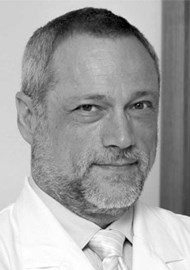