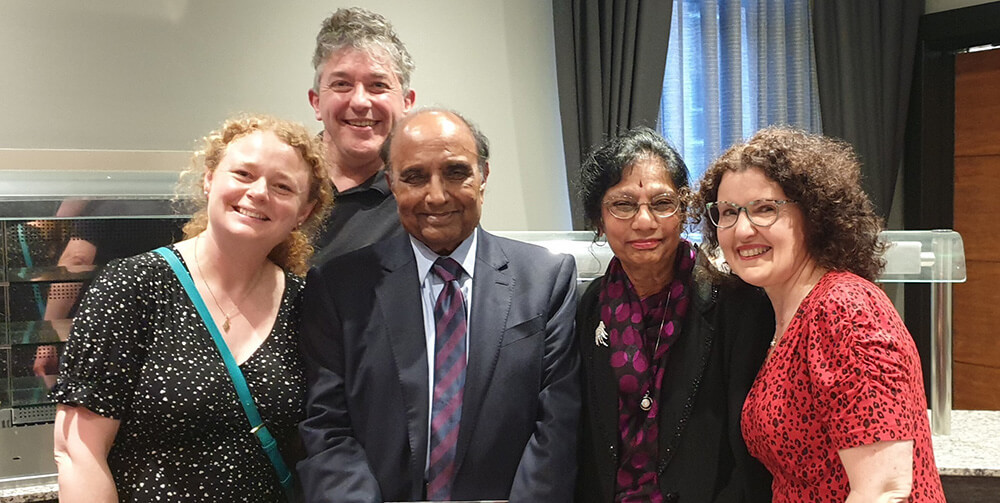 Vasant Oswal was brought up in an era when public transport in India relied on horse-drawn carriages. From humble beginnings in Pune in the western state of Maharashtra, he became a pioneer in laser surgery on the mouth and the larynx. He would also receive a Fellowship by Election at the Royal College of Surgeons of England, not to mention serving as Editor in Chief of ENT and Audiology News.

So it was with some excitement that colleagues greeted Vasant at the launch of his autobiography, Globe Trotting and 62 Years of ENT, at a welcome reception in Edinburgh. Marking the start of the 2022 Annual Conference of the British Medical Laser Association (BMLA), Vasant reflected on the obstacles, the breakthroughs and the moments of triumph in his long and accomplished career.

As he explained to Dr Vishal Madan, BMLA President, he gained his FRCS in Edinburgh in general surgery at a time before specialisation. When appointed, he was asked if he would do head and neck for the whole department and took on laryngeal, mandibular and tongue – anything to do with cancer.

"The general surgeons objected," he said. "They said, 'You're ENT. Stick to tonsils, noses and ears. This is our area.' They went to the General Medical Council, the Royal Colleges and Defence Societies, but they lost. That is a history that is important because from that time on, we became ENT and Head-and-Neck surgeons." 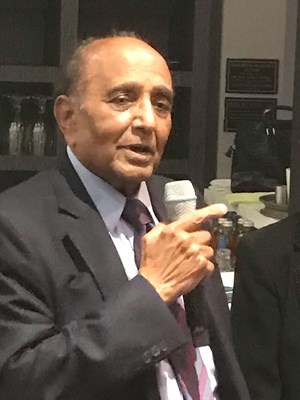 Vasant's autobiography stretches from the days of the Raj to his move to the UK, where he was appointed consultant ENT surgeon to the North Riding Infirmary, Middlesbrough, in 1970. It also covers the brave new world of laser treatment. In 1982, he raised the £40,000 funding for a surgical laser after seeing the first instrument of its kind, the "size of a washing machine," the previous year at a congress in Budapest.

"Getting the machine was the easy part," said the 87-year-old, who retired as a consultant in 1995. "What do you do with it? There were no books. There were no courses. Nothing. I had to teach myself."

He experimented by firing the laser at a steak from the butchers, videoing the results. "I cut through the laser burn and could see how deep the thermal damage spread within the tissue, causing collateral damage," he said. "That's very important because if I remove a tumour, I don't want to burn the vocal fold as well. In a video recording, there are 25 frames per second. I went home and studied frame by frame and saw the effect of the gradual spread of the damage. Then I said, 'How do I train people to see it's the collateral damage that is important and not what you remove?' Strikes on the steak did not show the deep spread since it is a solid tissue. I used another biological but transparent model: egg white. Being clear, it showed the coagulation of the egg white deep to the charred ulcer crater. The extent of coagulated zone was directly related to the power setting, exposure time and fluence. This is how I developed the parameters for what time and power settings you want."

Globe Trotting and 62 Years of ENT by Vasant Oswal is published by Kugler Publications and is available to order for free here: