The two-volume second edition of this great work is simply an essential component of all good plastic surgery libraries, both as an inspiring read and a valuable reference. The second edition mirrors the first in its basic structure and layout, but has set greater emphasis on the use of pedicled as opposed to free perforator flaps for local tissue reconstruction.

Each volume consists of two parts and there is an accompanying set of four DVDs (23 videos) which are generally of good quality and nicely illustrate the technique for elevation of a series of work-horse flaps in different regions of the body. There are also videos on microdissection technique and supermicrosugical lymphaticovenular anastomosis. The DVD also contains core and current references from both editions.

Despite having almost 90 contributors – the list reads like a who’s who in plastic surgery – the editors have done a great job of ironing out inconsistencies and evenly formatting the chapters to allow the reader to access the information more readily and enjoyably. In addition, the publishers have produced an extremely high quality book with pertinent, clear and well-illustrated diagrams and images. The chapters are well referenced and critical references have a brief synopsis included.

Part 1 (Fundamentals) deals with the history, anatomy, physiology, and classification of perforator flaps as well as describing the planning and execution of the surgery and how to minimise complications.

Part 2 (Regional Flaps), spans both volumes and describes in great but not overbearing detail, the anatomy, surgical technique, modifications, advantages and pitfalls of many perforator flaps by region. Clinical examples are given which usefully illustrate the versatility of these flaps and hopefully open our minds to alternative reconstructive options where the natural tendency of many would be to go for more standard reconstructive options. On the other hand, some of the flaps described will no doubt offer the reader a relatively easy solution to some traditionally complex clinical problems.

Part 3 (Clinical Application) concentrates on the assessment, decision-making process and planning of reconstruction for each region of the body. Finally, Part 4 (Controversies and Future Directions), focuses not only on these aspects but includes chapters on other themes that don’t easily fit elsewhere in the text, such as the use of so called ‘free-style’ flaps, of CT and MR angiography and the development of supermicrosurgery and superthin flaps.

At present there is only one review of this book on amazon, which nevertheless sums it up nicely: “What a masterpiece.” 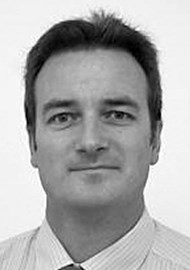 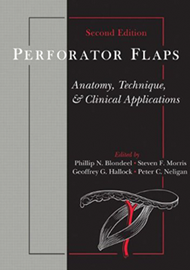