Vishal Madan is the President of the British Medical Laser Association. He spoke to Christopher Henson at the BMLA’s annual conference in Edinburgh about the event’s take home message, dermatological aestheticism and the potential for a multidisciplinary approach. 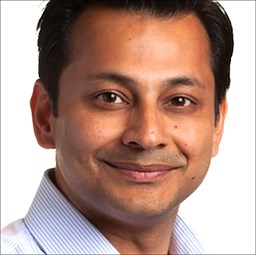 What was the take home message of this year’s BMLA conference?

As we all know, we are here catering not only to clinicians but also aligned healthcare professions, including laser therapists, beauticians, laser physicists, laser protection advisors, photodynamic therapy teams, as well as industry. So there is not one take home message from the conference. From a clinical point of view, we have devoted sessions to burns scarring. There were also devoted sessions useful for nurses and therapists.

There is a new health act coming along, which is going to regulate the new and existing laser clinics, which was discussed. And then we had a couple of very important items at the conference, one of which was the release of the book by Mr Oswal, on his extensive experience in ENT and his personal journey, It was, in my view, it was one of the highlights.

In its early days, dermatology was only a medical topic, and aesthetic medicine was completely different. How do you marry aestheticism with dermatology?

In the early 2000s, when aesthetic dermatology and aesthetic medicine came into the picture, dermatologists across the globe, and especially in the UK, wanted to keep the two specialties separated. They wanted dermatology training to be purely based on medical dermatology. I have been opposing that view ever since, as I believe if you are in the privileged position of diagnosing a skin condition, if you understand the skin, then you are in a prime position to also enhance it. Not only for the benefit of those who may have an illness or a disease, but also to improve their quality of life. I think this is where they marry beautifully. I always say to people coming into aesthetic dermatology, your first priority is to be a good dermatologist, and your second is to be a good aesthetic dermatologist. You can not be the latter without being the former.

Mr Oswal told me that in his day, when plastic surgery went into aesthetic medicine purely for cosmesis, some argued that teeth are the most important part of the face. Is there a place for the treatment of teeth, smiles, and so on, within dermatology?

It’s a good point to raise. I think the boundaries between the different specialties have been blurred over time. Plastic surgeons have branched into oculoplastic surgery, and then you have ENT surgeons who are only doing rhinoplasty, and then facial plastic surgeons concentrating on facelifts. These boundaries are blurred. For a smile, some people have gummy smiles, so we use injections to improve those. But we don’t do anything inside the mouth - we leave dentistry to the experts.

Is there a potential in the future for us to approach the face as a whole?

That there will be a multidisciplinary team concept? The concept already exists. There is so much interdisciplinary work done between the teams. I work very closely with my oculoplastic team for eyelid surgery and so on. There already is a crossover, and teeth is not something we currently take too seriously, so it may be worth a look in the future.

So you may become the UK’s pioneer for multidisciplinary teams treating facial aesthetics as a whole?

That’s a great concept, but I’d have to have a team of like-minded people with me. Food for thought, absolutely.

Many thanks for your time!