When does a non-surgical procedure fall within the scope of CQC registration? An update on cogged PDO thread lifts
By Bea Brookes

In December 2018 the CQC ruled that any healthcare professional performing thread lifting now has to meet its full requirements for surgical procedures. Dr Bea Brookes takes a look at the decision.

Non-surgical thread lift with dissolving threads has been available in the UK for about six years, firstly with Silhouette Soft, then the Polydioxanone (PDO) cogged thread variety. Like many non-surgical medical doctors in England, I made the call to the Care Quality Commission (CQC) and talked through their algorithm. Looking at the guidelines in the Scope of Registration 2015 it is feasible to make the argument either way for requiring or not requiring registration.

The issue is that, while there is some guidance on registration for cosmetic procedures, it cannot be easy for the CQC to keep up with new treatments, as the line between non-surgical and surgical blends over time. The CQC specifically excludes dermal filler placed subcutaneously (often with a cannula) but includes the removal of fat via a cannula.

The PDO cogged thread lift does lie in a grey area. If you interpret ‘non-surgical’ to mean the absence of a surgical incision and limited to superficial tissue, then the cogged lift would remain in the non-surgical category and fall outside of the regulation of the CQC.

If you interpret the use of a cannula (blunt or semi blunt) as a surgical instrument then it should fall into CQC registration, however, as use of cannulae to deposit dermal filler is fairly standard, this is not the reason. The CQC has not offered a reason for changing its policy. However, if you consider the action of the cogged thread itself – apposing tissue after the creation of a wound – then that could that constitute a surgical procedure. Another function is the repositioning of ptotic tissue, so the cogged PDO thread itself has, in essence, the effect of a surgical instrument.

In my view, while the PDO thread lift should be carried out as a minor surgical procedure with full asepsis and drapes, I do also offer it to patients where I deem dermal filling to be too hazardous, for example, where there is significant visual impairment in one eye. A good cogging lift does reposition lax superficial tissue, but I feel it is far less risky than deep dermal filling. The threads dissolve having done their work in helping lift tissue and heal into their new position.

“It cannot be easy for the CQC to keep up with new treatments, as the line between non-surgical and surgical blends over time.”

After a prospective patient contacted the clinic repeatedly asking why my clinic was not CQC registered, I asked the CQC for a decision in writing. This was something they were actually reluctant to commit to, requiring several calls and emails. Bearing in mind that the penalty is a year in prison and an unlimited fine, it seemed reasonable to require the verdict in writing.

Six weeks later the CQC delivered its verdict that it now deemed the procedure to be surgical. Pressing for clarification as to why the stance changed, nothing was forthcoming. In fact, for nine months no further clarification was issued in spite of several approaches from different quarters. In the meantime we still continued to see teaching courses advertising PDO thread lifting as ‘non-surgical’ and it was clear no further dissemination of these changes had taken place.

We believe the CQC sought legal advice at this point and then issued a formal statement in December 2018:

“Where the procedure of thread lift (i.e. involving the insertion of threads) is carried out by a healthcare professional, it falls within the Care Quality Commission (CQC) scope of registration, requiring the provider to register with the CQC for the regulated activity of surgical procedures.”

Why the CQC has changed its view has not been made clear and there is still confusion regarding the level of clinical standards required to deliver this treatment. Will a very clinical procedure room where dermal fillers are carried out aseptically suffice, or will a full minor surgical facility be required? These questions remain unanswered and as my clinic becomes the test case, as they say, watch this space. 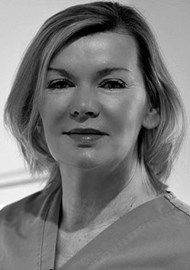