Modern cleft lip and palate repairs produce excellent functional and aesthetic results at an early age. Tony Holmes, a Craniofacial Surgeon with over 40 years’ experience, shares his wisdom on the best timing and techniques for addressing the associated complex congenital and developmental nasal deformity.

Reconstruction of the cleft lip nose deformity has always been a most difficult challenge and cannot really be completed until growth has finished. However, the initial simultaneous repair of the cleft lip and nasal deformity performed as an infant is probably the most important operation a child with a cleft will require.

In the unilateral cleft deformity, the incomplete orbicularis oris muscle on the cleft side pulls the lip and alar base laterally in utero, distorting the developing lip and the developing nasal cartilages on the cleft side. The nasalis muscle on the cleft side remains attached to the maxillary process, further distorting the nasal growth, in particular the lateral crus of the lower lateral cartilage (LLC). The facial and nasal distortion is made worse on the non-cleft side where the orbicularis pulls the premaxilla and the septum laterally.

In the bilateral cleft deformity, there is no mesenchyme migration into the prolabium and therefore no muscle within its structure. The unrestrained premaxilla becomes abnormally protruded. The hypoplastic prolabium sits loosely at the tip of the nose. Both alar cartilages are pulled laterally by the orbicularis oris and the medial crura are ‘unzipped’. The columella itself fails to properly form.

The cleft nasal growth is further modified not only by the muscular imbalance but also by the alteration in the functional matrix. Hypoplastic or functionless muscle activity does not promote normal surrounding bone development. In addition, foetal respiration begins at 10 to 12 weeks and involves the respiratory movement of amniotic fluid. The restricted nasal valves and mechanical airways create an imbalance and difference in pressures within the developing nose, further destabilising proper nasal development. With improvements in infant anaesthesia allowing more exact surgical techniques over the last century, there have been considerable breakthroughs. Most of these involved accurate, improved lip structure and lip muscle repairs, however nasal repairs lagged behind somewhat.

Any attempts to surgically modify the nasal cartilages or septum in the growing child usually led to growth restriction and worse deformity and function. Early septal cartilage surgery between infancy and puberty was shown to have a definite deleterious effect on subsequent growth, often leading to a deviated, saddle-nose deformity. Similarly, cutting or damaging growing nasal cartilages leads to restrictions and distortions of growth.

Until relatively recently, children with cleft-lip deformity tended to require multiple nasal surgeries during their primary growth years. School-age children with clefts were very obvious to their peers who often commented on their appearance and speech. This led to added psychological stress. The nasal deformity is often visually worse and more obvious than the lip scars. Surgeons wanted to help, but these childhood operative procedures were not only psychologically traumatic, but also often led to more restrictive growth, distortion and function. In turn, this intranasal scarring and deficiency made the later, final repair of the adult cleft nose so much more difficult.

One of the major breakthroughs in cleft nasal surgery came from a Perth plastic surgeon in the 1960s. Harold McComb studied the detailed anatomy of stillborn children with clefts. He developed a surgical technique to mobilise the distorted alar cartilages without any cutting or damage to the cartilaginous structures themselves. He showed that it was possible to reposition the cartilages during the infant lip repair. He then followed all his cases long-term to demonstrate that the cartilages would continue to grow normally. He published this in a landmark article in 1975 [1] and, later, a 10-year follow-up [2].

A few other surgeons also took a functional approach to cleft repair; Jean-Claude Talmant in France encouraged formal reconnection of the cleft orbicularis oris repair to the base of the anterior septum, so that the muscle pull would then encourage the septum to straighten back into the midline with subsequent muscular movement and growth [3]. I have found this most useful. Figure 1 shows a young patient of mine who demonstrates the original repair using McComb’s principles and his growth through to age 13 with no further surgery. 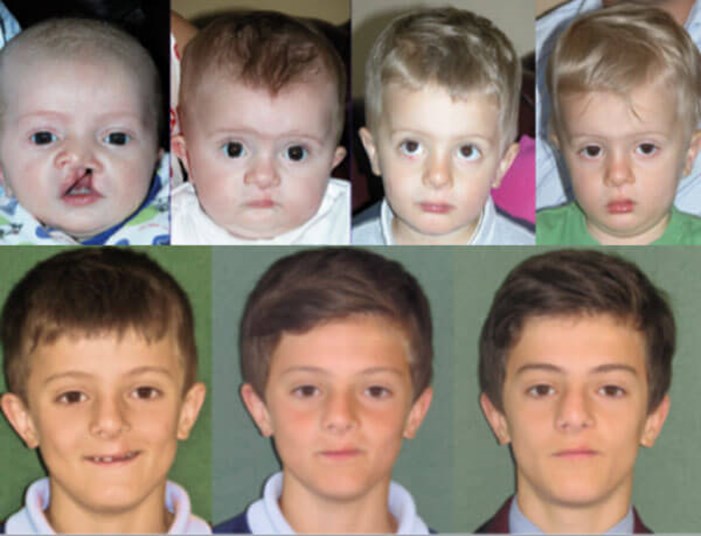 Figure 1: A young patient who demonstrates the original repair using McComb’s principles and his growth through to age 13 with no further surgery.

John Mulliken, a Cleft Surgeon at Harvard in Boston, looked at the long-term growth and results of the bilateral cleft lip and palate repair [4]. He clearly showed the importance of accurately restoring orbicularis oris continuity, whilst at the same time rebuilding a functional prolabium of the right size that would lead to an optimal adult outcome. He was able to simultaneously reposition the nasal tip cartilages utilising a similar technique that McComb had demonstrated for the unilateral deformity. Mulliken used small, hidden rim incisions on either side of the nose to enhance access to the tip cartilages. These incisions would not destroy the blood supply to the prolabium via the columella and the septal mucosa. In the bilateral cleft columella, the medial crura are pulled apart (or ‘unzipped’) by the orbicularis pull during foetal development, effectively becoming part of the nostril rims. The nose becomes wide and flat. The principle of nasal correction is to restore the columella and the nasal tip by repositioning the LLCs, joining the medial crura and approximating the domes (see Figures 2 and 3).

Figure 2: The Mulliken-type bilateral correction simultaneously repairing the clefts with orbicularis continuity, creating a new philtrum of appropriate size, and building the columella and tip.

Figure 3: The same child at postoperative day six, just prior to suture removal; then at age two, four and eight years.

Now, with far better primary surgery, most young children can have a functioning nose of relatively normal appearance during the important pre-teenage years. The cleft lip and nose deformities are not obvious to their peers. However, once children with clefts reach puberty, the adult nose develops. The tissues at the margins of the original cleft tend not to have as much growth potential. Minor deviations of the septum become more obvious. Added to all this, the children will inherit family nasal characteristics which, in some cases, might not be particularly helpful.

A child born with a cleft deformity nowadays will have their lip and nose repaired accurately in the first few months of life. If the palate is cleft, a functional repair of the palatal muscles is commonly performed between eight and 12 months of age. This is now usually performed under the microscope, a technique developed by an Australian surgeon who migrated to London, Brian Sommerlad [5]. Sommerlad’s complete and accurate microscopic dissection and repair of the palatal muscles has improved palatal function enormously and lowered the incidence of later velopharyngeal incompetence which causes audible nasal escape and distortion during speech. In addition, if performed early enough, the repair improves Eustachian tube function as the muscles also attach to the Eustachian tube openings which function better during swallowing. This has lessened the need for grommets, which were almost universally required in children with cleft palates until fairly recently.

The other advance has been early bone grafting of the cleft alveolus to allow the proper eruption of secondary dentition in the cleft region, in particular the canine tooth.

After pubertal growth, depending on the severity of the cleft, final orthognathic surgery is often required to achieve jaw alignment and correct facial proportions. Once this is done, the maxilla (which is the foundation of the nose) is in a normal position and the adult cleft nose is ready for reconstruction.

Now, with advanced open rhinoplasty reconstructive techniques, the cleft nose can be fully corrected. The septum can be re-centred and reinforced. The principles of this structural correction are the same as for any reconstructive rhinoplasty. One should create a strong, straight, stable, dorsal framework with good internal and external nasal valves, associated with an aesthetically normal nose. Missing parts should be replaced and strengthened to defeat scar contracture.

Firstly, straighten and reinforce the dorsal septum with septal or costal cartilage grafts. Connect the ULCs with extended spreader grafts to complete a strong laminated beam construct that prevents warping (see Figure 4). The angle of attachment of the ULCs can be fixed in such a way as to maintain the internal valves. Reinforce the caudal septum if required. Connect the LLCs securely to the septal beam.

The tip can then be reconstructed by repositioning the LLCs and reinforcing the lateral crura with cartilage strut grafts going down laterally to the nasal vestibular bony margins (see Figure 5). This restores nostril patency, size and symmetry. These grafts can be made as strong as are needed and can be used asymmetrically to even up the lateral crural and dome support. Thus, the cleft nasal deformity (as well as any additional inherited deformity) can be corrected.

Ideally, a child born nowadays with a cleft lip and palate deformity can expect to have a high quality primary lip and nose repair that will see them through primary school with minimal visible and psychological deformity. They will also have a reduced chance of speech problems and Eustachian tube dysfunction. If the maxilla is cleft, they will probably require a cancellous bone graft to the cleft area to allow eruption of the secondary dentition. This usually happens between nine and 12 years. After pubertal growth, some will require maxillary surgery to achieve balanced facial proportions and good dental occlusion. Finally, the patient can expect an adult reconstructive rhinoplasty and lip revision, ideally of a quality to eliminate the signs of the cleft deformity (see Figure 6).

Figure 6: A young girl with a unilateral cleft lip and palate prior to repair; then at age 13 after bone grafting of her cleft alveolus – no further lip or nose surgery has been performed since her original cleft repair. Nasal growth has been relatively normal except for some remaining septal deviation toward the cleft side; finally, the same girl at age 20 after maxillary repositioning, orthodontia and an open nasal correction.

The cleft nose is still one of the most challenging problems in nasal surgery, but great strides have been made and the future is promising. 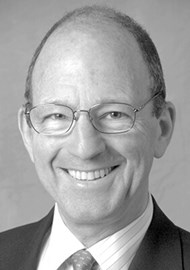