Both plastic and maxillo-facial surgery developed out of armed combat. Initially, general surgeons attached to the military might perform reconstructive attempts, but more realistically and pragmatically, destructive surgery was more suited to their situation. Amputation of limbs undoubtedly saved lives and was carried out extensively on the battlefield. Most gruesome were the pictures of mounds of amputated limbs seen in early photographs of the American Civil War.

There is no doubt that if decapitation were compatible with survival, this would have been carried out too in cases of gross maxillo-facial injuries. The First and then the Second World Wars saw the appearance of specialist surgeons who were able to reconstruct limbs and facial features. The wars gave them ample material upon which they could practise and develop their techniques. Modern beneficiaries are those patients who suffer road injuries or who require reconstruction after ablative surgery. 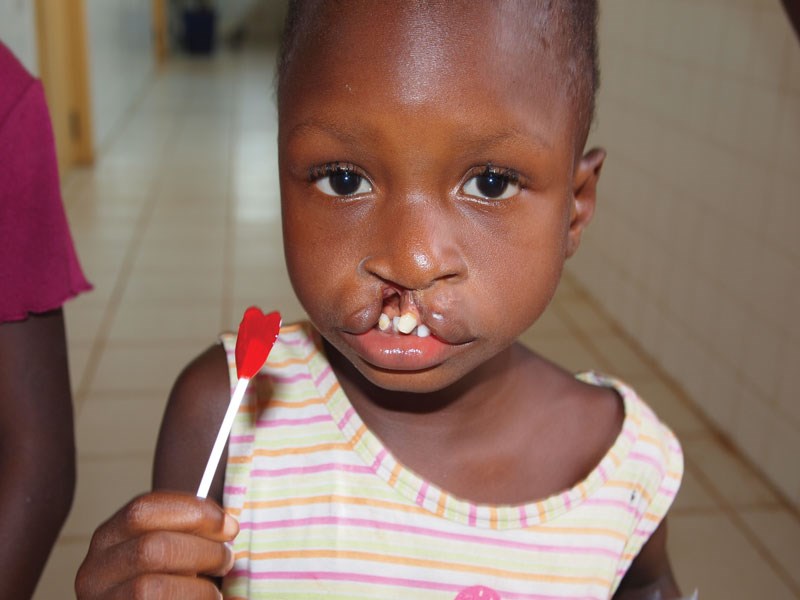 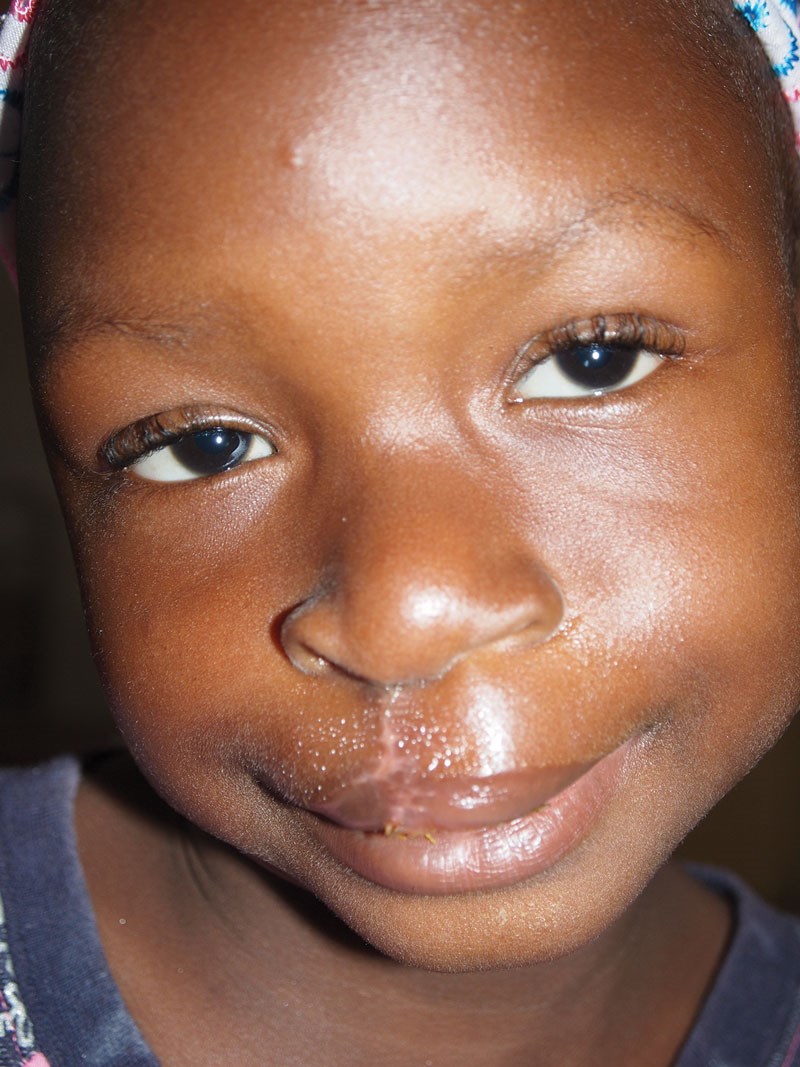 There is no such history in Africa, although the continent has experienced equally, if not more, brutal conflicts. The recent civil war that ended in Sierra Leone in 2002 was recognised for its savagery, rebels cutting off the arms of civilians as a punishment. Horrific accounts of similar sadistic behaviour in the Congo, Rwanda and Burundi show that the cult of savagery remains widespread. Yet while the wars in the rest of the world helped to develop reconstructive surgery, this has not been the case in Africa.

When Jack Mustardé, a retired, eminent Plastic Surgeon from Scotland, first visited Ghana, arguably one of the leading post colonial countries in 1992, he discovered that there were no plastic surgeons and no reconstructive surgery there. Nor was there a service for reconstructive surgery in the whole of West Africa. Jack had the ear of the then President of Ghana, Flight Lieutenant JJ Rawlings, and described the situation and the problems to him. The President turned to Jack and said, “Well, fix it!” Jack formed a charity, now known as ReSurge Africa, to finance the training of surgeons in the UK.

Thus an embryonic reconstructive surgery service for Ghana was born and today there are 10 trained reconstructive plastic surgeons in Ghana. They have a centre of 70 beds within Korle Bu Teaching Hospital in the capital Accra and another smaller unit in Kumasi, the capital of the Ashanti kingdom. Teaching their own junior staff and accepting juniors from other countries in West Africa, Ghana acts as a hub for the reconstructive surgeons of West Africa, training and developing skills to deal with the problems of their countries. 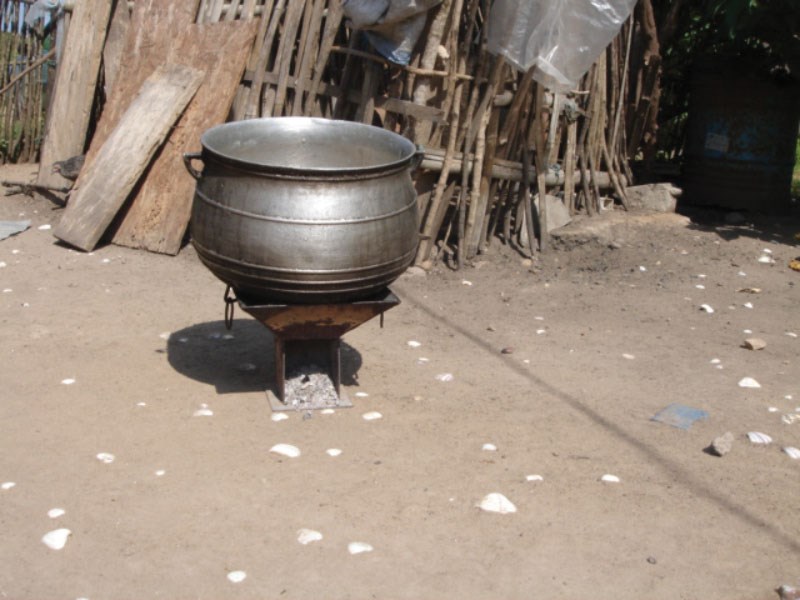 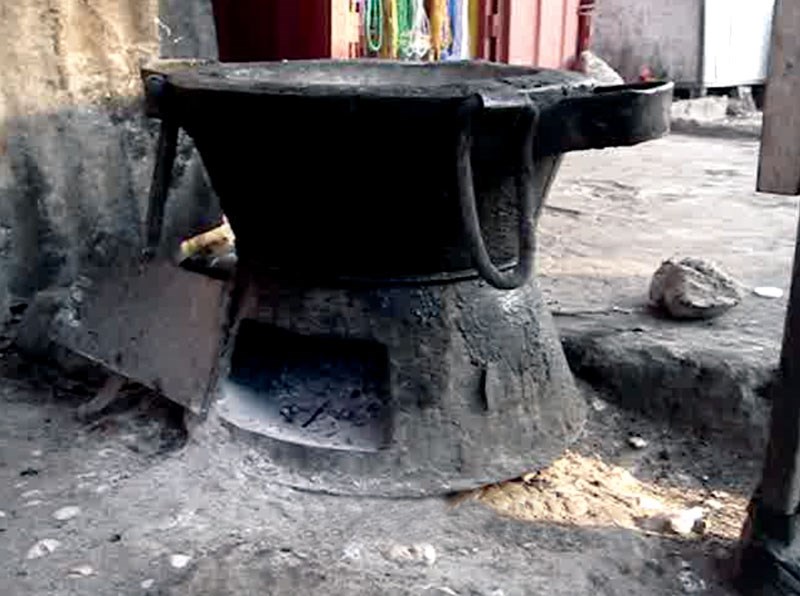 Traditional topics that involve plastic and maxillo-facial surgeons are congenital anomalies. Cleft lip and palate are common in West Africa and such children may be classed as ‘Spirit Children’ and allowed to die. This practice is supported by traditional beliefs, the knowledge that treatment is possible is not generally known, although attempts are being made to educate people about the condition and the possibility of surgery. These cases, with ‘before and after’ photographs, make very good publicity for teams of surgeons running ‘Parachute Missions’.

These teams fly in to rural areas bringing with them all the equipment and personnel required to operate upon children, will treat maybe 100 in a couple of weeks then fly out again, taking all the equipment with them. They help a lot of people, but leave no permanent fixtures behind. It would be easy to criticise such a large expenditure for no lasting benefit (apart from those treated), but it would also be unfair to discourage a genuine desire to help. By training local surgeons to carry out the surgery and financing appropriate facilities, ReSurge Africa circumvents this criticism.

Burn injuries are by far the most common cases admitted to the centre. This is largely due to the practice of cooking upon open fires, either inside the living quarters or outside of the home. With children running around the fire, they will either knock it over or fall into it, with foreseeable consequences. The design of the cooker is largely at fault. Burning charcoal, which the cook has to buy, the cookers are designed to use as little charcoal as possible, resulting in an inherent instability.

Other cookers are more stable and safer, but burn more charcoal and are less popular. Most big burns do not survive in Africa. There are inadequate facilities to treat them there in any case, which is a huge problem. With the discovery of oil and gas offshore, West African countries are experiencing an increase in burns from these substances and a proper intensive burns unit is badly needed. A suitable place for this would be within the Reconstructive Plastic Surgery and Burns Centre in Korle Bu Teaching Hospital in Accra.

It is hoped that finance for this much needed facility will be found through the Ghanaian Ministry of Health and would result in resounding publicity for any oil company that contributed to this cause. Up until now ReSurge Africa has been entirely reliant upon donations from the general public and charitable trusts to finance its operations, but more money – especially in these difficult worldwide economic times – is needed.

With Ghana training its own plastic surgeons, ReSurge Africa was able to turn its attention elsewhere. Many countries in West Africa have little or no access to basic health care. Mali and Sierra Leone compete for the lowest place on the United Nations list of economic development – Mali is French speaking, while Sierra Leone is English speaking, so when asked we chose to try to help Sierra Leone. 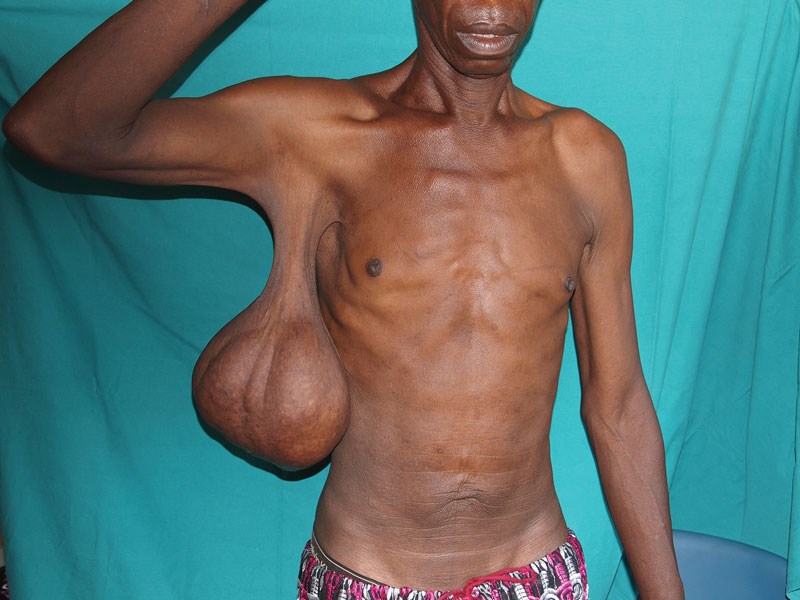 Recovering from a horrific civil war which ended in 2002, the provision of health care in Sierra Leone is lamentably poor. For reasons that are unclear, the rebels during the war targeted hospitals, so the health professionals were either murdered or hurriedly left the country; in either case, they have not returned. There are 10 qualified surgeons in the whole country (population six and a half million) and only one anaesthesiologist. Nurses are scarce and not all fully trained.

There is no adequate provision for Accident and Emergency care and there is no government money available for improvement. Amongst many non-governmental organisations (NGOs), the Catholic Church has provided health care where there was none and particularly in the town of Makeni, situated more or less in the centre of Sierra Leone, Bishop Biguzzi built a small hospital, the Holy Spirit Hospital. With 70 beds and two operating theatres, this hospital provides a surprising and very welcome alternative to the underfunded and understaffed government hospitals. In 2007 an Italian charity (Carlos Don Gnocchi) built another 12 bedded unit as an extra wing to the hospital and equipped the second operating theatre for performing reconstructive microsurgery.

The Italians imaginatively sought to help the many upper limb amputees by fitting them with myo-electronic artificial limbs. They were ahead of their time, or rather ahead of Africa, and this particular venture was unsuccessful. However the provision of the extra beds and the well equipped operating theatre has been put to good use, with teams from ReSurge Africa, the British Society for Surgery of the Hand and the Italian Rainbow for Africa being joined by Women for World Health from the USA, together with other benefactors. These surgeons use the facilities to perform reconstructive surgery of a less esoteric, but very beneficial kind, on the many disabled and mutilated patients that request treatment which would otherwise be unavailable for them. 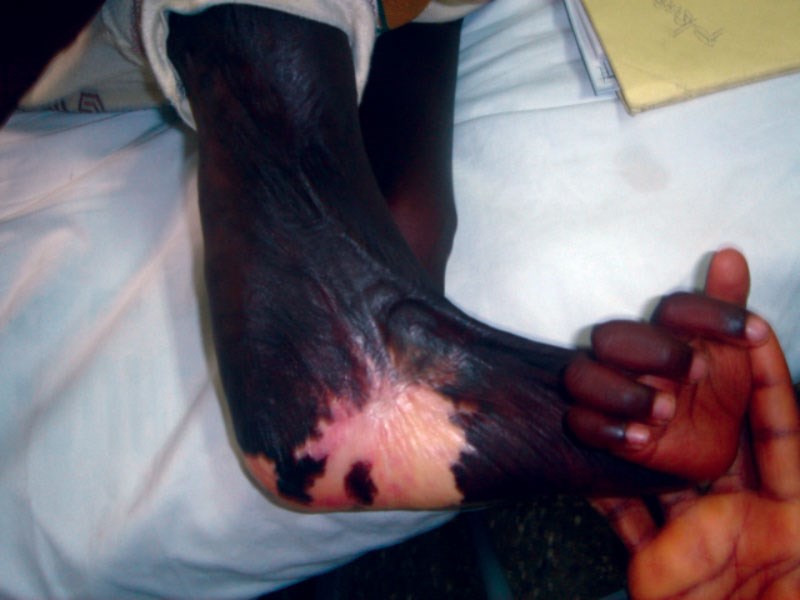 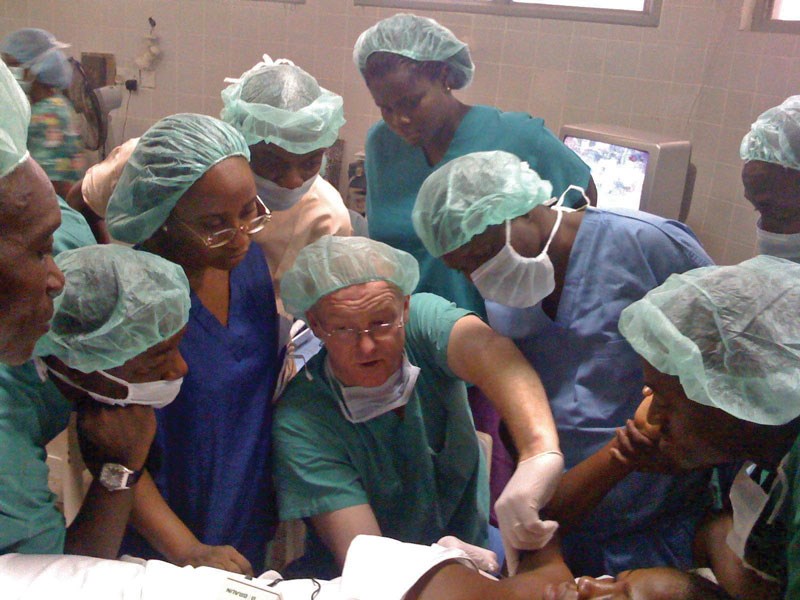 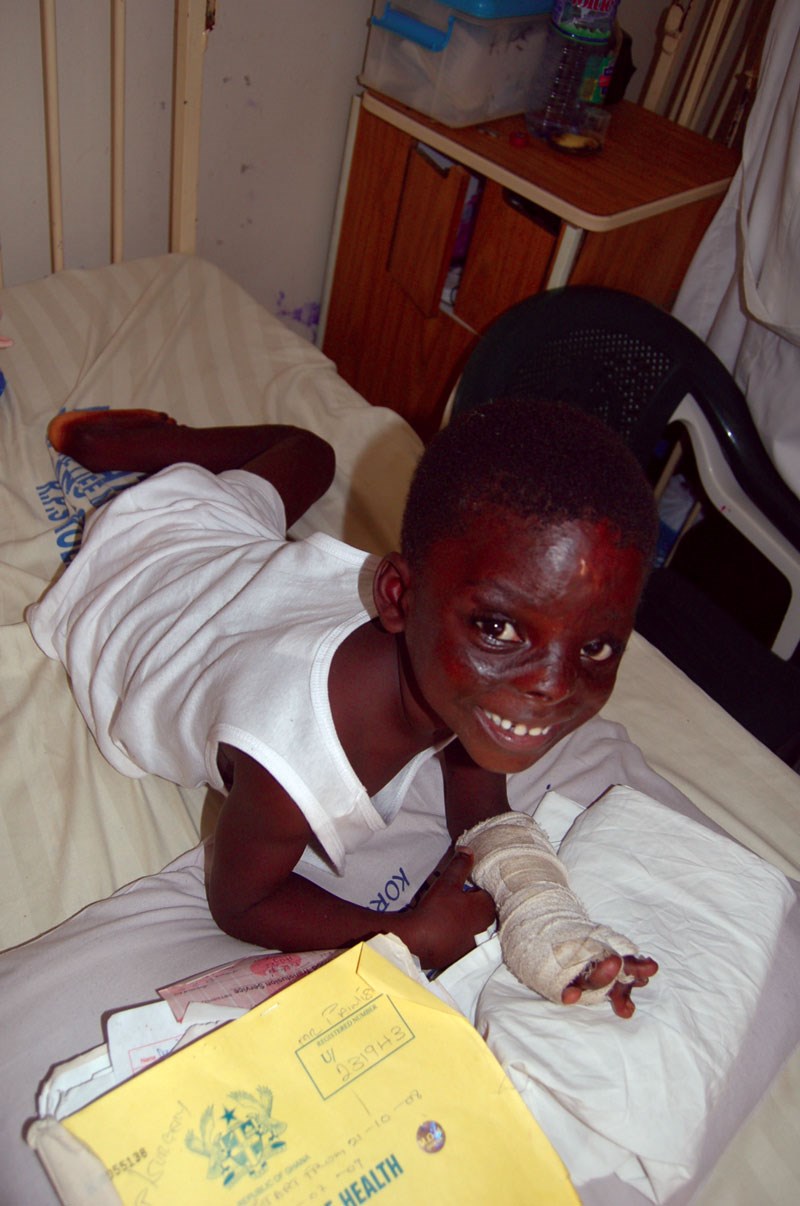 There is one particular process that should be strongly discouraged, that is, the transfer of African patients from their own country to another more advanced country, such as the UK or the USA, for treatment. This practice consumes a great deal of money which is lavished on one individual, rather than helping many other patients who are treatable in their native land. It is a difficult and `sometimes unpopular philosophy, when it is recognised that treatment that would help a patient is available in the West, to deny that patient the treatment while working to improve the situation in their own country.

But it can be argued that by doing this and concentrating upon the improvement of facilities and training in Africa, eventually the requirement for outside help from foreigners will become unnecessary. There are those that argue that foreign aid is unhelpful for Africa in any case and this is a good example, since if all complicated cases were transported abroad then any incentive to improve the local facilities would be removed and the very unsatisfactory status quo retained.

...if all complicated cases were transported abroad then any incentive to improve the local facilities would be removed and the very unsatisfactory status quo retained.

Once again ReSurge Africa concentrates on the training of local staff rather than just operating upon the patients. In this way, we hope to be able to repeat our success in Ghana and make Sierra Leone independent of outside help. The Reconstructive Plastic Surgery and Burns Centre at Korle Bu Teaching Hospital in Accra, Ghana, is at this moment training two surgeons from Sierra Leone in the techniques of reconstructive surgery, since there are no permanent teachers in Sierra Leone. Gradually, it is hoped that with the establishment of skills locally, the country will be able to establish itself as an independent source of treatment for its population.

The establishment of Africa to African training is an exciting development for the future and by encouraging such co-operation, lays the prospect of co-operation in other disciplines with the possible goal of less conflict in the continent. This all costs money and in order to cover the costs, ReSurge Africa spends approximately £500,000 (about $750,000) annually. A modern intensive treatment facility for large burn injuries will cost in the region of $4,000,000.

ReSurge Africa depends upon the good nature of skilled and experienced medical personnel. Teachers and trainers are needed to travel to Sierra Leone and spend some time there demonstrating and establishing the standards of treatment that must be reached in order to ensure success. This can be done by didactic lectures, which are very welcome. Even more effective, however, is one to one teaching. In this scenario, an experienced surgeon or nurse will assist a trainee with a procedure, such as treating a burn contracture or changing a dressing on a wound.

It must be the trainee who does the work, with the teacher helping and encouraging them. It is tempting to ‘take over’ and say “This is the way to do it” since assisting a fumbling junior can be tedious and frustrating, but if the goal is to teach someone, then they must be allowed to make mistakes, then be shown what they have done and encouraged to correct their mistake. By training in this fashion the trainee will never forget the lesson learned.

If you would like to help, please visit the website http://resurgeafrica.com and volunteer or, equally important, contribute financially – without the cash we cannot continue! 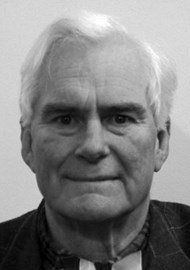