Growing up with books shaped me into a hopeless romantic believing in heroes, magic and achieving the impossible. Throughout the years as I sat patiently waiting on my letter from Hogwarts I instead received my acceptance letter to medical school. At that point I thought to myself, “if I cannot be a witch I can be a surgeon!”

I lived and studied medicine in the Middle East where the system is a bit different; we have three preclinical years followed by three clinical years. The preclinical years are about attending lots of lectures to acquire enough theoretical and experimental knowledge to fill not only one brain but two. Throughout, whenever I was asked what I wanted to be, I answered without hesitation: a surgeon!

Finally, the day came when I put on my scrubs and entered the long awaited operating theatre. I was mesmerised at first but after a while I started to lose interest; I was not given the chance to scrub in, frequently there were so many staff members that I could only see blue all around me and nothing of the procedure and, worst of all, whenever I tried to show an interest I was ‘kindly’ advised that surgery is not for girls. The sentences “you won’t have time for a husband and kids”, “try gynaecology or dermatology, these are easier for a girl” were things I heard very often.

So, I tried other specialties, and they were not all bad. But no matter what, it stayed rooted in my head that being a doctor was about being a surgeon. During my clinical years at medical school I had good and bad days, met great and not so great doctors. Eventually, I fell out of love with the whole thing and only attended because I was obliged to most of the time. My “a surgeon” answer became more of an “I don’t know”.

My senior-year elective finally approached, and I was accepted to the Department of Plastics, Reconstructive and Burn Surgery at Pinderfields’ General Hospital in Mid Yorkshire, England. I was wary at first as I did not know what to expect. On the first day, the consultant sat me down and asked me one simple question: “What do you want to do and achieve in the next two months?” I was shocked; I was accustomed to being told what to do, but here he was giving me control over my own elective.

I can honestly say that no two days were alike, I attended lectures, clinics, clinical and non-clinical meetings, ward rounds and more surgeries than I can count, quite a few will leave impressions in my memory for ever. My supervising consultant, along with the rest of the team, organised an efficient timetable allowing me to achieve the maximum benefit in that period. Most importantly, I was allowed to pick and choose which clinical sessions to attend depending on the weekly rota.

“No one cared where you came from, what gender you were or what religion you followed. All that mattered was the effort and dedication you put into your work and you were more than appreciated for it.”

The first surgical list I attended was one with a view; the windows overlooked a beautiful building and tower clock and you could see the city far ahead, I thought this is where the magic happens. I stood there noticing every little detail, everything was different; the equipment, the theatre staff, the timing and the atmosphere itself. I realised that the team members might have different tasks and responsibilities but they share one goal: looking after that patient on the operating table. Respect, responsibility and communication were everywhere.

I noticed that half the team were females, and no one cared where you came from, what gender you were or what religion you followed. All that mattered was the effort and dedication you put into your work and you were more than appreciated for it. Everyone from the students to the consultants gave me some of their time; the experience enhanced my interpersonal and communication skills and taught me how the patients’ desires and concerns must come first. I attained a lot of transferable skills that will be of use to me no matter what I do in my life but, most importantly, I finally had the chance to practise surgery. I scrubbed in and helped in breast, hand, burns and many other surgeries.

I remember one particular surgery; the consultant asked me to grab hold of the nerve sheath under the microscope. It was her trust in my abilities that made me trust myself, and I could not believe I was given the chance to assist in microsurgery, it was miraculous! I clearly remember leaving the theatre that day thinking I do want to be a surgeon; I want to do the impossible.

I also left my elective with the influence of the conversations I had with the consultants. I had the liberty to discuss anything and everything with them. I did not feel like a student then, I was treated as an equal. We talked about our personal lives, about culture, religion, books and movies, and as well as medicine.

I loved how friendly everyone was with one another and with me, how every request started with a please and ended with a thank you. I was praised on the smallest of achievements, and whenever I made a mistake someone patiently explained where I went wrong and how to do it better next time. Every time a consultant thanked me for scrubbing in and helping, a little voice within me screamed that I should be the one thankful for finally getting the chance to do what I was not able to for the last six years, and to find potentials in myself that I did not even know existed.

I would like to say a big thank you to my colleague and senior trainee, Dr Diaa Othman, who organised this elective session for me, and to my supervising consultant during my elective work, Mr Sanjib Majumder, along with the brilliant team that looked after me there. This outstanding experience has augmented my confidence and competence in becoming a plastic surgeon as I always dreamed to be and will be the stimulus to put me back on track to pursue a career in this specialty, either back home or in the UK. I do not know where I will be 10-20 years from now, but all I know is that I will forever look back at this two-month elective as the time I fell in love with England and fell back in love with medicine. 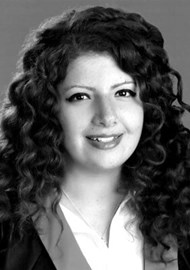 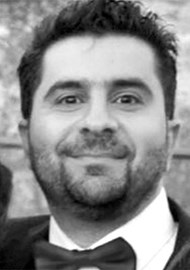