Cryolipolysis: a review of published clinical data
By Nestor Demosthenous

Definition: Cryolipolysis is derived from the greek language, describing ‘cold’ and ‘fat breakdown’.

The actual phenomenon of cold induced adipocyte necrosis was originally described by Epstein et al. in 1970 who had reported the presence of a “red indurated nodule” followed by transient fat necrosis in the cheek of an infant who had been sucking on a popsicle [1]. This became known as popsicle panniculitis.

This was also observed in adult patients, which led to the idea that lipid rich tissues are more susceptible to cold injury than the surrounding water-rich tissues. In 2007 Manstein et al. introduced a novel, non-invasive method of fat reduction with freezing, and coined the term cryolipolysis [2].

Body contouring is one of the most common cosmetic surgical procedures in the UK and USA. In recent years, new modalities have been developed to address body contouring from a less-invasive perspective. These modalities primarily target the physical properties of fat that differentiate it from the overlying epidermis and dermis, thus resulting in selective destruction of fat. These different modalities include high intensity focused ultrasound which disrupts cell membranes and then heats and destroys adipcoytes; radio frequency which induces lethal thermal damage to adipose tissue; and low-level laser therapy which produces transient pores in adipocytes, allowing lipids to leak out. Finally, cryolipolysis is a relatively new development, whose mechanism of adipocyte necrosis is not fully understood. It has however, shown statistically significant results, with minimal incidence of complications.

There are several cryolipolysis devices on the market. In the UK notable, reputable devices include: CoolSculpting® (ZELTIQ Aesthetics, Inc.), Cryolipolysis CRISTAL™ (Deleo), CoolTech® (High Technology Products, S.L.), and 3D-LipoMed (3D-Lipo Ltd). Protocols vary in duration of application of cooling pads, number of treatment sessions required and post treatment massage. The principle, however, is the same. Adipocytes are more susceptible to cooling than other cells (skin and nerve cells). Therefore the precise application of cold temperatures (below 4°C) triggers the apoptosis of adipocytes, which invokes an inflammatory response and leads to slow digestion by surrounding macrophages over several weeks and up to months later.

CoolSculpting was the first Food & Drug Administration (FDA) approved cryoliptic device for reduction of flank and abdominal fat. In 2014 it was further cleared for the treatment of subcutaneous fat in the thighs. One part of the CoolSculpting device is a cup-shaped applicator with two cooling panels that is applied to the treatment are. The tissue is drawn into the hand piece under moderate vacuum and the selected temperature is modulated by thermoelectric elements and controlled by sensors that monitor the heat flux out of tissue. Each area is treated for approximately 45 minutes and it is advised to follow this with two minutes of massage to the area.

A systematic review of the MEDLINE and Cochrane database by Ingargiola et al. [3] identified 319 articles on cryolipolysis. Thirty-seven were examined after exclusion criteria of reviews and animal studies were met. Publications found common treatment areas to include the abdomen, brasserie rolls, lumbar rolls, hip flanks, inner thighs, medial knee, peritrochanteric areas, arms and ankles. Follow-up length ranged from two to six months. Objective outcome measures included fat calliper measurements, ultrasound measurements and 3D imaging. Every study notes a significant reduction in fat volume in the treatment areas. Average reduction in calliper measurement ranged from 14.67% to 28.5% [4]. Average reduction by ultrasound ranged from 10.3-25.5% [5]. It is worth noting that no study included all modalities of assessment, and there was a variation in treatment site and design. Subjective assessments included patient satisfaction rates and investigator assessment. All papers showed high post treatment satisfaction rates [6]. A clinically apparent difference was noted by investigator assessments, as high as 89% [7].

Manstein et al. [8] and Zelickson et al. [9] showed clinical efficacy and safety of cryolipolysis in both human and animal models. Animal models demonstrated a reduction of up to 1cm or 40% of total fat layer thickness after a single exposure without harming the overlying skin. Manstein found lipid-laden mononuclear inflammatory cell and local thinking of fibrous septa at two weeks after procedure, which implicated apoptosis and phagocytosis as contributing factors in the mode of action [9].

Although the mechanism of cryolipolysis is not completely understood, it is believed that vacuum suction with regulated cooling, impedes blood flow and induces crystallisation of the targeted adipose tissue with no permanent effect on the overlying dermis and epidermis. This cold induced ischaemia may promote cellular injury in adipose tissue via cellular oedema and mitochondrial free radical release [6]. Another theory is that the initial insult of crystallisation and cold ischaemic injury is further perpetuated by ischaemia reperfusion injury, causing generation of reactive oxygen species, elevation of cytosolic calcium levels, and activation of apoptotic pathways [6].

Whichever the mechanism of injury, adipocytes undergo apoptosis, followed by a pronounced inflammatory response, resulting in their eventual removal from the treatment site within the following weeks [10]. The inflammatory process sees an influx of inflammatory cells at 14 days post treatment, as adipocytes become surrounded by histiocytes, neutrophils, lymphocytes, and other mononuclear cells. At 14-30 days after treatment, macrophages and other phagocytes envelope and digest the lipid cells as part of the body’s natural response to injury [11]. Initial concern was that cholesterol, triglycerides, low density lipoproteins (LDLs) and high density lipoproteins (HDLs), bilirubin and glucose levels were affected, however these have been shown to all stay within normal limits following the procedure [12].

Four weeks later, the inflammation lessens and the adipocyte volume decreases. Two to three months after treatment, the interlobular septa are distinctly thickened and the inflammatory process further subsides. Fat volume in the targeted area is apparently decreased and the septa account for the majority of the tissue volume [13].

There is lack of substantial research to identify the ideal patient or even the ideal area to be treated. Given a modest (yet significant improvement of up to 25% reduction in subcutaneous fat), it is thought that the best candidates are those within their ideal weight range and those who engage in regular exercise, eat a healthy diet, have noticeable fat bulges on the trunk, are realistic in their expectations, and are willing to maintain the results of cryolipolysis with a healthy, active lifestyle [14].

Cryolipolysis is safe for all skin types, with no reported pigmentary changes, and is safe for repeated application [15]. Ferraro et al. suggest that patients who require only small or moderate amounts of adipose tissue and cellulite removal would benefit most from cryolipolysis treatment [16]. Contraindications include cold-induced conditions such as cryoglobunaemia, cold urticaria, and paroxysmal cold haemoglobinuria [17]. Cryolipolysis should not be performed in treatment areas with severe varicose veins, dermatitis, or other cutaneous lesions.

Several publications including two systematic reviews have not shown any significant adverse events. With over 850,000 procedures performed worldwide, only 850 adverse events have been reported [14]. The most common complaint is late onset pain, occurring two weeks post-procedure, that resolves spontaneously. Paradoxical adipocyte hyperplasia (additional fat growing at the treatment site) occurs approximately six months postoperatively and has been reported in 33 cases [18]. Sensory alteration was investigated by Coleman et al.; six of the nine subjects had a transient reduction in sensation, which returned to normal after a mean of 3.6 weeks [19].

One of the largest studies looking at safety and incidence of complications following cryolipolysis was carried out by Dierickx et al. in 2013. Common complications included erythema, bruising, swelling, sensitivity and pain [20]. These side-effects generally resolve within a few weeks after treatment. No persistent ulcerations, scarring, parasthesias, haematomas, blistering, bleeding, hyper or hypo pigmentation, or infections have been described.

Long-term duration of the effect has not been evaluated. There has only been one small case study of two subjects who were treated unilaterally on one flank and followed photographically for five years post treatment. Fat reduction was found to be durable despite fluctuations in body weight [21].

There is a limited number of high quality studies surrounding cryolipolysis. A lot of variability exists in study designs, machinery used and outcome measures. Because of this lack of uniformity, comparing results is difficult. It remains unclear which devices work best, which areas are best treated, and which treatment protocols should be followed. Despite these limitations, clinical data demonstrates consistent fat reduction in treated subjects.

Both men and women are looking for quick, affordable, safe and minimally invasive procedures to maintain and obtain youthful, attractive facial and body features. For decades, liposuction has been the only accepted procedure for body contouring; however, in recent years non-invasive modalities have been developed and improved. Their results are less dramatic and immediate, however, they are not associated with the level of risk and side-effects seen in surgical procedures. There is no ‘gold standard’ non-invasive body contouring modality, however, cryolipolysis is considered both safe and effective with a high patient satisfaction rate of up to 73% after one treatment [22]. 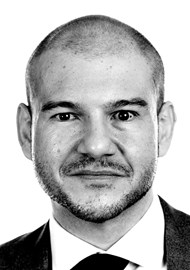