Could a technology from the past change skin disinfection for the future?
By Lorna Bowes

It wouldn’t be unreasonable to argue that the field of medicine has seen some of the most significant scientific advances of the past 100 years: the cracking of genetic coding, the advances in pharmacology, the development of biopharmaceuticals and the explosion in the use of technology have all moved the sector on in giant steps.

However, one area of medicine that hasn’t kept up such a rapid pace of evolution, is that of skin disinfection – the basic principal of antisepsis or the use of disinfectant solutions to prevent infection.

The importance of appropriate skin disinfection cannot be understated. Antiseptic and aseptic techniques play a crucial role in limiting surgical site infections (SSIs), which are still one of the most frequent causes of mortality following surgery [1]. There are still few better examples of this than Ignaz Semmelweis’s introduction of a strict handwashing regime for obstetric surgeons in 1846, which alone resulted in a decrease in peri-natal maternal mortality from 11.4% to 1.3% in 1848 [2]. Or Joseph Lister’s disinfection of patient’s skin with his carbolic acid based ‘skin disinfectant’ in 1867, which reduced the incidence of wound infection from 45% to 15% [3].

Lister’s subsequent paper ‘Antiseptic Principle of the Practice of Surgery’, is widely credited with making pre-procedure skin disinfection both an accepted and desirable practice, which in turn led to the trial of other chemistries as potential skin disinfectants. Today, iodine, chlorhexidine and alcohol are the skin disinfectants of choice.

Fundamentally, all of the traditional disinfectants suffer from the underlying fact that they are weak poisons. This means that they have to strike a fine line between being of high enough concentration to kill harmful bacteria, fungi or viruses, but a low enough concentration to avoid damage to the tissue [4]. This is why very few of these chemistries are safe for contact with the eyes, mucous membranes or on broken tissue.

Iodine has been used for the prevention and management of wound infections for more than 150 years and is still in use today in the form of Povidone Iodine, a water-soluble compound, which delivers a broad spectrum of antimicrobial activity particularly in relation to resistant micro-organisms such as methicillin-resistant Staphylococcus aureus. Unless afforded prolonged contact times, Povidone Iodine is not sporicidal and can cause skin irritation and allergic reaction. A challenge for iodine in aesthetic applications, is that it also stains the skin.

Chlorhexidine is probably the most widely used skin disinfectant, and, at appropriate concentrations, can also be used for handwashing and oral disinfection. It delivers broad-spectrum efficacy and low irritation, but is ineffective against polioviruses and adenoviruses [5] and, again, is not sporicidal [6].

Reactions are also a concern for chlorhexidine, however: skin, eye and respiratory irritancy are not uncommon and in February 2017, the Food & Drug Administration (FDA) issued a warning regarding an increase in the incidence of exposure to chlorhexidine gluconate resulting in hospital treatment, with some of these resulting in anaphylaxis. (Medscape, 2 Feb 2017).

A number of recent studies have also reported reduced levels of bacterial susceptibility to chlorhexidine, including methicillin-resistant Staphylococcus aureus (MRSA) [7] and Klebsiella pneumoniae [8]. Although the efficacy of Chlorhexidine can be enhanced by the addition of alcohol, this dries the skin and can cause respiratory and eye irritation. The other limitation with alcohol is its rapid evaporation, which can result in a suboptimal contact time.

So, although skin disinfection chemistries have changed very little in more than 30 years, they still have their limitations – some of which have largely been ignored until now as there have not been any better alternatives. However, the need for effective skin disinfection is just as present as it has always been and in some ways even more so given the now universal acknowledgement that even a needle-stick injury can allow the ingress of biofilm and lead to infection [9].

This new technology has been developed by Clinical Health Technologies Ltd, a UK company that has perfected a unique, high purity, stable hypochlorous solution, upon which their new Clinisept+ range of skin disinfectants is based.

Hypochlorous acid (HOCl) is not actually a new discovery – it has long been recognised as the most effective disinfecting chemistry known to man, but as well as being highly effective, in its natural state it is also highly unstable and therefore, until now it has not been possible to successfully harness its benefits. Now, however, Clinical Health Technologies have perfected a unique high purity, stable version of this chemistry, which instead of lasting a matter of hours, has a proven shelf life of over two years, enabling its benefits to finally be realised on a mass scale.

The reason that hypochlorous is so desirable as a disinfection agent, is that it is rapidly bactericidal, fungicidal, virucidal and sporicidal, and yet, it has a skin neutral pH and is non-irritant to skin, due to the fact that the human immune system actually uses the same hypochlorous chemistry to fight infection – hence its ‘skin compatibility’ [10,11]. Such a combination of extreme efficacy and safety are truly the panacea of skin disinfection and, as a result, many efforts have been made to replicate it since the first paper was published on the benefits of hypochlorous in the British Medical Journal (BMJ) in 1915 [12].

The 1915 BMJ paper, by Professor J Lorrain Smith, observed the antimicrobial efficacy, skin neutral pH and, most importantly, the ability of hypochlorous to accelerate wound healing.

Any skin disinfection chemistry that is rapidly bactericidal, fungicidal, virucidal and sporicidal represents a significant step forward from existing technologies. Clinisept+ has been subjected to comprehensive evaluation by independent laboratories and has been proven to deliver high log10 reductions within seconds. It is also worth noting that because of Clinisept+’s oxidising method of action, it is not subject to antimicrobial resistance. This is of increasing importance in today’s heavily antibiotic reliant healthcare environment where the evolution of pathogens varies in response to the different concentration of antiseptics used. Using chemistries that bacteria and pathogens can ‘become tolerant of’, exacerbates this problem. It is not possible for pathogens to become tolerant of Clinisept+.

The skin neutral pH that Prof Smith observed is a highly desirable characteristic and is a prerequisite of any chemistry that isn’t going to cause damage to the skin. In addition to this, however, Clinisept+ has also been proven non-toxic, non-mutagenic, non-irritant to skin, non-irritant to eyes and it presents no danger to mucosa. The fact that Clinisept+ is non-sensitising is a significant advantage over existing skin disinfection chemistries – not only because of the levels of patient safety that it provides, but also because it presents the opportunity to disinfect the skin during and also after a procedure – something that wouldn’t be considered using traditional skin disinfectants. This means that high levels of hygiene can be maintained throughout, including against blood borne pathogens, yet without causing the patient any discomfort.

Clinisepts+ is so compatible with the skin that it is even non-cytotoxic to re-growing skin cells. By achieving very high microbial decontamination of the pathogens that typically inhibit wound healing, but without itself presenting a chemical burden to skin recovery, it provides the ideal environment for skin to regenerate at its own natural rate, just by delivering gentle, but highly effective cleansing.

This is a tremendous advantage in aesthetics applications, where causing damage to the dermal layer is often an intrinsic aspect of the treatment being conducted.

Hypochlorous has long been recognised as delivering effective non-cytotoxic disinfection and there is no better demonstration of this than in its application to venous and diabetic leg ulcers (Figure 1). Prior to the development of Clinisept+ several studies have been conducted on ulcerated wounds using hypochlorous produced at point of use and these have delivered very beneficial outcomes. Of particular interest in such wound applications is not only the ability of the hypochlorous to kill biofilm, but also its ability to dissolve it, thereby leaving a clean wound-bed unencumbered from dead / sloughed skin cells and bacterial load, but also neither poisoned by disinfectant either. A paper published by J Selkon in the Journal of Wound Care in 2006 provides very good evidence of this, with a high proportion of chronic ulcerated wounds showing impressive improvements as a result of washing with hypochlorous [13]. The type of conditions encountered in aesthetic applications present little challenge for Clinisept+ in comparison.

The introduction of Clinisept+ not only brings skin disinfection bang up to date, but represents such an advance that it rewrites the rulebook, within both medical aesthetics, and wider healthcare applications.

Declaration of competing interests: AestheticSource are the UK distributors of Clinisept+. 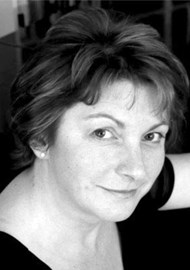