Female genital mutilation / cutting (FGM/C), aka female circumcision, is defined by the World Health Organization (WHO) as “All procedures that involve partial or total removal of the external female genitalia for non-medical reasons” [1].

Practised in Africa and other parts of the world, the WHO recently estimated that over 250 million females have been circumcised so far, and an additional three million are at risk of circumcision each year, nearly 8000 cases a day [2].

First recorded in Egypt in the 5th Century BC, and noted on a papyrus from Memphis in 2nd Century BC, its historic background goes back more than 3000 years. Some ancient Egyptian mummies were found to have been circumcised.

FGM/C awareness has increased globally in the past 20 years, due to an increased influx of African immigrants and refugees, with 680,000 cases in Europe and 513,000 in the United States, putting a heavy burden on the healthcare systems of the host countries. It is a destructive procedure, criminalised by law in most countries, and considered a crime against humanity [3].

The area excised usually includes the:

FGM/C has no medical benefits, the reason for the practice is purely traditional with a false religious pretext in some cases. It is usually performed before puberty, but can be done at any age [4].

FGM/C in practising communities is regarded as: 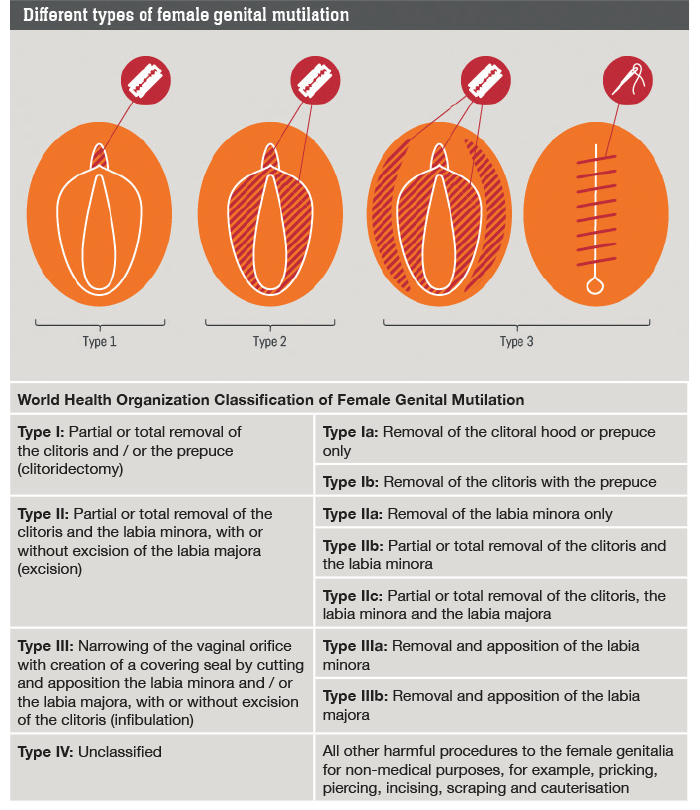 Figure 1: WHO classification of FGM.

Types: The WHO classifies FGM/C in four types (Figure 1) with varying degrees of cutting, ranging from a simple nick on the prepuce, clitoral excision, labial (minora and majora) amputation, to complete infibulation.

Under this classification, simple aesthetic gynaecology procedures such as labiaplasty and clitoral hood reduction are unjustifiably categorised as FGM. 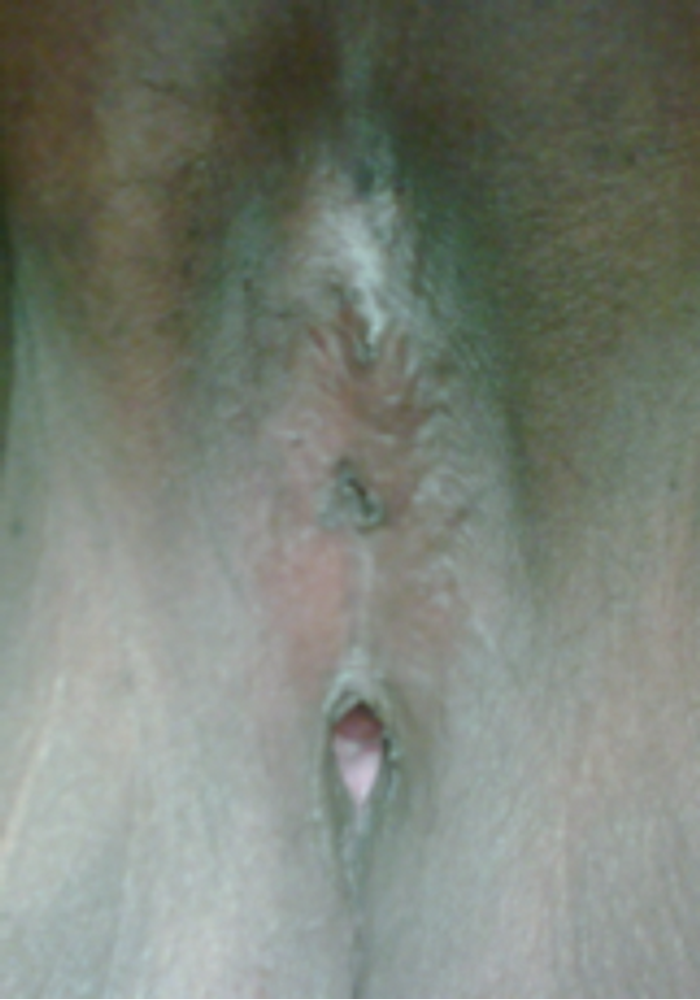 In some African communities, the clitoral body is partially excised and both labia (minora and majora) are cut and the skin gap is sutured together forming a covering skin seal acting as a chastity belt and creating a small opening at the lower end of the vagina for urine and menstrual flow (Figure 2). This is called Pharaonic infibulation, and in some cases the opening is too narrow to allow consummation of marriage and a surgical procedure known as defibulation is performed to open the vulva skin cover to allow sexual contact [5].

Management: The complexity of symptoms are best managed by a multidisciplinary approach provided by a group of gynaecologists, psychologists, midwives and social workers. Main guidelines are psycho-sexual assessment, sexual education, comprehensive physical exam, and surgery (defibulation and clitoral restoration) if needed [6].

FGM/C victims still retain the ability to reach orgasm after clitoral excision, the clitoris is a highly sensitive organ and can be modified to function as a new clitoris [7]. 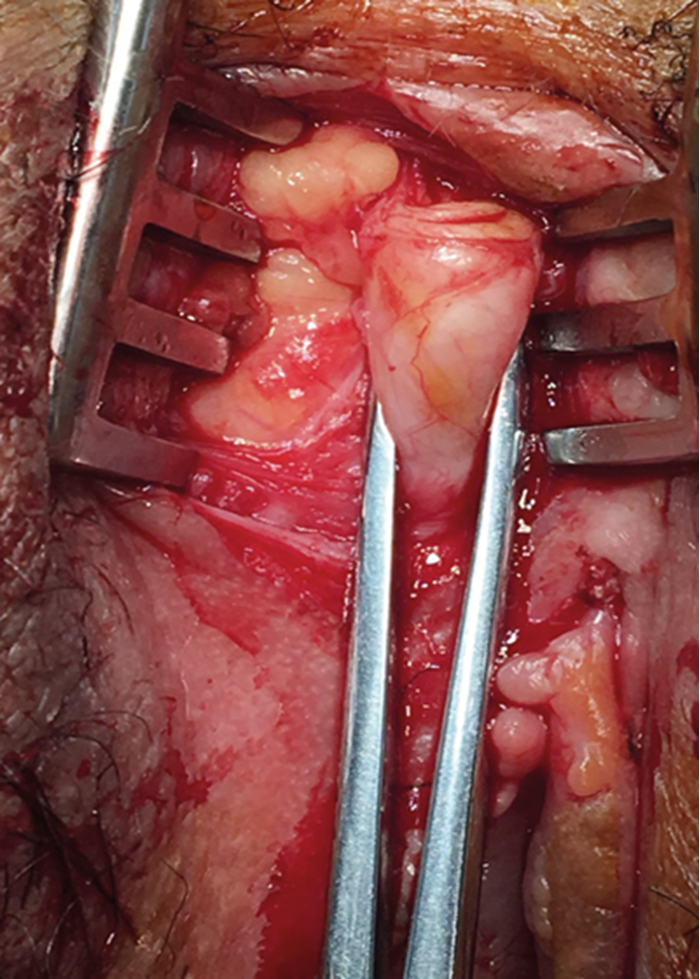 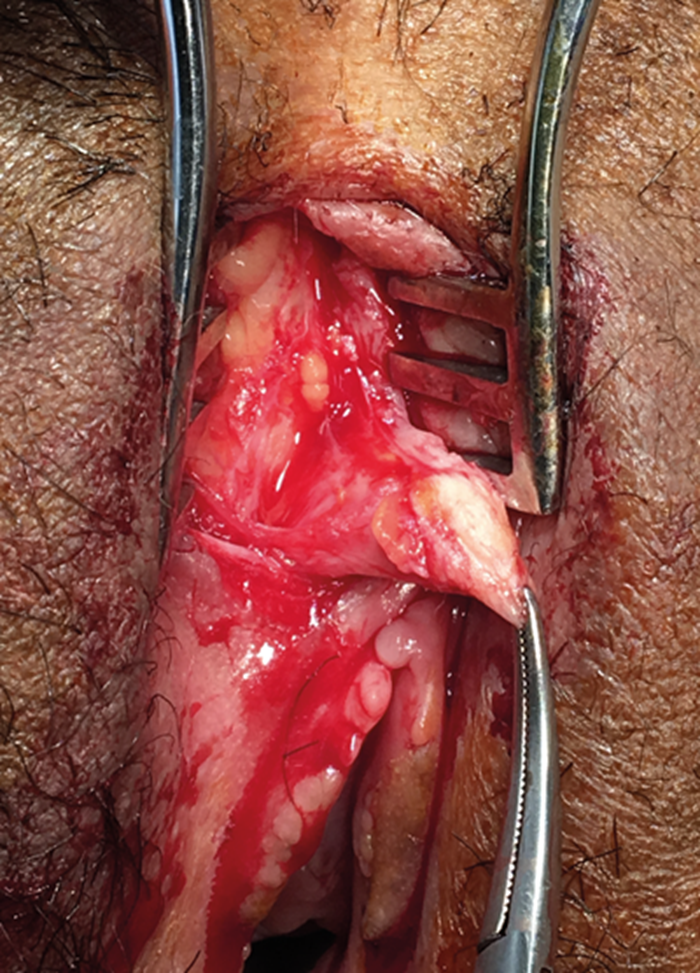 Results: Our study included 107 patients; results vary from no improvement to 90% improvement in sexual desire, arousal, lubrication, orgasm and decrease in pain. Better results were found in younger women with better education and higher socio-economic status. These marked improvements were especially noted in young adult women with type I and type II FGM/C, and probably attributed to the psychological benefits of the procedure, which may exceed the physical benefits [3].

FGM rates are declining globally due to changing socio-cultural and economic factors. Genital restorative surgeries have provided hope for FGM/C victims to regain their dignity, improve sexuality and quality of life. We have noted an improvement in aesthetic appearance and reported functional outcome, self-confidence, female self-image, partner and parent relationships after the procedure and support.

We therefore suggest that the clitoral reconstructive procedure should be made available to FGM/C victims. The possibility of such surgery should be more widely promoted in the community and also in hospitals when patients are presenting with aesthetic and sexual function complaints. Finally, it is important to be able to meet increased demand through the training of more surgeons in the art and practice of female genital reconstructive surgery.

Declaration of Competing Interests: None declared. 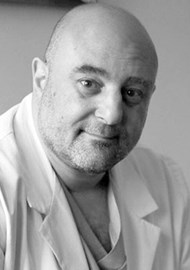