A new treatment for genitourinary syndrome of menopause
By Stefano Salvatore

Genitourinary syndrome of menopause (GSM) [1] is defined as a collection of symptoms and signs mainly associated with the progressive decrease in oestrogen levels. The lack of hormones, usually produced by the ovaries in fertile age, may lead to genital symptoms of dryness, burning, and irritation; sexual symptoms of lack of lubrication, discomfort or pain, and impaired function; and urinary symptoms of urgency, dysuria and recurrent urinary tract infections.

Menopause-related genitourinary symptoms affect up to 50% of midlife and older women. They can be chronic and progressive and are unlikely to improve over time. They are all symptoms that interfere with women’s self-esteem and image. They may cause a dramatic impairment in sexual function affecting intimate relationships with partners.

Different authors [2-4] have described the morphological and histological changes experienced by post-menopausal women, including the loss of vaginal trophism, tone, support and function. Connective tissues, collagen constituents and architecture play an important role in this ageing process. With age, collagen fibrils lose their reticular spatial disposition, and the Type I/III ratio is altered compared to pre-menopausal state. Ultra-structurally, the vaginal epithelial surface is flattened and there may be a superficial keratinisation.

“The search for a non-hormonal option for this condition represents an important alternative to the well-known limitations of hormone replacement therapy.”

The clinical effect of all these changes are: shortening and narrowing of the vaginal barrel, reduced vaginal blood flow, pale colour of the mucosa, loss of glycogen content with increase of vaginal pH from 4.5–5.5 to 7.0–7.4, and consequent reduction or absence of Lactobacilli easily replaced by pathogenic bacteria. The symptoms related to this include a sense of vaginal laxity, vaginal dryness, vaginal irritation or itching and vaginal bleeding. This often causes painful or uncomfortable sexual intercourse.

The use of oestrogen can be considered the first-line treatment in women who do not present contraindications, such as women with a family history of breast or ovarian cancer, and women with a history of thromboembolism. Incidentally, we consider that the search for a non-hormonal option for this condition represents an important alternative to the well-known limitations of hormone replacement therapy (HRT).

In recent years, many methods and machines have been introduced and used in regenerative and ageing medicine, in order to restore some biochemical, mechanical and functional properties that have been lost.

For many years, fractional CO2 laser treatment has been effective in dermatology, showing significant regenerative tissue properties, inducing new collagen and elastic fibre production, neovascularisation and improvement of tissue trophism in general. On the basis of these results, four to five years ago we decided to start evaluating its use in gynecological patients complaining of genitourinary syndrome symptoms.

Figure 2: The graphs represent the percentage of reduction for the main symptoms of vaginal atrophy and urinary incontinence after three MonaLisa Touch® sessions. The study was carried out at the Department of Gynaecology of San Raffaele Hospital on patients with genitourinary atrophy symptoms.

We started evaluating five different protocols in an ex-vivo study (on vaginal sampling obtained during prolapse surgery where the vaginal tissue in excess is usually trimmed) aiming to find the one protocol with the best efficacy and safety. We used the SmartXide2 system developed by DEKA with a special scanner to deliver the fractional CO2 laser beam directly to the vaginal walls. The V2LR Hi-Scan scanner (Figure 1) ensures the so-called MonaLisa Touch® treatment thanks to the special pulse characteristics (D-pulse). This pulse has been designed by DEKA R&D in order to deliver the laser energy in a very specific manner optimised for vaginal mucosa.

Our preliminary research demonstrates an important increase of the synthesis activity of the components of the amorphous substance of the matrix and protein glycosylation. This does mean that the collagen molecules are correctly assembled in compact structures forming fibres with high mechanical and physical characteristics, so important to assure a correct support to the vagina walls.

Once the protocol for MonaLisa Touch® was established we started a pilot study in a clinical setting [5]. In this study we included women referred from our menopause outpatient clinic (IRCCS San Raffaele Hospital, Milan, Italy), who tried without success or could not tolerate local oestrogen for vaginal atrophy. MonaLisa Touch® is an outpatient procedure not requiring any form of analgesia or anaesthesia. The study’s overall direction was guided to have an assessment of their condition using a subjective evaluation with a 10-point visual analogue scale for each single symptom, an objective evaluation using the vaginal health index (a validated composite score to assess the genital trophism used worldwide), a sexual function evaluation using a specific validated questionnaire, the female sexual function index (FSFI), a generic quality of life questionnaire: the SF12, and a 10-point visual analogue scale to record how the procedure was tolerated by the patient. We set up three treatments for our patients with a 30-40 day interval. Each woman, therefore, decided after 30-40 days from the previous treatment if she wanted to have another one.

In our pilot study, we collected vaginal biopsy in five women at baseline (before treatment) and 30 days after the first and the second treatment.

Figure 3: Histological preparation of vaginal mucosa section stained with haematoxylin and eosin (H&E). (A): Basal condition. The morphology indicates an advanced stage vaginal atrophy with the epithelium formed by few cell layers and no papillae. (B) & (C): The same patient one month after the first session (B) and after the second session (C) with MonaLisa Touch® treatment. The much thicker epithelium and the larger diameter of epithelial cells rich in glycogen, demonstrate the restored metabolic trophism and dynamics of the whole epithelium.

In each single considered parameter we observed a highly significant improvement in symptoms, vaginal health index, sexual function and quality of life (Figure 2). Histological evaluation [6] (Figure 3) allowed us to understand the clinical improvement that we observed in symptoms. The mentioned changes in the lamina propria and in the epithelial layers of the vaginal canal determined not only an increase in its thickness, but also greater elasticity, significantly improved vaginal lubrication with subsequent return in almost all cases to a normal sexual life.

The procedure was very well tolerated with no pain experienced by the patients. No side-effects have been observed after the treatment.

Clinical and histological results surpassed our expectations. The improvement in vaginal wall thickness and the new trophic conditions are essential for increasing organ functionality. All women in the study reported a new outlook on their sexual life by reducing stressful situations due to dryness and fragility of the vagina, and the resulting painful feelings during intercourse. The special D-pulse emission of DEKA laser stimulates coagulation, increases firmness and elasticity of the mucosa, and stimulates the production of collagen with no postoperative discomfort.

The exciting findings of our pilot study were the starting point for us to explore this method’s true potential. Over the past two years, the MonaLisa Touch® treatment has established itself with the number of treated patients exceeding hundreds of thousands.

To this date, MonaLisa Touch® is the only method that has been reported in peer-reviewed journals [5-10], underlying the reliability and importance given to this scientific research.

Originally developed to solve postmenopausal vaginal atrophy-related problems, MonaLisa Touch® is proving to be extremely useful and effective in several other situations. Atrophic vaginitis is not in fact linked exclusively to the natural ageing process. Genitourinary atrophy is closely linked to the reduction in oestrogen synthesis that can occur at various times during a woman’s life, such as early menopause (both spontaneous and induced), premature ovarian failure (POF) and postpartum.

Furthermore, other treatment modalities such as labioplasty, clitoris reshaping and vulvo-fractional reshaping are possible with the CO2 laser used for MonaLisa Touch®, completing the full range of possible procedures in this field.

The MonaLisa Touch® is a newly marketed laser device which is currently being utilised for a variety of indications including urogenital atrophy in women who cannot use low dose local vaginal oestrogens e.g. breast cancer. It has also been tried in mild stress urinary incontinence and for ‘vaginal tightening’. Stefano Salvatore is a highly respected clinician who has written papers on the subject. For those not familiar with the machine or technique it is important to appreciate that it remains largely experimental and treatment should only be offered in the context of a controlled clinical trial. This is part of the process of evaluating new devices and techniques and it is important to appreciate that well conducted trials protect both the patient and the practitioner. 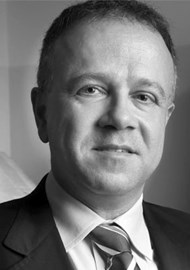