Perceptions and deceptions: a personal blog by the editor 18 August 2016

I am back in the UK for a sabbatical and taking stock of all the changes since I left in 1999. An HK versus UK comparison becomes even more fascinating when looking at information sources ‘on the ground’. Social networking is a fast changing platform for further complicating the fact versus fiction perceptions of the world where reality is relative and Truth is an awkward and rather unwelcome embarrassment for those who have long been engaged in ‘spin’. 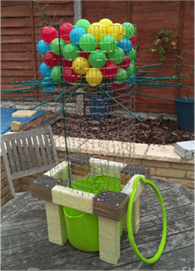 I was engaged in small talk at a summer barbeque and mentioned the concerns about the junior doctors in the UK. My information source has primarily been a Facebook group discussing the contract negotiations. I was rather surprised to hear one consultant say that social networking did not give a very balanced view of the issues. I decided to give more attention to the challenges of an adult party game (constructed according to my daughters instructions) than debate the role of the media, especially the BBC, in the balanced reporting of the antics of the Right Honourable Jeremy Hunt! Mind you in yesterday’s paper, the ‘i’, I read that “Owen Smith will (sic) accuse the Government of secret plans to privatise the NHS.” Certainly no secret to the thousands of junior doctors who have had to deal with the most dishonourable JH.

I have openly declared my self-diagnosed, socially limiting condition, of MOAT. That is Maturity Onset Asperger’s Trait which does cause problems when trying to engage in rational debate and argument. By argument I do not mean the standing on a soap-box and slagging off a person with a different political agenda; no, this is more the case of presenting a case and inviting critical comment and returning comment for comment until a consensus can be achieved. I am not a ‘righteous zealot’, a somewhat unfortunate label thrown in my direction by a few somewhat righteous zealots, but I do believe that if we are going to regard ourselves as professional people then we should behave professionally. Flicking through a print copy of the BMJ, for the first time in over twenty years, has however, caused me to stand back for a while to consider the meaning of the concept ‘professional’. For a doctor in the UK to have a sexual relationship with a patient is apparently acceptable if the doctor is a highly regarded specialist. In 2016 that is the conclusion of the medical profession’s own regulatory authority. Previously I have expressed concern that it took a High Court Judge to make such a determination as in the infamous case of the philandering Oxford plastic surgeon! The cases are very different and said plastic surgeon was arrogant and foolish and expressed no remorse, whereas Mr Brookes turned himself in.

I am glad, however, that fraud in clinical and scientific research is still regarded as unacceptable. Unacceptable, that is, when regarded as the modus operandi of a professor involved in pancreatic cancer research. It is completely unacceptable for a doctor in the UK to engage in “gross and clear fabrication of research data” but, it would appear to be completely acceptable for a politician to do the same in order to promote a devious political agenda regarding doctors.

For students of medicine and law, trying to make sense of professional ethics is a very confusing matter. In the context of corruption is it such a bad thing that a senior partner of a law firm in Hong Kong should be involved in denying justice to a young girl, unlawfully killed in a private clinic? What if it was an isolated event? Would the regulatory authority that oversees professional standards of the solicitors in Hong Kong regard this as a regrettable but not exceptional action? Or is it that the corruption is so deeply embedded in legal practice in Hong Kong, and elsewhere for that matter, that it is easier to turn a blind eye to corruption, AKA unprofessional behaviour?

This latter perspective has been put to me by those who teach Medical Ethics and Professionalism in the two Hong Kong Medical Schools, the Faculty of Medicine at The Chinese University of Hong Kong and the Li Ka Shing Faculty of Medicine at the University of Hong Kong. I am intrigued to find out what the UK perspective is on this issue of embedded professional corruption. But I digress.

In the last blog (3August) I summarised the case of Leung Kwan Zoey in ten points beginning with the killing of a human brain and ending with a ‘demand’ for accountability. I welcome a challenge on any of the points made, but in the absence of any challenge I am speculating whether the moral consequence, if not the legal presumption, of the surgeons deliberate decisions amount to a pre-meditated killing. Let me be quite clear that I am fully aware that if the surgeon involved is a person of conscience, then this must have been a nightmare of unbelievable proportions and it is not for me to be a ‘righteous zealot’ and demand vengeance on behalf of a 24-year-old girl who has no voice. My concern is with a system that allows such a death to be conveniently swept under the carpet at the expense of other members of the medical profession and to the benefit of the legal profession through the services of the Medical Protection Society.

I believe this is fundamentally wrong and cannot be regarded as acceptable in any enlightened and civilised society. Yes, there is corruption everywhere. Yes, dishonesty is a part of the human condition. But if professional people want, indeed demand, certain privileges from society then there must be some limit to what is and what is not acceptable behaviour. And this is where ethics have their place and role. Professional ethics are neither fixed nor immutable. I recall a case of a general practitioner who was trained in Mainland China and took the licensing examination to practice in Hong Kong; he was manipulating the spine of a female patient and was overcome in a moment of madness and bent and kissed her skin. He received severe censure for this act and was struck off from the medical register. Would such an act have been acceptable if the doctor was trained in Hong Kong and was a Fellow of the Hong Kong Academy of Medicine, that is to say, a specialist?

I really do not think the medical profession should look to the legal profession to decide such issues. As we continue to explore the case of Zoey Kwan we will discover that the practice of law in Hong Kong, particularly in the medico-legal context, is not typified by a transient kissing of the skin, but rather a brutal, and repeated, raping, of Madam Justice. Surely that has to be unacceptable in this day, this age?