This year’s much awaited event was held at Park Plaza Westminster Bridge Hotel at the start of December. A total of 21 winners were selected from 145 finalists and presented with their awards in front of an audience of 500 guests representing the cream of the medical aesthetic profession. It was a people-watching evening with many looking as glamorous as one would expect from a community so attuned to beauty. The variety of party dresses worn was impressive with every possible style on show – even mermaids had their sparkly frocks. The drinks reception had its own entertainment with some amazing conjurers leaving guests in awe of their tricks, proving it is not just Dr Raj who can perform magic with his hands.

The banquet was worthy of the event with empty plates being cleared on all tables. The quality of the meal proved that mass catering can be delicious and effective allowing the guests to soak up the rivers of bubbly without falling over on the dance floor (with only a few exceptions).

Fun memories of the evening include a certain aesthetic celebrity having way too much fun with a camera on a selfie-stick. He captured much of the essence of the fun seekers attending the party and some of his pictures were even in focus. Facebook has shared many great pictures of the evening with some spectacular photo bombs and plenty of evidence of shenanigans that might otherwise have been forgotten.

The comedian Dominic Holland was appropriately disrespectful toward the industry and danced along this line well, raising many laughs as he gently and insightfully poked fun. An easy target perhaps with so many egos to aim for but the desire to celebrate and enjoy amongst friends ensured that the mood remained light.

The only disappointment in an otherwise perfect evening was the absence of so many finalists who perhaps felt the lack of certainty that they would win excused them from the need to support the spirit of the event – in an increasingly competitive specialty, surely it is ever more important that we be prepared to celebrate the success of our colleagues.

That being said, the presentation of the awards was quick, slick and gave enough ceremony to the winners whilst still keeping the attention of the masses before the much awaited dancing began.
Details of Aesthetics Awards 2015 event are still to be finalised but there is no doubt that it will be another memorable Saturday night in December which will already be pencilled into the diaries of all who attended this year’s prestigious event. 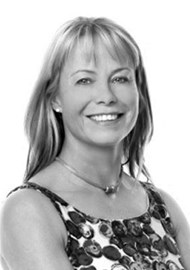