We were delighted to catch up with Dr Emanuele Bartoletti, President of Società Italiana di Medicina Estetica (SIME) about his background, the society and the challenges of COVID-19. 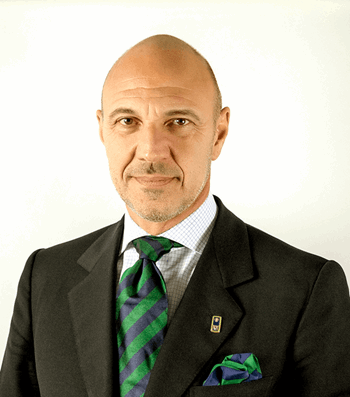 You have been involved in plastic surgery and aesthetic medicine for many years; what have been your career highlights?

I finished the four-year School in Aesthetic Medicine of Fatebenefratelli Foundation degree in 1994 and my specialisation in plastic surgery in 1995. The synchronous path of these two disciplines immediately made me understand how radically different they are, but also how they could complement each other. I have always cultivated both these passions and have tried to keep to the highest possible level of preparation and evidence-based science in my clinical activity. This has led me to receive recognition both in the surgical and the medical field, starting with the Italian Society of Aesthetic Medicine (SIME) of which I have had the honour of being the President since 2015. I was part of the first and second Council of the Italian Academy of Plastic Aesthetic Surgeons (AICPE) which I also helped found. Then I received the designation of Director of the International School of Aesthetic Medicine by the International Fatebenefratelli Foundation. Finally, being representative of a large number of aesthetic physicians allowed me to join the board of directors of the Medical Council of Rome Province with President Antonio Magi.

What exciting innovations do you think are coming in the next decade?

I think that the trend will increasingly focus on less invasive and more effective techniques. Techniques that are used to achieve more natural results with consideration for the safety of patients. This is the trend worldwide. It is necessary that aesthetic medicine evolves towards a discipline that is progressively more evidence-based, pursuing scientific evidence (trials on large numbers) for all the proposed therapies in order to pursue this trend. Empiricism, which is still too common in aesthetic medicine, is no longer acceptable.

The second point that will necessarily evolve will concern the training and development of the skills of aesthetic physicians. As General Secretary of the International Union of Aesthetic Medicine (UIME), I am promoting with other presidents the creation of a syllabus for the discipline. It must include a common base for all educational initiatives within the training paths of aesthetic medicine.

Can you tell us a bit about how the aesthetic medicine profession in Italy has been affected by the COVID-19 pandemic?

We suddenly found ourselves in a nightmare that probably not one of us would have ever thought we’d have to face.

The SIME invited all its Members to stop the ordinary activity of aesthetic medicine, even without the explicit prohibition by central institutions. It would not have been appropriate to provide patients with an excuse to go out during the lockdown period to visit an aesthetic physician for therapies that could easily be postponed. We recommended, instead, that everyone remain available for their patients and for the treatment of possible complications.

Now we have just entered phase two and we have resumed clinical activity which had been suspended for over two months. We are starting again our activity in compliance with all safety standards for the prevention of the spread of COVID-19, following the directives issued by SIME in collaboration with the Italian College of Scientific Societies of Aesthetic Medicine. Our directives have been very much appreciated by all Italian aesthetic physicians for their clarity and completion. They have been drawn up by collecting the experiences described in the international scientific literature and integrating them with the poor institutional recommendations.

Would you encourage others to get involved inSIME?

SIME is a point of reference of high scientific content for many colleagues interested in aesthetic medicine. To become an Ordinary Member, it is required to have a specific training path such as a four-year school or a master’s degree in the discipline.

The 41st Annual Congress of the society (The Gender of Beauty) is taking place throughout the summer as a virtual event – what can you tell us about the programme?

The pandemic situation has forced the world to modify all activities. Our congress should have been held from 22-24 May. Public gatherings will be forbidden for an unpredictable period of time in Italy. The SIME Board of Directors thought thoroughly about the right way to manage the Congress. We didn’t want to cancel the event but postponing to a new date would have been too dangerous. The Board unanimously decided it was important to still be present on the scientific scene so we chose a new type of congress: a virtual congress which will include all the scientific sessions scheduled for the residential event. A planner of the congress will be available and will be exactly as the usual one; the names of the scientific rooms will be the same as prior times. The benefit will be that the whole congress, including companies’ workshops, will be available online until 30 September, so that everyone will have the opportunity to enjoy the congress in its entirety. This year participants won’t be obligated to choose to enjoy one session over another due to a time overlap.

The second important decision of the Board was to make the congress free access for all physicians. Given this economic and social crisis, we thought that this is an important gesture for SIME to be as close to all our colleagues, as ever.

Many thanks for your time! 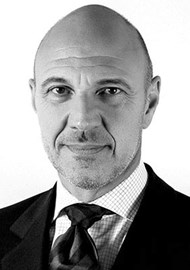