Andrew Burd: Miles, many thanks indeed for giving the interview that appeared in the first issue of PMFA News (see PMFA News 1(1):24). I read this with great interest as some very topical and sensitive issues were raised. I thought it might be an idea to follow-up with some more questions, which would allow you to expand on some of the points you raised and clarify others. Hopefully in time we will be able to incorporate a wider range of follow-up ‘clarifications’, but today you are the first to ‘sit in the chair’ and the questions are mine alone.

Miles Berry: Firstly, thank you for your comments and I hope to provide a similar degree of satisfaction.

My own view, and one that seems to be reinforced by patients, is that plastic surgery is what constitutes the bulk of NHS practice, e.g. reconstruction of the breast or head and neck after tumour excision, trauma particularly of the hand, skin cancer, congential anomalies and so forth. Aesthetic and cosmetic seem to be used interchangeably but both are taken to mean something where an improvement is desired rather than required.

I suspect the answer is contained in the above, but I have a suspicion many surgeons favour ‘aesthetic’ because of the negative connotations and implied association of ‘cosmetic’ with ‘vanity’.

What was the scope and content of cosmetic surgery training whilst you were in Manchester as a specialist registrar?

Actually, this was one of the reasons for selecting Manchester, which was an early adopter of a complete training. There were three units and at least four consultants that welcomed trainees into theatre and consultations in their private practice. I should point out I also undertook a fellowship with Dai Davies at the then Institute of Cosmetic & Reconstructive Surgery. It was the only place where one was able to perform cosmetic surgery procedures, as a trainee, under supervision. Whilst there, I performed 20 facelifts and this certainly made life a lot easier when I started my own, independent practice.

You mentioned the procedure of labiaplasty; in the preoperative (primary) cases you see, is the primary indication for surgery more likely to be functional or cosmetic? In the secondary cases, where a complication has occurred, what is the most common concern for the patient? Again I am simplifying things very much by grouping the concerns into primarily functional or primarily cosmetic.

In my experience the primary cases are around 50:50, functional and aesthetic. With the secondary cases I am starting to see more over-resections with unaccountably glaring asymmetry. The amputation technique seems the usual culprit. There is a generational pattern that seems to be emerging with the younger 20-30s being unhappy with any minora showing through the majora. More mature women seem to feel bereft if too much has been removed.

One has to define ‘wrong’ of course, as the extrusion of an infected implant is not necessarily the fault of either party. What is theoretically possible and what is realistically achievable needs to be sensitively explained to the patient in terms they can understand. It is also very important to listen to the patient so that their preconceived concepts can be factored into the surgical plan. It is essential for the surgeon to be honest in terms of whether they genuinely have a particular technique (or indeed the skills) that has a high chance of taking the patient close to where they would like to be. Ultimately, a disappointed patient is a failure of something; be it communication, technique or compliance.

And finally, PIP implants and publicly funded procedures; just remove them or remove and replace with new prosthesis provided (paid for) by the patient?

This raises a couple of interesting issues. The first being that the NHS was deemed competent at removing said implants (despite rarely implanting them), but could not replace devices even if the patient was willing to fund this additional step. I forget the precise reasoning, but suspect it may have had something to do with future responsibility. Of course, when I remove somebody’s PIPs I take on all future responsibilities, if not in actuality at least in the eyes of the patient. Ironically, I have just reviewed a paper from a German unit where they allowed just that: PIP removal was free, but replacement attracted a supplementary cost. Secondly, many believe the British government did not come out of the episode in a particularly favourable light. On the one hand, a reputed cost of £150 million for the exercise may appear high, but it is relatively insignificant when compared to the billions of pounds that have been used in support of banking bailouts. I think we will look at this very differently in a few years time, but must take this opportunity to put measures in place to ensure continuity of care and responsibility in both the public and the private sectors of health care.

AB: I am sure that your answers will raise yet more questions but allow me to thank you once again both for your initial interview and this follow-up.

MB: And thank you for giving me the opportunity to share more thoughts with the PMFA News readers.

Mr Miles Berry has been working as a specialist in plastic and aesthetic surgery for the last 15 years. As well as spending nearly four years in Manchester as a Specialist Registrar, Mr Berry was Locum Consultant at the eminent Royal Marsden Hospital in London and, after winning a BAPRAS international fellowship, became Locum Consultant for oncoplastic breast surgery at the renowned Institut Curie in Paris for two years. He is now working exclusively as an aesthetic surgeon in the independent sector. 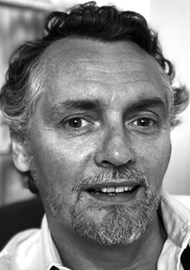