Facial surgery for the correction of acquired or developmental skeletal and occlusal abnormalities has been practised within the scope of oral and maxillofacial surgery (OMFS) for several decades. OMFS surgeons have an understanding of the influence of skeletal movements on the soft tissues of the head and neck and the corresponding alterations in facial appearance with the required movements.

There has been an increased appreciation over recent years of the affect these movements also have on the posterior airway space at both the level of the tongue base and at the level of the palate. This has led to the application of maxillomandibular advancement (MMA) surgery as a highly successful multilevel treatment of severe obstructive sleep apnoea (OSA).

Continuous positive airway pressure (CPAP) remains the gold standard treatment for OSA [1,2]. The Cochrane Review originally carried out in 2005 concluded that the available evidence did not support the widespread use of surgery in people with mild to moderate daytime symptoms associated with sleep apnoea [3]. Unfortunately, however, in the patients we see with moderate to severe OSA a high proportion are unable to tolerate CPAP for a number of reasons. This is in keeping with the literature, which demonstrates rates of non adherence can range from 29-83% when adherence is defined as at least four hours of use per night [4]. Given that CPAP will be a lifelong commitment for most, it becomes apparent why there is an ever increasing demand for effective surgical options. We believe there is a role in selected cases for a successful single surgical procedure, which improves the airway at multilevels. 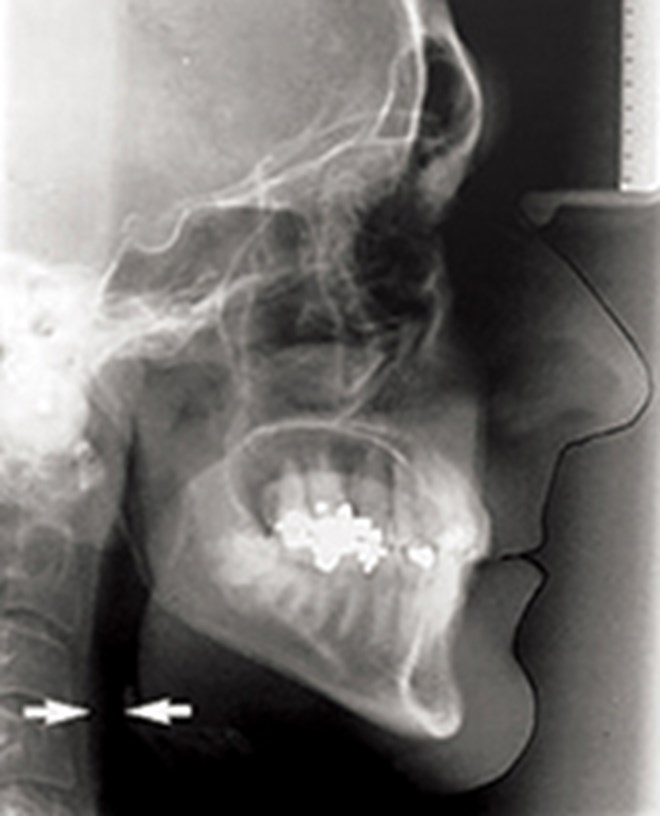 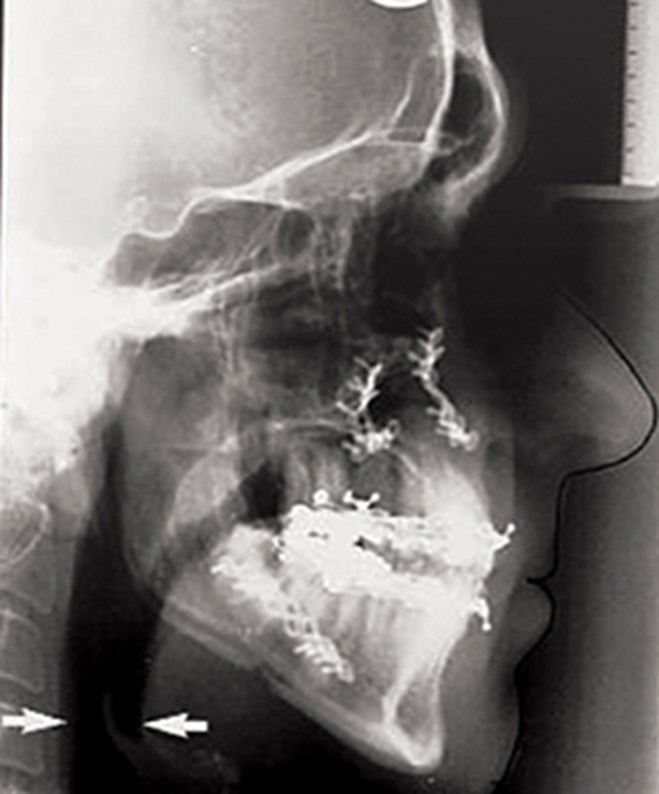 Oral and maxillofacial surgeons with an interest in orthognathic surgery have experience of performing mandibular and maxillary osteotomies in the management of acquired or developmental abnormalities of the facial skeleton and occlusion. This type of surgery leads to an altered facial appearance and improved functional occlusion, which is often the patient’s reason for seeking the treatment. Addressing the discrepancies in size and relative position of the jaws usually leads to an increased facial harmony. It is possible with orthognathic surgery to achieve a combination of jaw movements including advancement or setback, lowering or impaction with good long-term stability [5]. This is usually carried out in conjunction with a pre-surgical period of orthodontics which can typically take around 18 months. This aims to position the teeth appropriately for the intended new jaw positions. This facilitates a postoperative good, stable functioning occlusion and excellent aesthetics. The most common procedures are the bilateral sagittal split osteotomy (BSSO) to advance the mandible and the Le Fort 1 osteotomy for the maxilla performed with intraoral incision and bone cuts with burs, saws and osteotomes.

The Le Fort 1 osteotomy mobilises the maxilla and palate from the skull base at the level of the floor of the nose. The main risks of this procedure are bleeding and temporary paraesthesia in the distribution of the infraorbital nerve.

The BSSO is performed with bone cuts in a sagittal direction in the mandible which allows for good bone on bone contact after advancement. The bone cuts commence in the body of the mandible buccally usually at the level of the first and second molar teeth and finish on the lingual aspect of the ramus above the mandibular foramen. The mandible is then split sagittally and the tooth bearing segment advanced. The inferior alveolar nerve is at particular risk during the procedure and patients are warned preoperatively of the risk of developing permanent paraesthesia. With the mandible and maxilla in their final positions, whilst maintaining the desired occlusion, osteosynthesis plates are applied for fixation or bicortical screws. The soft tissue movements can be predicted preoperatively based on the proposed bone movements, using a number of different computer software packages and this can be used to counsel patients about the change in appearance.

Jaw relations are commonly described in terms of the relationship of maxilla to the mandible, and are best viewed in profile.

Orthognathic surgery is predominantly carried out for patients who are either skeletal class 2 or 3 and aims to achieve a class 1 relationship postoperatively and a good functioning occlusion. To achieve this, diagnosis of the underlying cause of the problem is performed by cephalometric analysis, which looks at the relationships of reproducible bony landmarks and angles on lateral cephalometric radiographs.

It has become increasingly recognised that carrying out mandibular and maxillary osteotomies can also have a profound positive or negative effect on the posterior airway space at both the level of the tongue base and the palate, which is predictable and dependent on the direction of movement. By advancing the mandible and the maxilla 8-10mm especially in combination with an advancement genioplasty the posterior airway space can be greatly improved. This has been measured on lateral cephalometric radiographs and more recently 3D computerised tomography (CT) has demonstrated the increased airway volume achieved [6]. More importantly than radiographic appearance, however, is the resolution in symptoms of OSA and demonstrable improvement in polysomnography studies. It is becoming increasingly recognised that orthognathic mandibular setback surgery can lead to conversion into OSA [7].

This has led to an increasing recognition of the value of MMA surgery as an effective multilevel treatment for severe obstructive sleep apnoea. 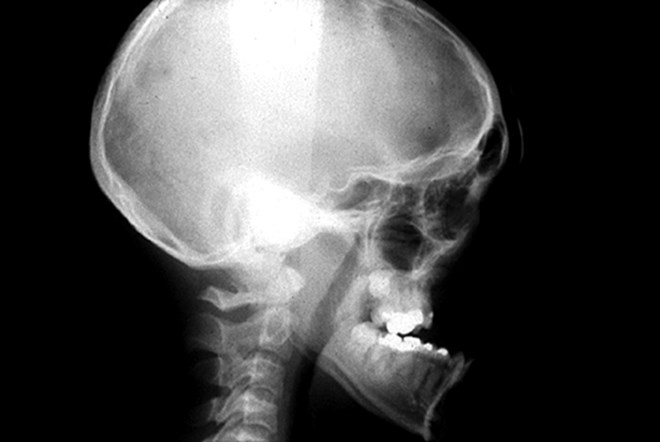 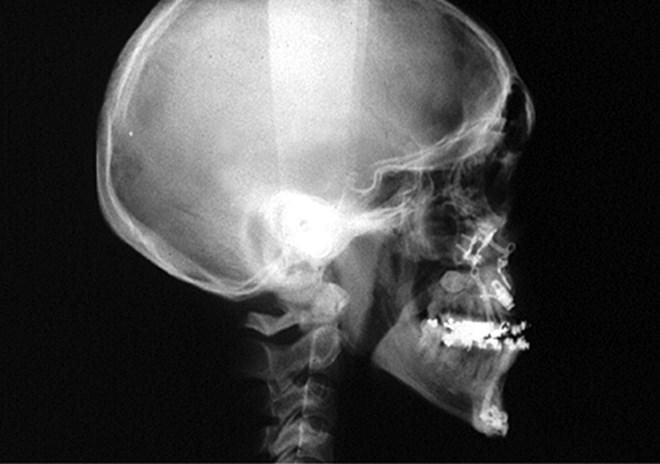 Who should be offered MMA for OSA?

Patients that we offer a MMA have all got proven moderate to severe OSA based on sleep studies and have failed other simpler treatments and lifestyle measures. Airway obstruction has been categorised at three points by Fujita [8]. Fujita identified three main areas for upper airway collapse, termed type I to type III. Type I occurs at the level of the soft palate, type II at the level of the palate and posterior tongue and type III at the base of tongue level.

Diagnosis of the level of airway obstruction can be difficult and techniques including sleep nasendoscopy and apneoa graph can be employed. Lateral cephalometric radiographs can be helpful for assessing the posterior airway space and perhaps more accurately 3D CT analysis of the airway can be performed. Mandibular advancement devices when successful can be suggestive of airway obstruction at the level of the tongue base. It is our experience, however, that more severe OSA is usually a multi-level problem and success is more likely therefore with a multilevel solution. 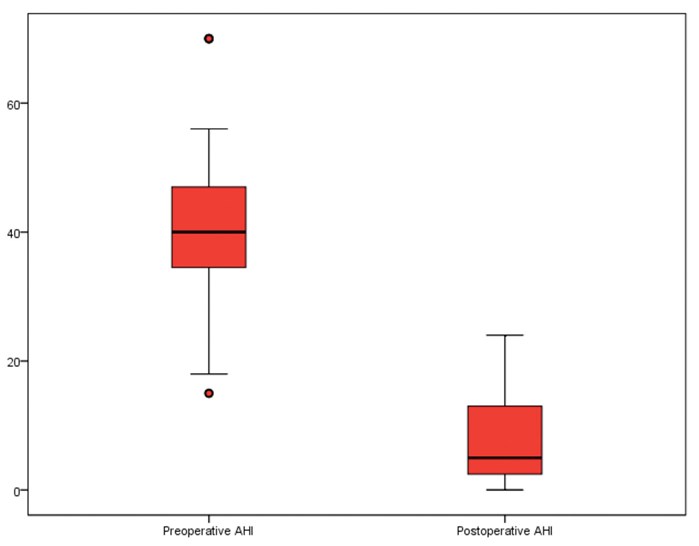 We believe that there is a misconception that the only patients likely to benefit from MMA for sleep apnoea are those with a retrusive mandible, that is, Skeletal Class 2 jaw relationship. This has not been our observation. In patients with OSA with a class 1 skeletal relationship we can maintain the presurgical occlusion whilst maximally advancing both the mandible and the maxilla – so in fact these can be the patients that are set to benefit the most in terms of airway improvement at the tongue base and the level of the palate. Advancing the mandible alone in a class 2 patient will not normally result in a satisfactory occlusion without an extensive period of preoperative decompensating orthodontics.

Interestingly one of the suggested potential problems with MMA has been the accompanying change in facial appearance. In fact, this has tended to be viewed positively by our patients as it can even have a rejuvenating effect on the appearance of the face, many feeling that they look younger postoperatively.

In our series 51 patients underwent MMA surgery for moderate to severe OSA. We compared preoperative and postoperative sleep study results in this group. The mean preoperative apnoea-hypopnea index (AHI) was 42 (SD 17) and this was reduced to mean postoperative AHI of 8 (SD 7) p<0.001. Similarly, the mean preoperative Epworth Sleepiness Score (ESS) was 14 (SD 4) and this decreased to mean postoperative ESS of 5 (SD 4), p<0.001. The mean oxygen nadir improved from 76% to 83%, p=0.006. The average age of the group was 44 years and the mean BMI was 28 (SD 3). All subjects in our series (100%) had an improvement in postoperative AHI and ESS scores when compared to baseline values. We noted that 85% of these individuals met the criteria for surgical ‘success’ (AHI <15 and 50% reduction in AHI), furthermore, 59% were found to have a postoperative AHI (<5) in keeping with surgical ‘cure’. A recent meta-analysis evaluating surgical outcomes following MMA using similar ‘success’ and ‘cure’ criteria as in our institution, reported a pooled surgical success rates of 86% and 43% respectively [9].

MMA surgery for severe obstructive sleep apnoea is an effective procedure that acts at multilevels. Success rates should be expected to be in the range of 75%-100% [9,10]. Patients who undergo MMA usually require two days of hospital stay, with the first night in a high dependency unit (HDU) for monitoring. Patients normally require two to four weeks off work after surgery. When considering that this single procedure represents a cure for OSA, the costs are likely to compare favourably with lifelong CPAP.

In order to address the increasing challenge of treating OSA effective alternative treatments have to be found. A task force was recently set up by the European Respiratory Society to look at the role of non-CPAP therapies in OSA. Their conclusions regarding MMA surgery, after a review of the literature, were that MMA surgery appears to be as efficient as CPAP in patients who refuse conservative treatment, in particular young patients without excessive BMI or other comorbidities [10].

There is, in our experience, a group of patients who have severe obstructive sleep apnoea that are unable to tolerate CPAP and are therefore exposed to all the associated risks and mortality of OSA. We have found that these patients are extremely keen to undergo this surgery and quite prepared to accept the risks of major skeletal surgery. 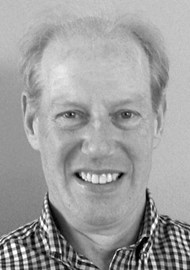 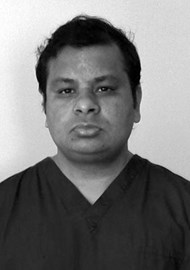