Facial surgery has a history stretching to antiquity, but its success depended on luck until medical science had advanced enough to deal with three major issues – infection, surgical shock from blood loss and good anaesthesia. It was not until the very end of the 19th century that surgeons were clear about the causes of infection, had begun to learn about fluid replacement and had ready access to chloroform, ether and nitrous oxide.

Sir Charles Bell, Surgeon and Anatomist in Napoleonic times, drew a series of diagrams of facial injuries in Spain and at Waterloo. In the American Civil War a series of photographs was made of ‘before and after’ soldiers injured in battle. But it was the First World War that provided, by virtue of the type of warfare, a large body of what one might term experimental material.

Surgeons on all sides of the conflict had perforce to manage facial casualties. But they worked in isolation on the whole. It was not until mid-1915 that this was to change. Harold Gillies, a 34-year-old New Zealand Ear Nose and Throat Surgeon working in London, was seconded by the Red Cross to supervise a French-American Dentist, Auguste Valadier, who was working at the 83rd General Hospital, Wimereux, near Boulogne. He realised that trench warfare was likely to produce large numbers of facial casualties, far more than in previous conflicts, and on his return to England lobbied the head of army surgery, Arbuthnot Lane, for a specialist ward at the Cambridge Military Hospital, Aldershot.

Here, Gillies drew together a team of surgeons, dentists, anaesthetists, artists, photographers and technicians and began to deal with injuries in a systematic fashion. He had access to old French and German texts, but found that many of the recommended procedures although reasonably easy to learn produced dreadful results. Thus he and his team had to develop their techniques from scratch. To ensure that casualties were not dispersed among general hospitals he had printed, at his own expense, special casualty tags for facial patients that would direct them to Aldershot. 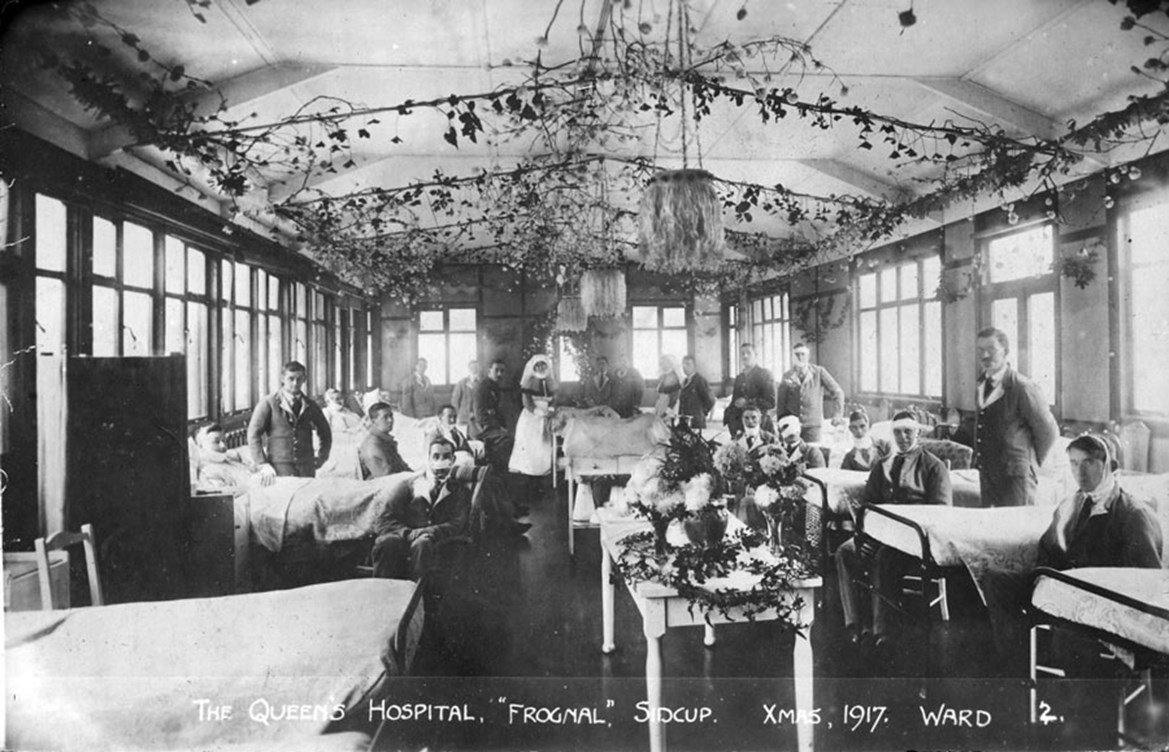 The first day of the battle of the Somme, 1st July, 1916, brought a flood of casualties that overwhelmed Gillies’ ward. As a result he and Lane agreed that a large, dedicated unit should be built, and Gillies had a large part in its design. Built in the grounds of a mansion near London at Sidcup, Kent, the hospital was opened in June 1917 and by the end of the war had, with its associated convalescent units, over 1000 beds (Figure 1). It is remarkable that the funding of the hospital was entirely from donations. Gillies had organised the transfer of Canadian, Australian and New Zealand units to the site, and over 5000 men were treated there. The expectation of American casualties led to the attachment of surgeons from the USA, but the war was to end before significant numbers had appeared.

At Sidcup and Aldershot many surgical techniques were to be developed. Both Gillies and Henry Pickerill, head of the New Zealand Section, would write books based on their experience, although Gillies’ book was more comprehensive and better organised [1,2]. Much of the learning was from experience; Gillies commented that it was harder to get a good case than to hide a bad one. The Sidcup unit was unique in concentrating so many men, and surgeons, in one place (Figure 2). In France and Germany, care for facial patients remained fragmented, and the advances in technique seen at Sidcup were not replicated. 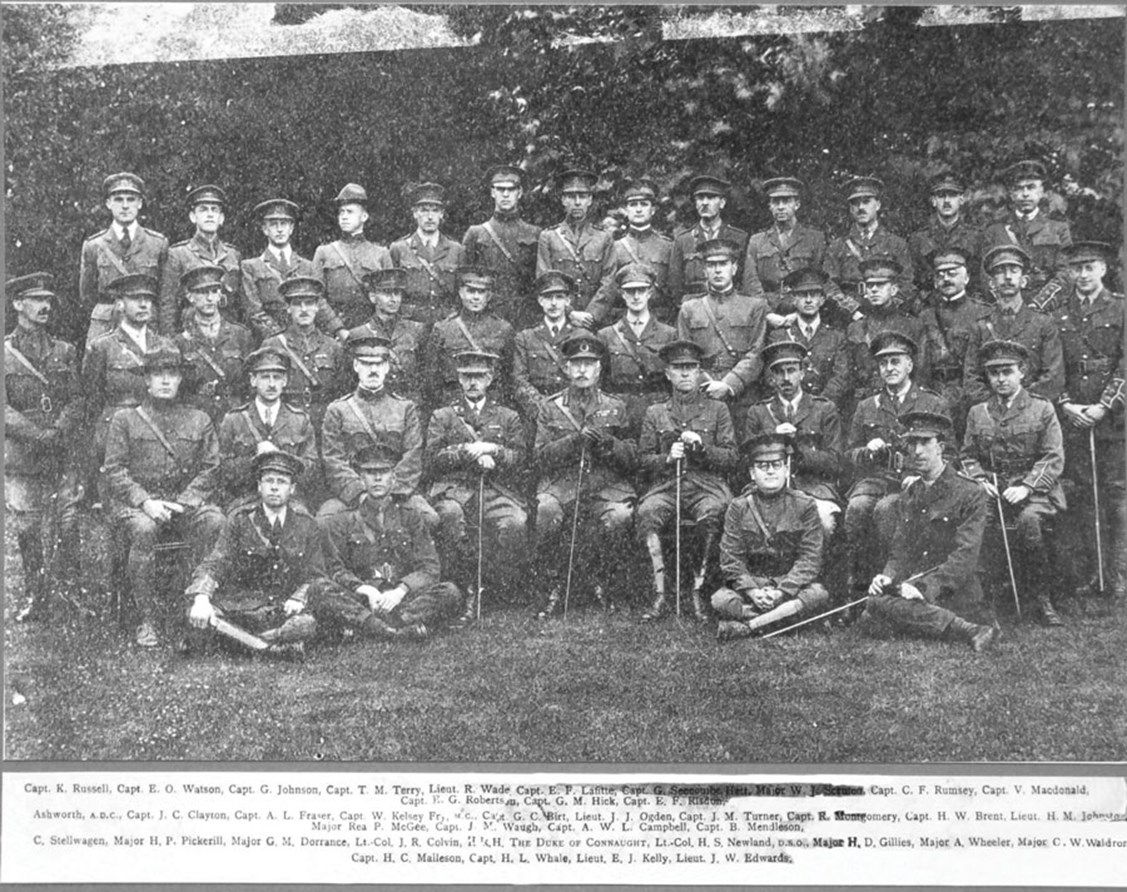 Figure 2: Group photograph of the hospital staff during a visit from the Duke of Connaught.

Although military medical records were kept postwar, they were destroyed by the Ministry of Pensions once pension calculations were complete. This cull has resulted in the absence of any primary material detailing military medical management – except for the notes from Sidcup, which Gillies had removed personally. The New Zealand and Australian contingents from the Queen’s Hospital took their notes home – and these too survived, although the Canadian records have been lost. Their rediscovery has enabled us to see and understand the totality of work at Sidcup and the development of techniques and principles. The notes contain large numbers of photographs and diagrams as well as illustrative x-rays, and serve to demonstrate the methodical and meticulous recording of operative procedures and consequences (Figure 3). 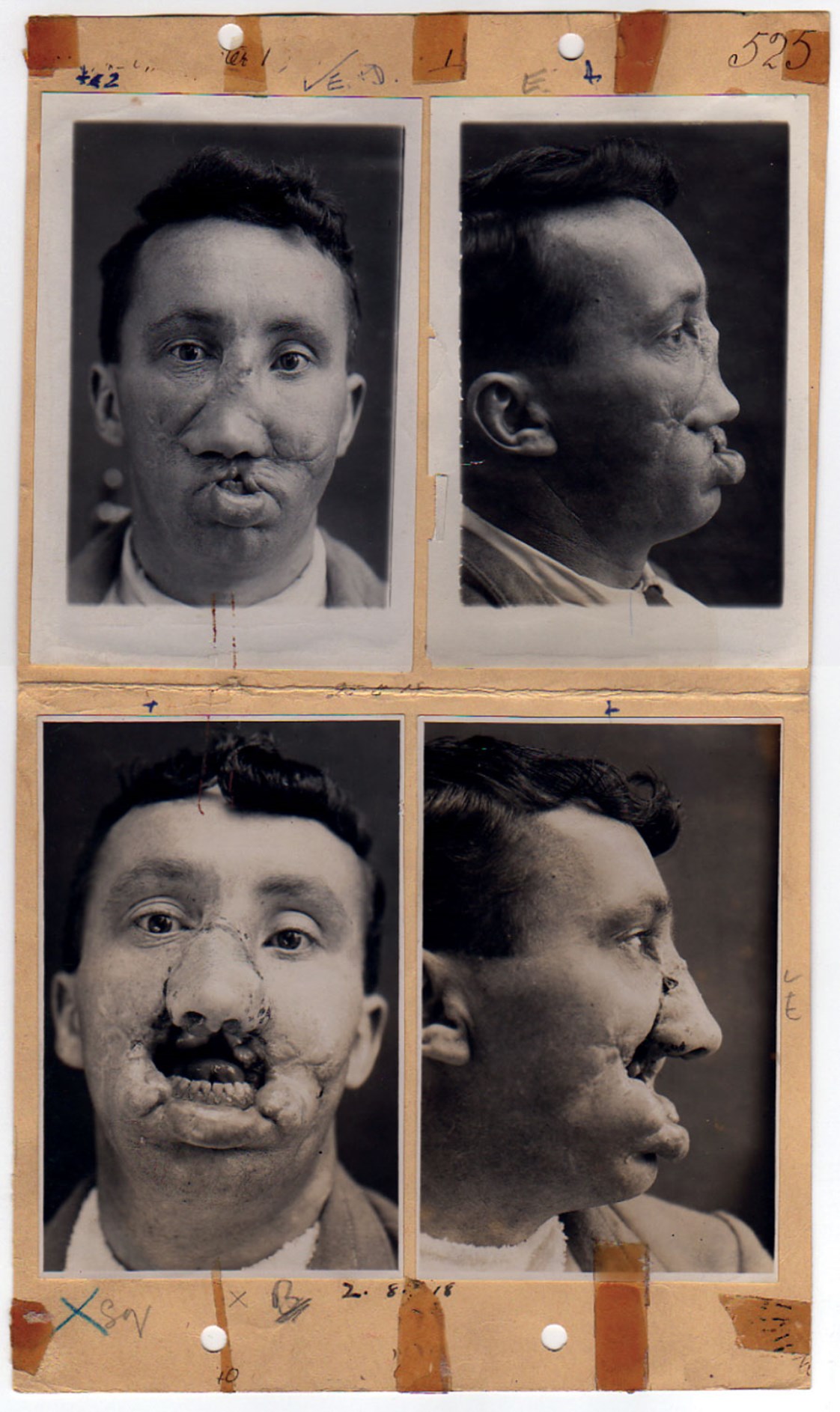 Figure 3: Series of photographs from the casenotes of Pte J Bell, whom Gillies cited as his example for the principle ‘Restore normal tissue to normal position’. The end result is dramatic. Courtesy of the Royal College of Surgeons, London.

Gillies based his 1920 book on the casenotes of his WW1 patients. He followed this up with a more comprehensive survey written with an American, Ralph Millard, in 1957, including much of his civilian experience and commenting upon genital reconstruction; he was the first to perform a female-to-male gender reassignment operation [3]. Looking at his work, it is striking that so much of it is original. Had he been constrained by the tenets of evidence-based medicine then much of it would have been impossible; to his own principles for plastic surgery he would have added another: ‘If there is no evidence base, then it must be created’.

Following the development of a website describing the work of the Queen’s Hospital, the casenotes have become a valuable source for researchers, students and writers [4]. In addition, contact was made with a number of relatives of patients, who have been able to provide valuable insights into the longer-term consequences of facial injury and disfigurement. The Sidcup unit did not just perform surgery; it also provided the base for a patient network and a significant (and sensitive) work rehabilitation service. Men were trained for occupations that might keep them out of the public’s gaze, thus sparing patients the common reactions of horror or disgust.

It is noteworthy that although the First World War is viewed today – from a distance – with disbelief, it is clear that even men who had sustained horrific injuries were often phlegmatic, and indeed many spoke of their military service with pride, saying that they would not have missed it for anything. This may reflect the mundane work from which men were plucked for a short life of excitement; there were some who, returning to their pre-war occupations, found it difficult to adjust (symptoms and signs of post-traumatic stress disorder are apparent) but others ended up, through their further training, in jobs they could not otherwise have dreamed of, and lived happy and fulfilled lives [5].

In France, a self-help group – Les Gueules Cassées – was established by a small number of injured soldiers, but no such group was set up in England after the War. At Sidcup, men went through their experiences together, and in large numbers, so such an organisation was unnecessary. New arrivals could be reassured by watching old lags. The hospital provided a highly supportive environment which enabled adjustment. The surgeons helped by providing men with copies of serial photographs so that they, and their families, might be able to remember how bad things had been at the beginning. While results were not always spectacular there were very few who ended up worse off.

The Sidcup surgeons dispersed after the War and took their expertise throughout the world. The Americans made the most of this; in Britain there were only two plastic surgeons until 1929, when Gillies and Kilner (who had also been at Sidcup) were joined by Rainsford Mowlem and Archibald McIndoe. Much of their work was private; the teaching hospitals were reluctant to introduce a new specialty. It was not until a military service had to be re-invented for the Second World War, and McIndoe’s ‘Guinea Pigs’ (who were, despite popular perception, mainly bomber crew rather than dashing fighter pilots) became notorious that plastic surgery developed a respectability beyond cosmetic surgery. But the principles outlined by Gillies as the key to successful surgery remain just as true today, despite advances in knowledge of the microcirculation and immunology, surgical technique and imaging, which have revolutionised management in a way that he could not have dreamed of, but would have embraced with enthusiasm [6]. 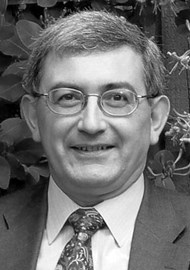