Vijay Pothula explains rhinoplasty’s roots in ancient Indian Ayurvedic medicine, and how it was introduced to the Western world.

In 1794 The Gentleman’s Magazine published a surgical operation which was long established in India but unknown in Europe [1]. A bullock cart driver with the English army in the war of 1792 was taken as prisoner by Tippoo, who cut off his nose and one of his hands. He had remained without a nose for more than 12 months when a new one was put in by a man from Brickmaker cast near Poona.

The operation, which was generally successful and has been practised in India from time immemorial, was fully described in the article; two medical gentlemen, Mr Thomas Cruso and Mr James Trindlay of the Bombay Presidency, had seen it performed. The artificial nose was described as secure and looking as well as the natural one, and the scar on the forehead was not very observable after a length of time. An engraving of the patient with the restored nose was included with the article, made from a picture painted on 17 January 1794, 10 months after the operation (Figure 1). 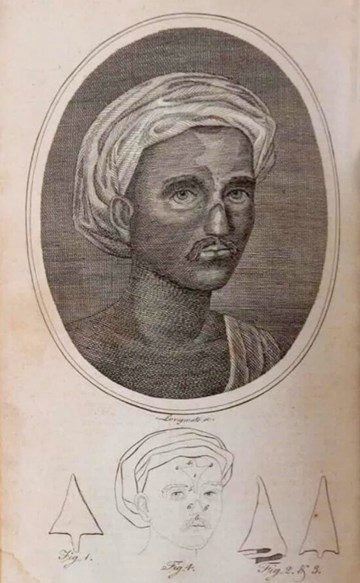 Figure 1. An article in The Gentleman’s Magazine in 1794 described the operation of making
a nose from a forehead flap, accompanied by an engraving of the patient with the restored nose [1].

This article generated significant interest in the Western world about the practice of medicine in India. A system of medicine called Ayurveda (knowledge of life) was practised in India in ancient times and is widely taught and practised even today. Ayurveda is based on two samhitas (collections) by Charaka and Sushruta. Both samhitas are written in Sanskrit, a mixture of verse and prose. Charaka was a physician and Charaka Samhita considers medical conditions, whilst Sushruta, who was a surgeon, wrote his Sushruta Samhita (SS), concentrating on surgical practices. The period that Sushruta belongs to is contentious but he is reported to have lived anywhere between 1000 BC and 1000 AD [2].

“The principles of Ayurveda depend on three types of humours - vayu (wind), pitta (bile) and kapha (phlem) - which maintain the balance in a human being”

The writings of ancient India were on birch bark, palm leaves and banana leaves, none of which have survived the climate, rains, wars and insects [2]. Invaders burnt the libraries which are believed to have existed in universities at cities like Banares, Nalanda and Taxasila.

However, in 1890 the British Lieutenant, Hamilton Bower, was sent with some troops to capture an assassin called Dad Mohomed (charged with the murder of Andrew Dalglish, a Scotsman camping in Karakorum mountains, North of Kashmir). Bower arrived and camped near Kucha (Xingiang) when he bought some old manuscripts and artefacts found by treasure hunters [3]. These manuscripts were translated by Rudolf Hoernle in 1897 [4]; whilst they did not contain Sushruta Samhita, references were made about Sushruta as one of the sages, contained some excerpts similar to treatises in Charaka and Sushruta Samhita. Experts have dated this manuscript based on script and language between 470 and 530 CE. This has given credence to the theory that the practice of Ayurveda existed much before that.

The principles of Ayurveda depend on three types of humours - vayu (wind), pitta (bile) and kapha (phlem) - which maintain the balance in a human being, and derangement of these humours will result in disease. According to Kaviraj Bhishagratna [4], this translation into English as wind, bile and phlegm is erroneous and functionally the humours are sustentative, generative and correlative respectively. Bhishagratna has given wide explanations about each of these humours. Sushruta

Samhita is written in 120 chapters, divided in to five subdivisions: Sutra Sthanam (definitive aphorisms), Nidana Sthanam (aetiology), Saristhanam (anatomy and physiology), Chikitsa Sthanam (therapeutics), and Kalpa Sthanam (poisons and antidotes). The sixth supplementary section, Uttara Tantrum (diseases of eyes, ears, nose and head) was redacted by Nagarjuna, a famous Buddhist philosopher believed to have lived in fourth century BC, and SS may have been written before that [5].

This book describes not only the principles and practice of surgery, surgical appliances (Yantras) and their use, and how to prepare medicines, but also how surgery should be learned by the pupils by practising on vegetables and animals, and studying anatomy of human bodies before practising on patients. For example, mode of dissection: a dead body selected for this purpose should not be wanting in any of its parts, should not be a person who had lived up to too old an age or one who died from any protracted disease, or of poison. The excrement should be first removed from the entrails and the body should be left to decompose in the water of a solitary and still pool, and securely placed in a cage (so that it may not be devoured by fish or drift away) after having covered it entirely with the outer sheaths of Munja grass, Kusa grass, hemp or bound with a rope etc. After seven days the body would be thoroughly decomposed, when the observer should slowly scrape off the decomposed skin etc. with a whisk made of grassroots, hair, Cusa blade or with a strip of split bamboo, and carefully observe with his own eyes all the various organs, external and internal, beginning with the skin, as described before [6].

Diseases of ear, nose and throat are discussed in Sutrasthanam [5]: how to pierce, repair and reconstruct lobules of ear, and rhinoplasty using cheek flaps. Nidanasthana discusses Goitres, diseases of oral cavity, throat and larynx, tongue, tonsillitis and peritonsillar abscess, and Sharirasthana discusses anatomy of the human body and marmas (vital parts of the body which should be carefully protected) [6]. Uttaratantra addresses in detail diseases of ear, nose, sinuses, management of hoarseness and diseases of the head [7].

Sushruta recognised that optimal health could be achieved by harmony of the mind and body and maintaining the balance of humours. However, despite a different philosophical approach to today, detailed description of surgical principles and procedures, anatomical knowledge, diagnostic techniques and holistic treatment approaches, including pedicled flaps for reconstruction of ear lobules and rhinoplasty, is given in this compendium. This demonstrated the advanced knowledge our predecessors possessed at that time. 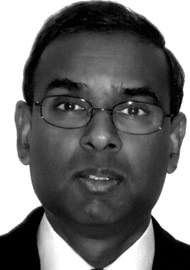