Prednisolone and/or acyclovir for Bell’s palsy
By Stuart Burrows

Facial nerve paralysis as a consequence of Bell’s palsy can result in devastating long‑term effects on a patient’s appearance. What is the best medical treatment for this condition? Stuart Burrows provides his appraisal of this landmark paper from the New England Journal of Medicine.

The quality of the methodology and results of this study are difficult to challenge, and this is why it is considered a landmark paper for the management of a Bell’s palsy to this day. It reports a randomised, double-blind, placebo-controlled trial for patients who developed a Bell’s palsy.

Recruitment occurred within 72 hours after the onset of symptoms. Patients were randomly assigned to receive 10 days of treatment with prednisolone, acyclovir, both agents, or placebo. The difficulty, at times, is how to translate a study like this into clinical practice.

The paper concludes that there is no statistical benefit in adding oral acyclovir to a course of oral prednisolone when a patient with confirmed Bell’s palsy, as determined by senior review, is commenced within 72 hours of onset of the facial palsy. 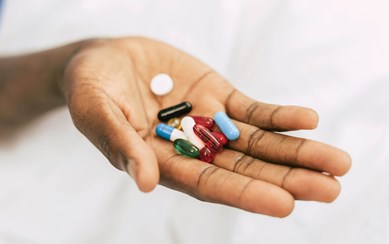 When reading this paper, there are several things I considered:

There has been little to add to the literature since this paper was published. In particular, there have been no randomised controlled trials reported. The twice-daily dosing of prednisolone is an interesting dose regimen. I have previously asked one of the authors why this was, and it was at the recommendation of the pharmacist consulted. I have not worked in a department where twice-daily oral prednisolone is prescribed and I am unaware of any other studies looking at Bell’s Palsy where this dose regimen has been used. Having said that, the benefit from oral prednisolone has been confirmed by a number of studies.

Bell’s palsy is a diagnosis of exclusion. If we misdiagnose a case of Ramsay-Hunt syndrome there is an increased risk of poor outcome. Ramsay-Hunt has a 50% risk of long-term postherpetic neuralgia and the chances of functional recovery of the facial nerve are less. The literature suggests that 14% of Ramsay-Hunt patients do not have vesicles at first presentation, and it can take two to three days for vesicles and the rash to develop. The question is, then, are the risks of complications from a missed diagnosis greater than the risk of complications from giving an antiviral? Based on safety profile of acyclovir in this paper, I would argue that the risks of not giving antivirals are higher than giving them. There is no statistical difference in the number of complications in each of the study arms and there were no significant complications in the arm of the trial where acyclovir and prednisolone were given in combination.

Implications for practice and research

Although in this study, there is no evidence of benefit for giving acyclovir along with prednisolone, one of the big challenges is the level of confidence a clinician can have that the diagnosis of Bell’s Palsy is correct. The initial assessment is often made by a non-specialist. There also has been more recent evidence to suggest that more severe palsies (House-Brackman V and VI) at presentation may benefit from the addition of antivirals. Will adding acyclovir be a significant imposition on the patient or health system? The course of treatment in the study was 10 days long and the cost of acyclovir (400mg, five times daily for 10 days) to the NHS (BNF 2021) is currently £3.59.

“The short treatment period and low cost of the drug mean that I have low threshold to recommend giving both acyclovir and prednisolone, unless there are contraindications”

To sum up my appraisal of this paper, in the absence of an increase in complications by adding acyclovir, the short treatment period and low cost of the drug mean that I have low threshold to recommend giving both acyclovir and prednisolone, unless there are contraindications. 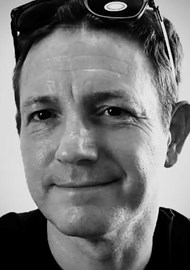