Submental fat (SMF) is a growing aesthetic problem that is colloquially known as a ‘double chin’. It is a concern for both younger and older male and female patients.

The 2017 American Society for Dermatologic Surgery Consumer Survey on Cosmetic Dermatologic Procedures indicated that 73% of respondents were bothered by “excess fat under the chin / neck” [1]. For many years, surgical liposuction was the mainstay for reduction of SMF. While liposuction is an effective and reliable treatment, many patients may not wish to undergo surgery given the significant cost, post-procedure recovery time, and risks such as bruising, bleeding, infection, scarring and neurological complications [2]. Given the rising patient demand in having this excess localised fat reduced, non-invasive methods have become increasingly available, and include injectable chemical adipocytolysis with deoxycholic acid (i.e. Kybella), cryolipolysis using the CoolMini handpiece, and radiofrequency (RF)-assisted contouring device (i.e truSculpt). The ideal candidate for these treatments are patients with a moderate to large amount of preplatysmal submental fat and no more than moderate laxity of the surrounding skin. In this article, we will review these three clinical procedures.

ATX-101 (deoxycholic acid injection; Kybella in the United States and Belkyra in Canada; Allergan plc, Dublin, Ireland) has been extensively studied and is the first aesthetic injectable approved in 2015 by the Food & Drug Administration (FDA) for reduction of moderate to severe convexity or fullness associated with submental fat [3]. ATX-101 is a low dose formulation of a purified synthetic version of deoxycholic acid (active ingredient) that causes focal adipocytolysis – the destruction of adipocytes while leaving surrounding tissue largely unaffected [4]. The destruction of fat cells provokes a local tissue inflammatory response that involves fibroblast infiltration, increased localised neocollagenesis, and macrophage recruitment to eliminate lipids and cellular debris [5].

Four randomised, double-blind, placebo-controlled Phase 3 trials evaluated the efficacy and clinical safety of ATX-101 [6-9]. In these studies, ATX-101 was injected at one-month intervals for up to six treatments, and efficacy was assessed at 12 weeks after the final treatment. The first two trials conducted in Europe showed significant improvement in SMF reduction after injection of ATX-101 based on both the validated Clinician-Reported and Patient-Reported SMF Rating Scales [6-7]. ATX-101-treated subjects showed no worsening of skin laxity, and reported improvement in the psychological impact of SMF and satisfaction with treatment. Similarly, two additional trials conducted in the United States and Canada – REFINE-1 and REFINE-2 – showed similar results (70% and 66.5% of ATX-101-treated patients versus 18.6% and 22.2% of patients treated with placebo, respectively). Additionally, in the REFINE trials, magnetic resonance imaging showed an objective measurement of submental fat reduction after ATX-101 injections [8-9]. Long-term follow-up of subjects treated in the clinical trials has revealed that SMF reduction achieved with ATX-101 treatment is maintained over time.

Prior to treatment, patients must be instructed to smile to identify asymmetry of the lower face and this should be noted in their chart. Furthermore, patients with current or prior history of dysphagia should be ruled out. Lastly, physicians should confirm that submental fullness is due to excess subcutaneous fat rather than another cause (e.g., thyromegaly, cervical lymphadenopathy) [10].

Common adverse reactions include injection site oedema / swelling, haematoma / bruising, pain, numbness, erythema and induration [3]. Patients should be advised that these adverse effects are expected reactions to injection of ATX-101, and are generally self-limited. Rarely, temporary marginal mandibular nerve paresis (resolves spontaneously over weeks to months) can also result from ATX-101 injection. Thus, anatomic understanding and careful marking of the key external landmarks of the cervicomental region are necessary to make sure proper placement of ATX-101 injections into the target preplatysmal fat compartment and to avoid complications. Lastly, recent case reports discussed transient non-scarring alopecia in the submental area in two male patients localised to deoxycholic acid injection sites. The mechanism of the hair loss is not known yet, however, this potential side-effect should be discussed with patients and carefully considered by injectors before administration of deoxycholic acid in male patients [11].

Cryolypolysis (Allergan plc, Dublin, Ireland) for the selective destruction of fat cells is a novel non-invasive technology that uses controlled cold exposure to effect a gradual reduction of the subcutaneous fat layer using natural thermal diffusion, without damage to other tissues. Initial hints that fat cells are preferentially sensitive to cold exposure included two clinical entities – popsicle panniculitis [12] and equestrian panniculitis [13]. These findings motivated animal and clinical studies to explore the link between cold exposure and selective fat destruction. Manstein et al. [14] performed initial animal experiments and found the reduction in the fat layer was 33% with cryolipolysis based on ultrasound measurements and pathologic specimens. There was no evidence of surrounding skin injury. The reduced fat layer was preceded by an inflammatory response triggered by cold-induced apoptosis of adipocytes and subsequent phagocytosis of the lipids. Clinical studies in humans demonstrated an average fat layer reduction of 22.4% at four months post-treatment, and confirmed that cryolipolysis resulted in a visible contour change, with the best cosmetic results noted in those patients presenting with modest and discrete fat bulges [15]. Non-invasive cryolipolysis for subcutaneous fat reduction does not affect serum lipid levels or liver function tests [16].

Coolsculpting has been approved by the FDA for treatment of excess fat in the flanks, abdomen and thighs. More recently, in 2016, Kilmer et al. investigated the use of a prototype small volume vacuum cup applicator (CoolMini handpiece) to reduce submental fat [17]. The study involved 60 subjects who underwent one or two treatments in the central submental area performed six weeks apart (59 subjects received two cooling cycles, and one subject received one cooling cycle). The procedure was well tolerated. The primary efficacy endpoint of at least 80% correct identification of the pre-treatment images was met. Furthermore, ultrasound data showed mean fat layer reduction of 2.0mm. The majority of the study patients noted visible fat reduction and were highly satisfied with the treatment. To further optimise the submental treatment protocol, Bernstein and Bloom recently studied the safety and efficacy of cryolipolysis for reduction of lateral and central submental fat [18]. In this study, 14 patients received bilateral, overlapping small-cup applicator treatment cycles (with approximately 20% treatment area overlap) for submental fullness. Three-dimensional imaging found a mean reduction in fat volume of 4.82cm3, skin surface area of 1.29cm2 and fat thickness of 3.77mm. At the end of the study, 13 participants (93%) were satisfied with the cryolipolysis treatment.

There are three contraindications for cryolipolysis – cryoglobulinemia, paroxysmal cold hemoglobinuria and cold agglutinin disease [19]. Side-effects of the cryolipolysis of submental area typically are self-limiting, and include erythema, oedema, numbness and tingling, bruising, sensitivity, itching, and mild tenderness [19]. Lastly, there have been reports of paradoxical adipocyte hyperplasia (PAH), which is visibly enlarged tissue volume within the treatment area, and may develop two to five months after treatment.

The incidence of PAH has been reported to be about one in 20,000 treated patients or 0.0051% of patients [20]. Surgical intervention such as liposuction, may be required for correction.

TruSculpt (Cutera Inc., Brisbane, CA), is a non-invasive RF technology that delivers deep heating to adipose tissue for body sculpting and fat reduction. It has been used in SMF reduction, and a single-centre prospective study involving 21 patients evaluated efficacy and safety of the device for this particular indication [21]. Patients received two treatments with truSculpt administered one month apart. At one and six months follow-up, 82.3% and 52.9% of patients showed improvement on physician assessment, respectively. The submental circumference and thickness showed a statistically significant reduction after treatments. Common adverse events (AE) noted were pain, erythema, oedema and vesicle formation. All AEs were self-resolving. There were no significant adverse effects such as scars or hyper / hypopigmentation.

ATX-101 (Kybella), cryolipolysis with the CoolMini handpiece, or RF-assisted contouring device (truSculpt) can be used independently, or can be combined together for noninvasive SMF reduction.

Declaration of competing interests: Mathew Avram is a consultant for Allergan. 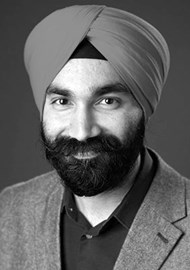 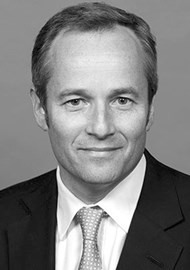