The average age for getting a professional tattoo was 18, while for an amateur tattoo it was 14 [3].

The most important characteristic for the doctor who has to remove the tattoo is the depth of the ink and the kind of pigment used by the tattooist. The US Food and Drug Administration lists tattoo inks as “colour (sic) additives”, and since ink manufacturers are not required to provide buyers with a precise list of ingredients, tattooists, patients and doctors may not know the specific composition of a given tattoo, thus making it even more difficult to remove [4].

Which technique should one choose?

After having a tattoo done, the ink particles are found within large phagosomes in the cytoplasm of both keratinocytes and phagocytic cells, including fibroblasts, macrophages and mast cells. At one month, aggregates of ink particles are present within basal cells, while, within the dermis, pigment-containing phagocytic cells concentrate along the dermal-epidermal border below a layer of granulation tissue. After one month, transepidermal elimination of ink particles is still ongoing and continues until the re-establishment of the basement membrane. After three months, ink particles are found only in dermal fibroblasts, predominantly in a perivascular location, beneath a layer of fibrosis that has replaced the granulation tissue [11]. Tattoos often turn opaque, bluish and less sharp and fade with time, presumably following the shift of ink particles deeper into the dermis as shown in biopsies performed on older tattoos [12].

Several tattoo-removal methods have been tested. Some outdated techniques removed the pigment through decortication, while the subsequent exudative phase would allow the pigment to migrate to the surface of the wound, which was then absorbed and expelled medically. Thermal cauterisation or electrocautery or electrophorism was an equally crude and unpredictable method, as was cryotherapy (using liquid nitrogen at -196°C).

Even caustic chemicals such as phenol or trichloroacetic acid, combined with preliminary injections or incisions, have been used to remove tattoos causing hypopigmented scars. Tattoo removal has also been attempted through mechanical tissue destruction (dermabrasion). Small tattoos located in areas of adequate skin laxity were removed satisfactorily by simple surgical excision.

The first medical lasers developed for tattoo removal were known as continuous wave (CW). Although this continuous laser beam can actually destroy tattoo ink, its use has been limited because the high energy ablates the target and also destroys tissue structures, causing unwanted collateral damage, including hypertrophic scars.

Two CW devices that have been used to remove tattoos are the CO2 laser, and the argon laser. The relatively low emission intensity of argon lasers results in inefficient pigment removal, requiring multiple treatment sessions with a high incidence of hypertrophic scars. With the CO2 laser, the tattoo pigment is removed by direct vaporisation of the tissue, via a transepidermal route during the exudative healing phase. Dermal tissue is replaced by fibrosis and scar tissue, and although acceptable results can occasionally be achieved, there is always a high degree of unpredictability and scarring often forms. The principle of selective photothermolysis developed through the Q-switched laser systems operating in the nanosecond regime, with pulse durations. This system allows tattoo removal while minimising the risk of cicatricial outcomes. The chromophore is heated rapidly, with rapid thermal expansion of the target which is broken down photo-acoustically. 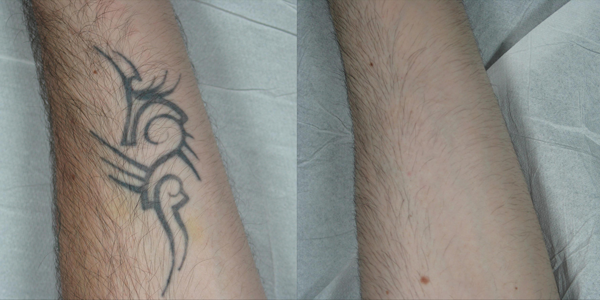 Figure 2: A) Before starting treatment. B) The results
achieved after five Q-switched 1064nm laser sessions. 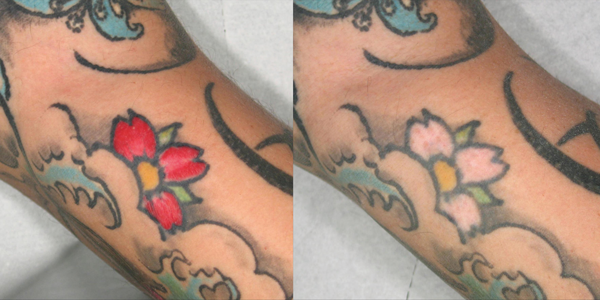 Figure 3: A) Before starting treatment on the red area.
B) The results achieved after four Q-switched 532nm laser sessions. 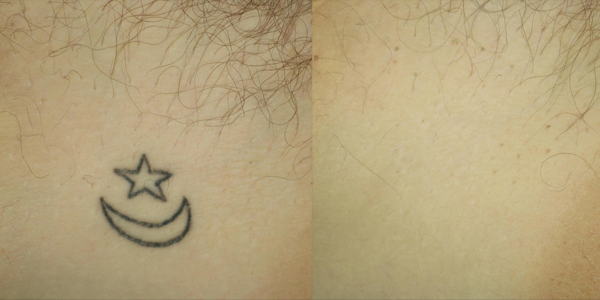 Figure 4: A) Before starting treatment. B) The results achieved
after four Q-switched 1064nm laser sessions. 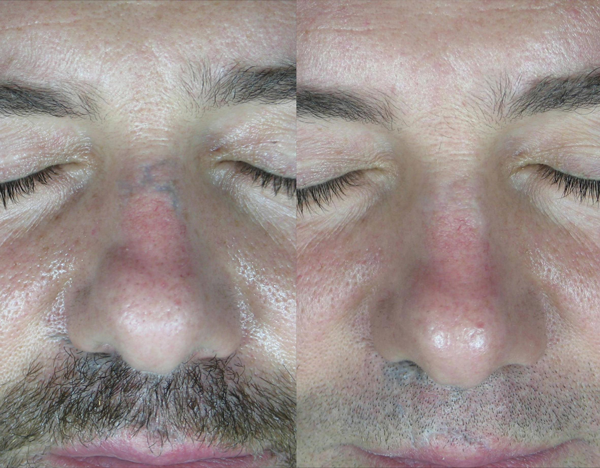 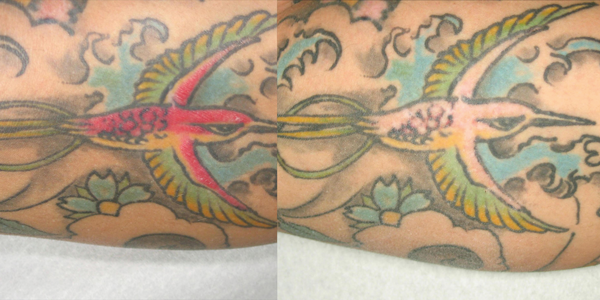 Figure 6: A) Before starting treatment on the red area.
B) The results achieved after five Q-switched 532nm laser sessions.

Our study enrolled 35 subjects, 24 males and 11 females aged 20 to 59 years, Fitzpatrick I-III phototype, with single- or multicoloured tattoos, traumatic tattoos, decorative tattoos, located in various anatomic sites, which were treated with 532 and 1064 nm Nd:YAG Q-switched laser wavelengths with square spot size (SynchroQS4, Deka Mela, Italy). Patients were enrolled according to the following criteria: skin type, clinical symptoms, health conditions, use of drugs, lifestyle, clinical assessment of their tattoos and after filling out the informed consent. Other inclusion criteria were discontinuation of oral photosensitising drugs or retinoids for at least eight months, and at least eight months since surgery. Exclusion criteria were inflammatory diseases, pregnancy or lactation, systemic diseases, photosensitivity, risk of hyperpigmentation or formation of keloids.

The treatment protocol involved a mean interval between sessions of at least 60/90 days, as well as a preliminary test performed on a portion of the tattoo. A dynamic cooling system with a jet of cool air was used throughout the laser sessions to reduce intraoperative pain. During each treatment session, a single passage was performed using a Q-switched laser at 1064nm for black / blue tattoos, and a Q-switched laser at 532nm for red / orange tattoos. Immediately after laser treatment, all patients were given a cold compress with a gauze soaked in saline solution, which reduced pain and any other side-effects. Patients received four to ten treatments, at intervals of eight to 12 weeks. All patients were told, for the immediate post-surgical period and until full normalisation of the skin, to apply an antibiotic cream that would reduce the formation of scars, to avoid exposure to the sun and to apply a total sun-protection cream from day 15 onwards. Immediately after each treatment and in follow-up, each patient underwent an optical evaluation with digital clinical photography and multispectral diagnostics. During follow-up, all patients were asked to subjectively evaluate the overall results achieved on the following scale: dissatisfied, not very satisfied, satisfied, very satisfied. Their feedback was processed through clinical and instrumental evaluations and produced results divided into four categories.

Patients undergoing Q-switched laser removal showed a reduction of the tattoo pigment, which in many cases completely disappeared, overall improvement in skin pigmentation, absence of permanent atrophic or hypertrophic cicatricial outcomes and absence of dyschromia. Twenty-six patients (74.3%) showed complete disappearance of the tattoo without side-effects or complications (Category 1), six patients (17.2%) showed disappearance of the pigment with accentuation of transient adverse side-effects (Category 2), two patients (5.7%) showed non-definitive removal of pigments (Category 3) and one patient (2.8%) achieved poor results (Category 4). Thirty-two patients (91.4%) were “very satisfied”, two patients (5.8%) were “not very satisfied”, and only one patient (2.8%) was “dissatisfied”. After the Q-switched laser sessions, six of the Category 2 patients showed swelling, punctiform bleeding, vesicle formation and itching.

The principle of selective photothermolysis has revolutionised tattoo treatment [13]. Selective photothermolysis affects structures using a specific wavelength. If a wavelength is well absorbed by the target and the pulse duration is equal to or less than the target’s thermal relaxation time (the time it takes for a given target chromophore, e.g. a tattoo pigment, to lose 50% of its absorbed thermal energy), the heat generated should be limited to the target. After Q-switched laser treatment, a small portion of ink may partially extrude through the scab that forms following epidermal damage. A greater percentage of pigment may be broken, released into the extracellular space, and eliminated in the lymphatic vessels or taken up by phagocytes as residual laser-ablated particles, possibly with altered optical properties. With the advent of Q-switched lasers operating in the nanosecond regime (billionths of a second), the possibility of removing tattoos without scarring has become reality.

Because of the wide variety of different tattoos, the number of Q-switched laser treatments needed to remove one cannot be accurately estimated. The Kirby-Desai scale [14] now helps better define the prognosis regarding the possibility of and time needed to remove a tattoo. This scale takes six different factors into account (the Fitzpatrick phototype, the anatomical location of the tattoo, the amount of ink present, whether the tattoo had been layered, retouched or covered, the presence of scarring from initial ink placement and the number of colours in the tattoo); an algorithm then assigns a score to each of the six different factors. The total score provides a more accurate estimate of the number of laser sessions that will be needed to remove the tattoo and how satisfactory the removal is likely to be.

The Q-switched laser’s mechanism of action is based on getting the pigment located within the fibroblasts to absorb photons. Reducing the size of pigment particles and the breakdown of pigment-containing cells is probably due to rapid thermal expansion, shock waves and localised cavitation.

The fluence delivered by the lasers should be sufficient to produce immediate white frosting. Purpura and punctiform bleeding are the most likely forms of indirect vascular damage caused by the photoacoustic waves that are generated by the interaction of the laser with the pigment. The Q-switched lasers that can be used for tattoo removal are the Ruby, the Nd:YAG and the Alexandrite systems, as well as 585nm and 650nm dye laser systems. Direct comparison between Q-switched lasers is difficult because the different treatment parameters, including spot and fluence measurements, are difficult to standardise and do not allow conclusive assessment. In general, Ruby lasers at 694nm wavelengths are considered effective for treating blue, black and green pigments but are more likely to cause unwanted pigmentary alterations, as the beam is also absorbed by melanin and other skin targets and can therefore lead to postoperative hypopigmentation, especially in dark-skinned subjects [15].

The QS Alexandrite laser effectively uses a 755nm wavelength that acts on blue, black and green pigments. The laser beam is also absorbed by melanin and can also lead to postoperative depigmentation. The QS Nd:YAG laser, on the other hand, uses a combined emission at wavelengths of 1064 and 532nm. The 1064nm beam selectively removes the dark pigment in the dermis with minimal involvement of melanin. In addition, the 532nm beam acts on red and brown pigments [16].

Dye laser hand pieces have been developed to fit also onto the end of the articulated arm of the Nd:YAG laser to produce additional 585nm and 650nm wavelengths and treat both blue and green tattoos, although with relatively small spot sizes. This technology makes it possible to equip the Q-switched Nd:YAG laser system with four wavelengths, without needing to purchase another laser system. Optimal treatment intervals are a key component and are still poorly understood in tattoo removal. Treatment at one-month intervals may interfere with macrophage activity, as macrophages and fibroblasts containing pigment are themselves the targets of laser light [17].

In our experience, we have noticed that patients who have significantly longer intervals between sessions get better results than patients undergoing more frequent treatment. In order to achieve a balance between patient satisfaction and optimal clinical outcome, the current recommendation is to treat at intervals of at least seven to eight weeks between sessions, unless a longer recovery period is required for the tissues. Our experience has shown that adverse events following laser tattoo removal are often caused by patient failure to comply with post-treatment instructions. Unwanted pigmentary alterations [18] may include hyper- and hypopigmentation. Permanent changes to skin texture, scarring, hypertrophic scars and keloids are rare and are in any case reported in the literature. Compared with previous tattoo removal methods, Q-switched lasers have enabled great improvements to be made and are now regarded as the gold-standard treatment. 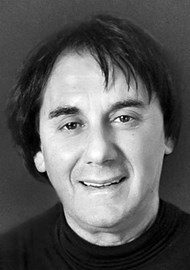 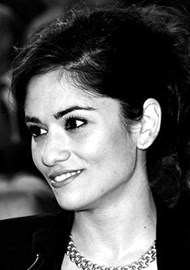 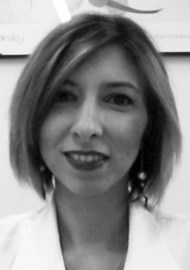