Do You Know Your Advertising Standards?
By Lorna Jackson

Over the last couple of years we have seen many organisations, including the British Association of Aesthetic Plastic Surgeons (BAAPS) seek to ban or at least rein in some of the advertising practices which go on in this industry [1]. Aside from those championing a full-on ban, as seen already in France, the main industry sentiment has long been the voluntary avoidance of irresponsible advertising which trivialises the medical nature of cosmetic enhancement.

The April 2013 review into the Regulation of Cosmetic Interventions in England, overseen by Sir Bruce Keogh, included exactly such guidance. The recommendations stemming from the report highlighted that advertising practices should be ‘socially responsible’ and avoid financial inducements, time limited deals or competitions for cosmetic interventions [2]. Although the Department of Health has yet to respond to this review (at the time of writing), the organisations responsible for advertising standards have reacted.

No matter what your view, it’s a simple fact that every cosmetic surgery or medical aesthetic business WILL advertise their services in some way and is likely to NEED to advertise in order to gain new clients for their practice. It is naïve to think otherwise.

The trouble is, no matter which method(s) of advertising used to promote cosmetic treatments, from websites and social media to posters and magazine adverts, even direct marketing such as emails and printed brochures, rules do apply and it’s important for cosmetic practitioners to know them so as not to get caught out.

In the UK, the British Code of Advertising, Sales Promotion and Direct Marketing (the Code) is the rule book for non-broadcast advertisements, sales promotions and direct marketing communications. The Committee of Advertising Practice (CAP) is the self-regulatory body that creates, revises and enforces the Code; and the Advertising Standards Authority (ASA) is the independent body set up by the advertising industry to police the rules laid down in it. The Medicines and Healthcare products Regulatory Agency (MHRA) also polices the advertising and promotion of licensed medicines through UK legislation, and has published guidance on the legal requirements for this in its Blue Guide [3].

In general, all advertising must not mislead, make unrealistic claims or claim anything that cannot be substantiated if required. This also applies to the use of ‘before and after’ photos, which should be genuine patients, with proven consent, unadulterated images and be direct representations of a treatment being advertised.

The ASA reactively investigate complaints made to them about advertisements and if an advert is judged to be in breach of the Code, then they will request that it is withdrawn or amended for future use.

Claims used in advertising such as ‘a / the leading clinic’ are likely to be seen to refer to the clinic and not just to the doctors or surgeons employed. You should therefore be able to demonstrate that the clinic itself has qualities, such as a proven track record, outstanding facilities and support staff, that would put it above most or all other clinics.

The same applies to medical practitioners; be wary of terms such as ‘qualified’, ‘highly qualified’, ‘fully qualified’, ‘experienced’, ‘skilled’, ‘leading’, ‘foremost’, ‘specialist’, to name but a few phrases, as all require demonstrable evidence which could be overlooked all too easily.

Worth also noting is that surgeons may be described in advertising as ‘cosmetic surgeons’ if they have chosen to specialise, and have received training and gained experience in plastic surgery, oral and maxillo-facial surgery, ENT or ophthalmological surgery.

“Advertising must not mislead, make unrealistic claims or claim anything that cannot be substantiated if required.”

Most clinicians would agree that it would be misleading to claim that invasive surgery is a ‘minor procedure’. Similarly, when advertising one must not imply unrealistic claims in relation to the complexity or duration of an operation, the pain which will be experienced by the patient either during or after the operation, the length of the recovery time or the potential side-effects, as well as the outcomes achievable.

Illustrative examples include a) the permanent removal of localised areas of fat through liposuction will prevent subjects from gaining fat elsewhere, b) that tattoos can be removed ‘without trace,’ or that c) surgically replaced hair will last permanently.

But can a procedure be described as non-surgical? Well the simple answer is yes; if it is being used to distinguish between the surgical and non-surgical procedures offered by a clinic, however, options such as laser lipolysis, which is not, in itself, surgical cannot be described as ‘non-surgical’ or ‘non-invasive’ within advertising material [4].

Offering sales promotions in relation to cosmetic interventions is a murky area and one repeatedly highlighted in the Keogh review. Of course, any sales promotion is going to be run for a finite period of time which thus makes it by default a time limited deal.

CAP advises that such time periods should not put undue pressure on consumers to take up an offer. Promotions should also be advertised in such a way that they cannot be seen by someone close to the closing date who had not see the promotion at the time of its launch. Concepts such as countdown clocks and ‘Hurry, offer must end Friday’ should be avoided. Care should be taken to make sure a promotion would not encourage someone to undertake unnecessary or unwanted procedures due to package deals or loyalty schemes.

Botulinium neuro-toxin type A (BoNTA) is a prescription-only medicine (POM) which cannot be advertised to the public, so the promotion of BoNTA, whether direct or indirect is likely to breach both the CAP Code and medicine legislation [5]. Being ‘sneaky’ and thinking that you’re not ‘really’ mentioning it won’t work either, as the following example demonstrates. The daily deal site Groupon tried to claim that one of their adverts related to a dermal filler treatment when the terminology used in the advert stated “facial injection treatments on one, two or three areas” and “choice of crow’s feet, between the eyebrows and forehead area”. Needless to say, the ASA did not buy that argument and deemed it to be indirect promotion of BoNTA [6].

The MHRA has issued guidance entitled ‘Advertising of Medicines: Guidance for consumer websites offering medicinal treatment services’, which highlights its advice for those wishing to include information about POMs on their website [7]. They request that there be no reference to named POMs on the homepage, no hover text (tool tips), small print, hidden text or icons / logos naming a POM and that links from the homepage may refer to conditions but not to the POM itself. Additionally, the website URL should not include the POM name, e.g. www.wesellbotox.com. However, they are not interested in the underlying HTML coded meta tag information for a website, used to assist in search engine optimisation (SEO) such as keywords, titles and descriptions thus these elements may name a POM.

The MHRA is only able to police the homepage of clinic websites, which they put down to resource difficulties. Sadly, this narrow approach means that they cannot effectively police non-compliant content on other pages within a site that have been optimised to appear higher in search engine rankings than the homepage! The MHRA are, however, proactively checking website homepages and writing to clinics if they are deemed to be in breach. The ASA takes a harder line on the advertising of BoNTA and will look at a website as a whole. They deem that there may be limited exceptions for clinics offering consultations for treating specific conditions for which BoNTA brands may be used. In looking at a particular complaint against a clinic, the ASA considered that it was acceptable for a website to:

“...make balanced and factual references to BoNTA as a treatment option IF the advertisers emphasised the promotion of the consultation rather than any associated POM AND, during that consultation, a range of therapeutic options would be discussed; that consultation may or may not lead to the provision of BoNTA.”

But, if the context or content of claims in the advert go beyond balanced and factual references to BoNTA as one of several treatment options likely to be discussed during a consultation, the ASA is likely to consider the advert promotes the use of a POM to the public [8,9]. CAP recommend that advertisers who wish to refer to BoNTA on websites keep their wording as close as possible to the information provided in the summary of product characteristics or patient information leaflet.

Electrolysis is the only therapeutic option which can genuinely be described as effective in the permanent removal of hair. With light emitting devices, the Code takes its lead from the US Food & Drug Administration (FDA), which has given market clearance for some devices to claim ‘permanent hair reduction’ but not ‘permanent hair removal’. Additionally, the ASA has upheld complaints against advertisers for failing to prove claims they made that their laser hair removal treatments were ‘painless’ [10].

The ASA accepts that skin can be ‘resurfaced’; the claim that lasers can ‘reduce the superficial appearance of wrinkles’ is generally accepted, but claims that the treatment can ‘remove wrinkles or the signs of ageing’ are not. This was highlighted in a complaint where the phrase ‘remove fine facial lines and wrinkles permanently’ was used as a claim for CO2 laser resurfacing. Although the advertiser submitted evidence which showed that CO2 laser resurfacing could improve the appearance of static facial lines, the studies showed those lines could return within a year, especially if the lines were caused by the movement of underlying muscles so ‘permanent’ removal could not be substantiated and thus was misleading [11].

The ASA, CAP and MHRA have produced and attempt to enforce many guidelines regarding appropriate advertising in the cosmetic and beauty industries. Despite these there are many clinics and individual practitioners currently breaking such rules and guidelines. Most offences are still due to ignorance of the specific CAP guidelines but there are an increasing number of clinics which simply flout the rules. The rules are difficult to enforce and provide little incentive for compliance. Aesthetic clinics which market their services within current guidelines often complain that they are operating at a disadvantage compared to local competitors that do not. Often it is a business decision whether clinics can afford to comply with the prescribed guidelines.

The MHRA are taking a more proactive stance in relation to POMs, but openly admit to not having the resources to conduct proper investigations. The CAP has published revised advice and guidance on advertising cosmetic interventions [12], both surgical and non-surgical, and this can be found online. Visit their Advice Online Database (http://www.cap.org.uk/Advice-Training-on-the-rules/Advice-Online-Database.aspx) and look under help notes for anti-ageing, before and after photos, breast enhancement, cosmetic surgery, hair, hyperhidrosis, lasers, mesotherapy, microsclerotherapy and teeth whitening to guide you when preparing your advertising [13]. Similarly, CAP has a Copy Advice Team on hand to help. 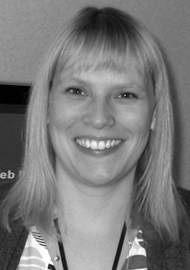