Fight for Sight is the leading UK charity funder of eye research. Since the 2013 Sight Loss and Vision Priority Setting Partnership we have encouraged our researchers to work on priorities jointly identified by people affected by sight loss and by eye health professionals. One of the top priorities for ocular (and orbital) inflammatory conditions was for research to address whether disease severity can be predicted in an individual. When the application for a project on developing 3-dimensional (3D) facial imaging for thyroid eye disease came through peer review as the best candidate for our joint-funding programme with British Thyroid Foundation, we knew it had the potential to make a real difference to patient care.

Thyroid eye disease (TED) is an inflammatory condition of the orbital tissues. Most often associated with autoimmune hyperthyroidism such as Graves’ disease, TED (or Graves’ orbitopathy) can be sight-threatening and have debilitating psychosocial effects. The inflammation and swelling produce complex, variable soft tissue and volume changes around the eyes, which stare or bulge as a result of orbital soft tissue expansion. Sight loss may ensue if the optic nerve becomes compressed. Loss of muscle function around the eye often causes double vision. Proptosis both exposes the cornea to damage and is disfiguring.

Disfigurement is a particular burden for patients. Apart from the anxiety and depression common to people with Graves’ disease, those with TED may have an additional strain on mental health and mood. Disrupted social interaction due to difficulty with normal eye contact – think staring and infrequent blinking – is a likely cause. Health-related quality of life is poor [1]. Existing clinical measures of disease do not correlate with TED patients’ self-perception of disfigurement. Specific, valid, reproducible tools for measuring visible, 3D, periorbital soft tissue changes are lacking. Exophthalmometry – a clinical measure of proptosis – may be used, but evidence shows no significant correlation between proptosis and appearance scores (Wickwar S, Ezra DG, unpublished data). Instead, eyelid swelling and upper lid retraction are more important determinants of disfigurement than proptosis [2].

Contour map of two left periorbital images taken at different timepoints (pre and postoperative), which have been registered and overlaid to show difference in contour (warmer colours indicating deeper surface and loss of volume).

There is, therefore, an unmet clinical need for a more objective assessment of the visible periorbital soft tissue changes in TED. This is what a team at London’s National Institute for Health Research (NIHR) Biomedical Research Centre at Moorfields Eye Hospital NHS Foundation Trust (NIHR Moorfields BRC) and University College London (UCL) Institute of Ophthalmology will address. The year-long research project led by principal investigator Mr Daniel Ezra, with co-investigator Mrs Anjana Haridas and collaborator Mr Nick Strouthides, is the first study of its kind in TED.

The aims are first to provide outcome measures which correlate well with patient-related outcome measures (PROMs) and also to generate an index measure of disfigurement. These measures would be used to classify and characterise disease severity, predict and monitor its course or analyse treatment outcomes.

Dr Dolores M Conroy is Director of Research at Fight for Sight and oversees the charity’s process of peer review. She said: “I’m really thrilled to support this project which will make use of the excellent infrastructure at NIHR Moorfields BRC. “TED affects around 400,000 people in the UK so the potential benefits to people threatened with sight loss are already significant. It’s great to see that 3D facial imaging could also have wider application as a tool for developing PROMs for glaucoma, which affects around 500,000 people in England and Wales.

“Fight for Sight is also funding research into the molecular pathways underlying TED and the investigation of novel targets for treatment. This is a three-year project that started last October, led by Dr Maryse Bailly and Mr Daniel Ezra.” 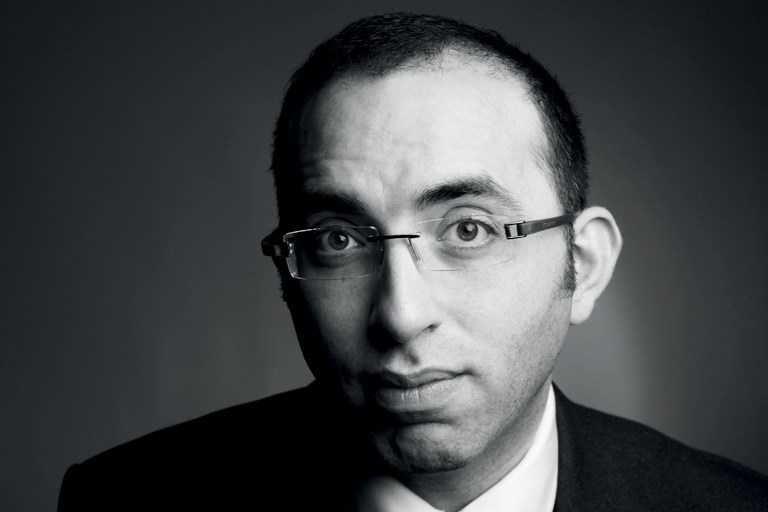 Daniel Ezra is a Consultant Ophthalmologist and Oculoplastic Surgeon, currently Research Lead and Training Director for the Adnexal Department at Moorfields and Honorary Lecturer at the UCL Institute of Ophthalmology. He was an undergraduate at King’s College Cambridge and went on to higher surgical training in the North London Region. He has also completed fellowships in oculoplastics and cosmetic and reconstructive surgery. He told us more about the project.

Existing research has underestimated the psychosocial consequences of the drastic changes in appearance in TED. These are as important as visual loss to patients with regard to the impact on quality of life. Exophthalmometry is an important measure of the response to medical and surgical treatments but it is unable to account for soft tissue swelling. A recent Cochrane review [3] determined that proptosis alone is a poor outcome measure for TED patients undergoing orbital decompression.

VectraM3 captures 3D images of patients which we can then analyse for volumetric changes in contour and shape. It can also simulate changes in facial appearance to help patients visualise the potential results of decompression and blepharoplasty surgery. This is important because patients confronting a decision about whether to go ahead with surgical rehabilitation find it very difficult to weigh up the potential benefits, as they simply don’t know how they might look afterwards. Although we can’t guarantee an outcome, the process of image manipulation to predict outcome could be very helpful in supporting patients to make this important decision.

We can also look at how the orbital volume is changed by decompression surgery. Mapping upper and lower eyelid changes will give us a better understanding of how decompression changes orbital morphology.

A further aim is to improve monitoring, which is essential in the acute phase of TED to determine disease progression. Current clinical measures are not adequate to objectively identify how the disease is changing. Exophthalmometry is a key clinical measure, but it’s a 19th century technology which is highly operator dependent and measures only corneal position relative to the orbital rim. 3D imaging will allow us to objectively assess volume changes across the whole orbit which may be more sensitive to more subtle changes resulting from disease progression.

What do you hope to have at the end of the project?

We hypothesise that developing an objective 3D volumetric assessment of TED would have a number of immediate clinical benefits. We’d have a better understanding of the effects of orbital decompression. Early studies on the system of orbital septae suggest that volumetric changes induced by surgery or disease are likely to be complex but this has never before been assessed. We would also be better able to detect and monitor disease progress.

Another novel treatment proposed for TED patients is the use of topical prostaglandin analogues (PGA) which have been shown in preclinical studies to inhibit adipogenesis [4] and have been proposed as a potential treatment to reduce proptosis in TED. We think 3D volumetric assessment could add further evidence on whether this potential treatment may be effective.

No systematic work of this kind has ever been done in TED. Our research aims to help answer the question: Is the Vectra-M3 3D imaging system a useful and reliable tool for managing TED, in terms of the initial assessment, disease monitoring, peri-operative counselling and post-treatment assessment?

We already have data from volunteers without TED who we imaged on two occasions with the same and different operators. We needed to define the landmarks required to reliably determine changes in orbital volume in preparation for the current project. Outcomes from that study determined baseline variation in periorbital symmetry between the two sides of the face, variation in the same subject over time, intra- and inter-operator variability and lastly reproducibility and accuracy compared to standard clinical measurements. The system worked – it was effective. So if it is also effective in TED, 3D imaging has huge potential for improving patient care.

Tell us more about the experimental protocol

Study 2 is a longitudinal study of TED patients with active disease, comparing serial imaging measures to clinical activity scores (CAS). This will determine whether volumetric changes describe activity of TED better than or alongside CAS.

Lastly, in Study 3 we’re assessing PGA effect unilaterally on periorbital soft tissues in a cross-sectional analysis of glaucoma patients. 3D imaging will be used to quantify differences in periorbital volume between left and right sides and correlated to duration of PGA treatment.

We will use the same acquisition parameters and analysis for all studies, based on our previous validation work. Descriptive statistics only will be used for the analysis.

What drew you to oculoplastics research?

Oculoplastics is an extremely challenging field combining aspects of ENT, dermatology, maxillofacial and plastic surgery with ophthalmology. The clinical problems I encounter are extremely diverse and often require novel and bespoke treatments. In dedicating so much time to research, I am often regarded as unusual in the field. The research culture is generally somewhat behind that of other subspecialties, but I am hopeful that this culture will change. Oculoplastics is a young specialty and as it comes of age, we need to see a move in the research base from case series and expert opinions to prospective clinical trials and translational early phase studies.

Janis Hickey is Chief Executive of the charity British Thyroid Foundation (BTF), which has partnered with Fight for Sight to fund the NIHR Moorfields BRC 3D imaging project. Janis founded the BTF in 1991, following her own experience of thyroid eye disease (TED). The BTF provides information on all thyroid disorders and supports people affected by them including campaigning for improved treatment and care for thyroid eye disease across the UK.

“I was 29 in 1984. Recently married; looking forward to family life; diagnosed with Graves’ disease. The clinicians managing my case were most concerned with my functional vision, and indeed I did have peripheral double vision. But they didn’t really consider my appearance. For me – that was the main thing at the time; how disfiguring and distressing it was to have an involuntary facial expression that could be described as ‘startled’, ‘frightened’ or ‘aggressive’. You just do not look ‘normal’.

“Time went by, but dealing with the physical and emotional aspects of the disorder remained difficult. The over-activity of the thyroid gland heightened the anxiety I felt about my appearance, and fuelled the growing doubts I had about whether I would ever look normal again. My young children could not understand my low moods and I tried to hide my misery from them. When I talked about my feelings, which wasn’t often, I found my husband, family and friends to be supportive, but I often felt isolated and wanted to hide away – such was the way I perceived my disfigurement.

“Over 25 years I underwent several operations to correct the disfigurement. The early procedures included lateral tarsorrhaphy and lengthening of the upper lids. Both operations were designed to make the eye orbit appear smaller. Neither was successful: the first failed because of the pressure of the bulging eyes and the second transformed me from ‘goldfish to Garfield’ (as one consultant eye surgeon perfectly described it). In 1998 I had orbital decompressive surgery. It’s not for everyone, and it wasn’t exactly straightforward – I had to have more corrective surgery – but it made my life so much better in the end. Had the 3D imaging technology been in place then, perhaps we could have got there sooner.” 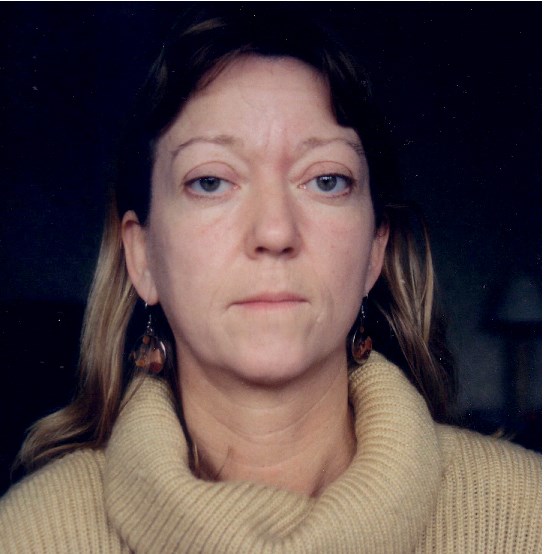 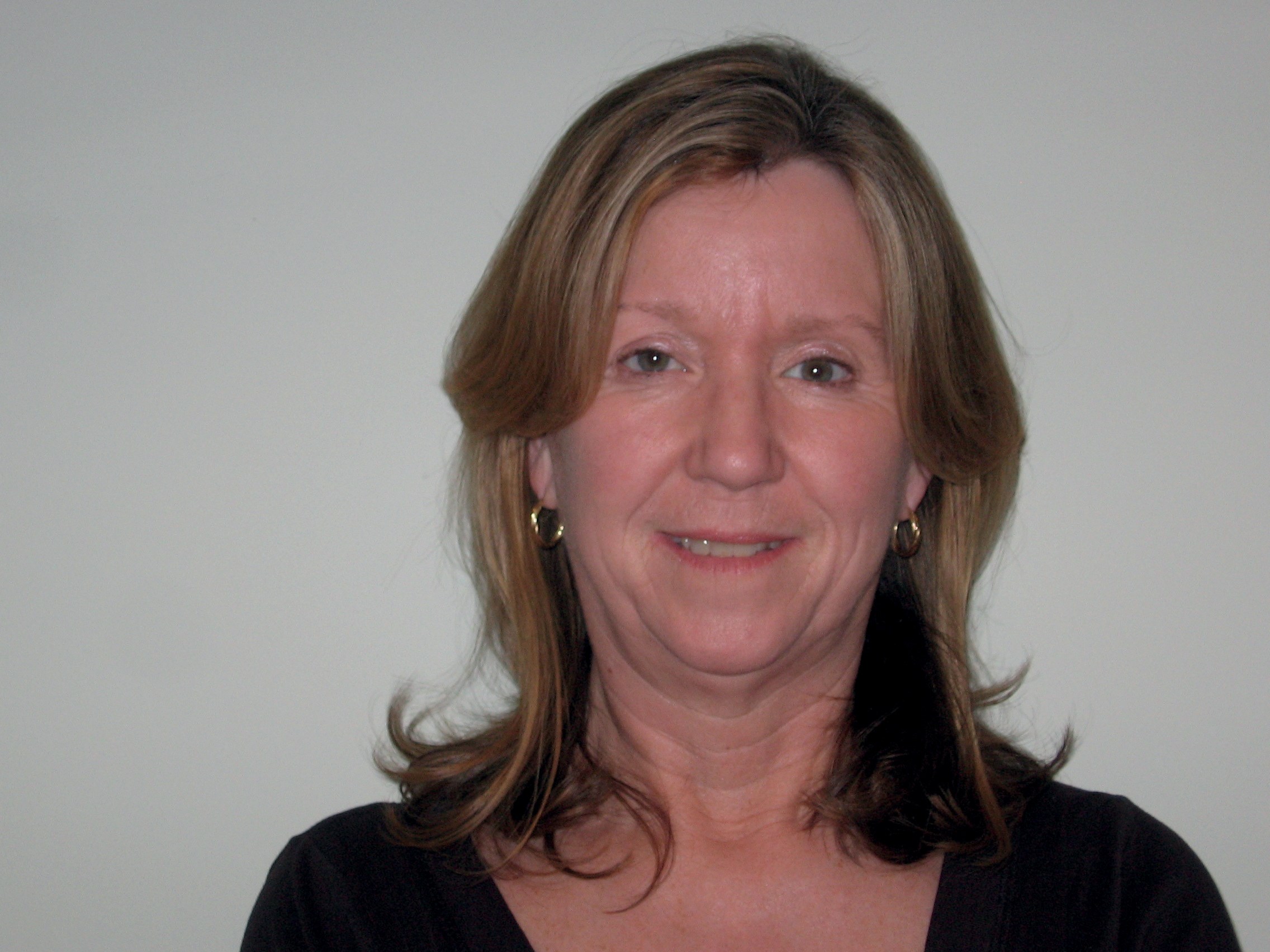 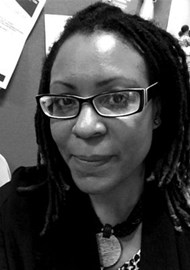 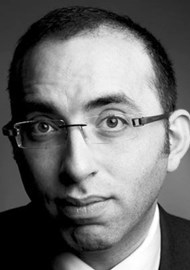