2016 arrived with enthusiastic celebrations although these were more muted in some parts of the world due to local and regional difficulties. As we started to look towards the inevitable return to work in the UK, we heard of the junior doctors’ negotiation failure and the renewed possibility of industrial action. In the aesthetics sector we were looking forward to the next round of conferences and events – when the story broke in the popular press of a cadaver based dissection course for beauticians in Newcastle.

There is a lot of open discussion regarding the appropriateness of such a course. It would appear that the university facilities were hired by an external tutor and company that provides anatomical teaching for allied medical specialists (e.g. physiotherapists). In this particular case the teaching was for a group of beauticians involved in performing non-surgical injectable treatments.

The events have kicked off a number of debates – some emotional – and highlighted some issues that face the aesthetic sector. As the tutor is reported to state, in the absence of tighter regulation of the industry, it is important to make treatments as safe as possible for patients. Anatomy is a fundamental part of teaching healthcare and allied healthcare professionals. Although much may be said about non health-related professionals being involved in anatomy – we should remember that historically anatomy and indeed operating theatres were considered as public and not restricted to medical professionals. So should non healthcare groups have access to anatomy teaching / dissection? Although that is a valid question it cannot be answered until the main issue of who should be injecting is addressed.

It is quite correct to say that the aesthetic sector lacks regulation, and that things appear to be relatively ‘flexible’ allowing a lack of clarity. So who should be allowed to inject? A view within the medical profession is that it should be restricted to those with professional medical registration General Medical Council (GMC) / Nursing & Midwifery Council (NMC) / General Dental Council (GDC). However, the current regulations allow anyone to inject fillers without necessarily being a medical practitioner, as long as they do not claim to be a medical professional. The UK is unique in allowing freedom for a wide group of ‘specialists’ to inject – other countries are very specific as to which specialists are allowed to inject, e.g. plastic surgeons and dermatologists only. Where does one draw the line? This is something that may require open debate; medical, non-medical and patients’ views will need to be considered within the context of the development of a consistent regulatory system for all under one body.

At present the lack of consistent regulation also allows a variety of names to be used; e.g. who is a surgeon, a ‘fully trained surgeon’ or even a consultant? The public is confused – does the Membership of the Royal College of Surgeons (MRCS) indicate a surgeon or a fully trained surgeon as compared to the Fellowship of the Royal College of Surgeons (FRCS)? A quick trawl through websites will show a wide range of terms in use. The ‘rules’ do not appear to be explicitly communicated – perhaps there should be formal sections on the post-nominals used in the UK and the appropriate terms that can be used. A section on appropriate websites may help in that respect, otherwise how can the public differentiate between all the terms being used? There is no consistent terminology and if the above paragraphs have been read carefully I have used different terms here – healthcare professional, allied medical groups, medical professionals, practitioners, specialists – and I wonder how many of you would have picked up the different terms and challenged the use of those terms?

An embryonic Joint Council for Cosmetic Practitioners (JCCP) has recently been established between the British College of Aesthetic Medicine (BCAM) and British Association of Cosmetic Nurses (BACN) to establish an oversight / regulatory body for the cosmetic medicine sector in England. This does not appear to include dermatologists or surgeons, many of who are involved in the treatment of problems associated with these treatments. Both the Department of Health and Health Education for England recognise that for “such a body to be credible it would need to have widespread support from stakeholders, including the wide range of practitioners involved in delivering non-surgical treatments.”

How the Council would enforce their regulations and be aligned with the GMC and NMC and how the membership would have to shoulder the financial responsibilities will need to be seen. Surgeons are in the process of considering voluntary certification and it is presumed this may be a four figure sum to apply for. The surgical colleges’ definition of the scope of work does not include non-surgical cosmetic procedures such as Botox, dermal fillers and chemical peels; as such surgeons may then also have to consider their position and consider another regulatory body, perhaps the JCCP, and how the regulations of that body would be aligned with regulations from the colleges and GMC will be another challenge.

It is of interest that some specialties, e.g. travel medicine, already have a multidisciplinary faculty within the aegis of a royal college. A dynamic ever increasing specialty such as aesthetics with its multidisciplinary groups / practitioners, with no specified training pathway or coherent regulations is calling out for a college faculty that would have the ability to speak with authority on aesthetics within the UK. We all have to work together towards the common goal of providing the best possible care with appropriate standards of training for the patients / clients (whichever term you are comfortable with) within our scope of practice. This will be the challenge for all of us within the aesthetics specialty as we go into 2016 and beyond. 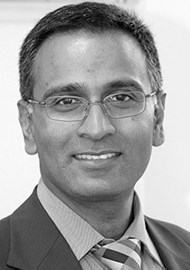