How I Do It - Treating cellulite: Cellfina
By Emma Sheehan

Cellulite is characterised by the dimpling of the buttocks and thighs which causes an uneven texture of the skin surface. Worldwide, cellulite affects 84 million women. Causes of cellulite include genetics, sedentary lifestyle and weight gain. Cellfina targets the structural cause of cellulite – the fibrous septae. Fibrous septae are structural bands just under the skin’s surface which pull the skin downwards creating the tethered appearance we all know to be cellulite.

Cellfina is the only EU CE-marked and US Food & Drug Administration (FDA) cleared procedure clinically proven to treat the primary structural cause of cellulite. It is a one off procedure which is very well tolerated and gives a long-term improvement in the appearance of cellulite of the buttocks and thighs. The tissue stabilised-guided subsicion system provides precise control of treatment depth and area of tissue release. It is a simple treatment with long lasting results and there are now images taken five years after initial treatment to prove the longevity of these results.

Cellfina is a single treatment which usually takes approximately 90 minutes depending on the patient and the extent of the area being treated. It is carried out under aseptic conditions. It is very important to obtain pre-procedure photographs while buttocks and thigh muscles are both in tense and relaxed position. One of the most important steps of the procedure is marking of the dimpled areas. Markings are performed under optimal lighting and checked at different angles to ensure all areas of cellulite are clearly visible. It is important when marking the cellulite to again request that the client tense and relax the areas involved to ensure all areas are included. Photographs are also taken following the marking. These photographs are then printed and used to plan the order in which the dimples are released. 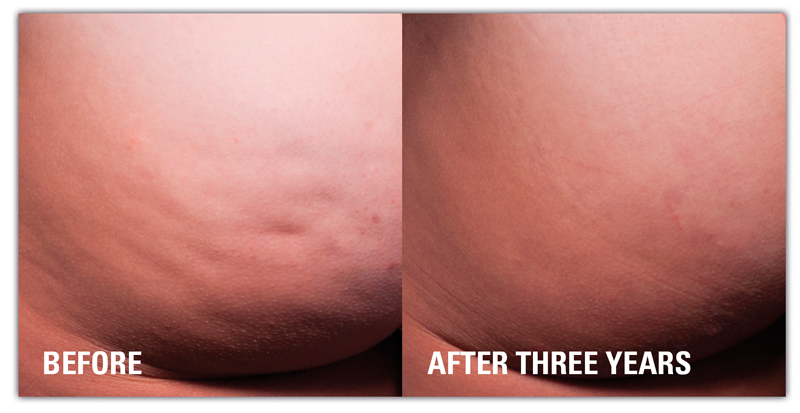 Before and after photographs of a patient at Coleman Center for Cosmetic Dermatologic
Surgery, demonstrating results three years after one Cellfina® treatment.

The client then lies in a prone position, a betadine solution is applied to the area and sterile drapes are applied. The local anaesthetic is then administered. Once the local anaesthetic has had adequate time to take effect a circular device is used to gently suction the tissue to a depth of either six or 10 millimetres depending on the extent of the depression caused by the fibrous band. A tray is then used to guide the needle device to precisely release the fibrous septae beneath the skin surface. The six and 10 millimetre depth device can be used in adjacent areas to minimise the creation of pockets where fluid can potentially collect.

Once all the marked dimples are released the tissue is gently massaged to exude any excess fluid. The areas treated are then covered with sterile dressings. There is no downtime following Cellfina. The client is advised to take simple analgesia if needed, however this is rarely required.

The results of Cellfina have shown to be maintained at three years and at this three year stage there has been a 93% patient satisfaction rate. 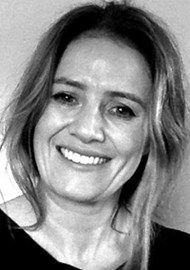